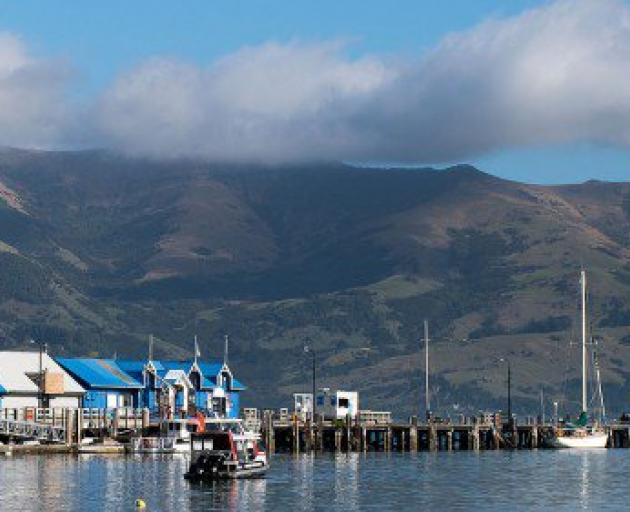 Plenty of feedback has been received on the Akaroa wharf.
A number of Akaroa wharf users believe cruise ship-related congestion is limiting community use.

The city council received 95 submissions during a month-long public consultation seeking ideas or suggestions on the wharf.

Forty-eight submissions cited cruise ship crowding as an issue for the present wharf, followed by 19 submissions on safety concerns relating to the condition of the 130-year-old structure.

Akaroa Ratepayers and Residents Association chairman Harry Stronach said local people are unable to use the wharf when it’s busy with cruise ships.

“There’s just so many people and so much activity on the wharf that it becomes quite difficult. There are issues with safety as well.”

Fourteen submitters have raised issues with tourism and retail premises restricting space, while 11 have voiced concerns over refuelling access.

Ten are unhappy about access for recreational boats and that buses collecting cruise ship passengers are causing traffic congestion.

Fifteen submitters believe any new wharf needs more seating while 14 suggest access for local fishing and tourist operators needs to be improved. Eleven want a jetty built south of the boat ramp or near the recreation ground to better service tour bus passengers.

However, 32 submitters cite recreational fishing as “working well” with the current wharf and 24 are happy with the commercial and tourism use.

Many favour an “over-water“ restaurant or cafe, along with a shelter at the end of a new wharf.

Nine submitters want the “heritage” wharf preserved, while eight want a new wharf with improved water and land access and a structure in keeping with the history of Akaroa.

Meanwhile, several submissions favour the “picturesque” present wharf and its good location. Formal consultation on a concept design for the new wharf is due in early to mid-2020.

City council head of parks Andrew Rutledge has welcomed the high level of community engagement on the wharf facilities.

“The range of views and suggestions clearly illustrates the high level of interest in the wharf, and the importance of having the community involved in the process,” he said.

“Our next step will be further consultation with the Banks Peninsula Community Board as we move closer to a formulated concept design for the Akaroa wharf.”

City council staff have been collating information on the condition of the wharf, including the impact on the environment of any new structure.

The information – alongside the public feedback – will help with the design of a new wharf.