Eating disorder: Diary of a Christchurch inpatient - 'My body was wasting away' 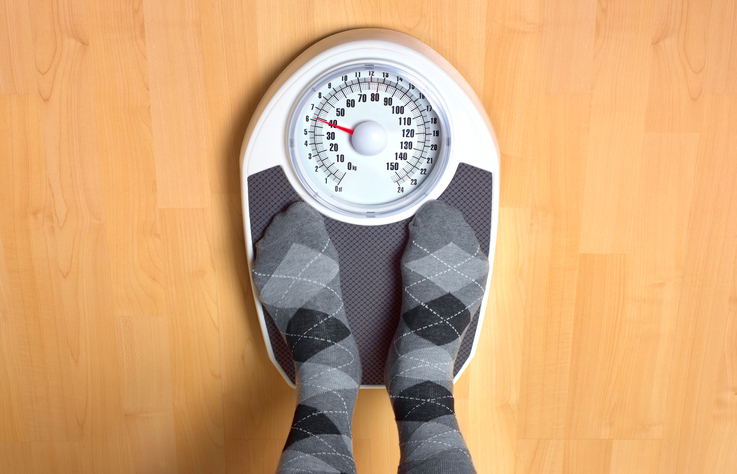 Photo: Getty Images / File
A Christchurch woman whose eating disorder saw her plunge to the weight of a small child has shared her story in a bid to highlight "crisis" levels of illness in New Zealand.

Megan Nelis, 24, who survived anorexia and four stints under 24-hour monitoring as an eating disorder ward inpatient, says she had to fight to get the care she needed in a public health system that is severely under-resourced.

The Herald has been looking into eating disorders in New Zealand, which have increased dramatically in the last 12 months. 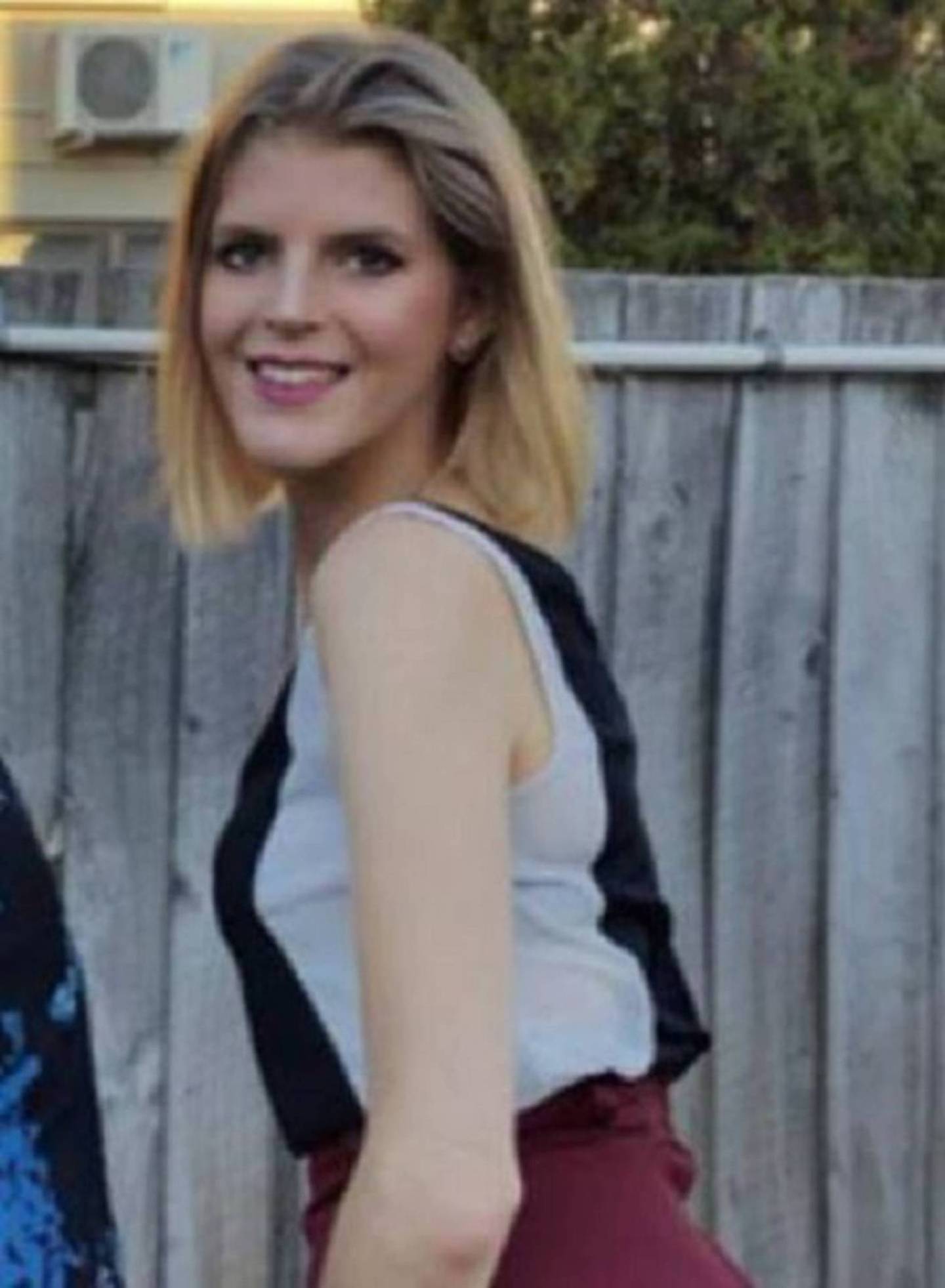 Megan Nelis spent months in the South Island Eating Disorder Service ward as she battled anorexia. Photo: Supplied via NZH
Patients and parents alike say there is not nearly enough help available and have called on the Government for more funding and support as they battle life-threatening conditions like anorexia, bulimia and binge-eating disorder.

In total she spent four months as an inpatient at the South Island Eating Disorders Service at The Princess Margaret Hospital.

The service has eight beds, reserved for the most urgent cases - with many on the waiting list for admission or outpatient care.

Nelis gave an insight into what life was like in "C-ward", a place many are desperate to get in to, and countless others never want to return.

If you or someone you know needs help with an eating disorder, there is information for services and support groups at the bottom of this article.

"This is not a place you ever want to find yourself in," said Nelis of the inpatient ward at PMH.

"It is not fun. It is not glamorous.

"It is frustrating. It limits your freedom.

"You are living in a bubble of disordered eating where your life - work, study, friends, family, personal interests and hobbies and greater autonomy - are dictated by the ward staff and what best benefits your recovery."

Nelis said when she was first admitted as an inpatient her body was "wasting away".

"My heart and other organs were literally feeding on themselves in order to get energy needed to keep me alive," she said.

"My heart rate was 40, where it usually lies between 60 to 80 in healthy people, and blood results looked appalling - I was told I wouldn't last much longer if I kept going the way I was.

"I spent four months collectively as an inpatient in the eating disorders unit at the hospital.

"Spread across four different admissions, with both nasogastric tubes and the Mental Health Act enforced on me, I spent long periods at a time gaining weight under the careful eye of specialist doctors, nurses, and accompanying staff."

Nelis is now recovered and grateful she was able to get the help she did, but is painfully aware of the shortcomings of the system for others.

"Our public resources and services are limited and stretched out doing their damn best - it's really time for the government to give the crises of eating disordered, disordered eating, and obesity the attention and resourcing it deserves," she said. 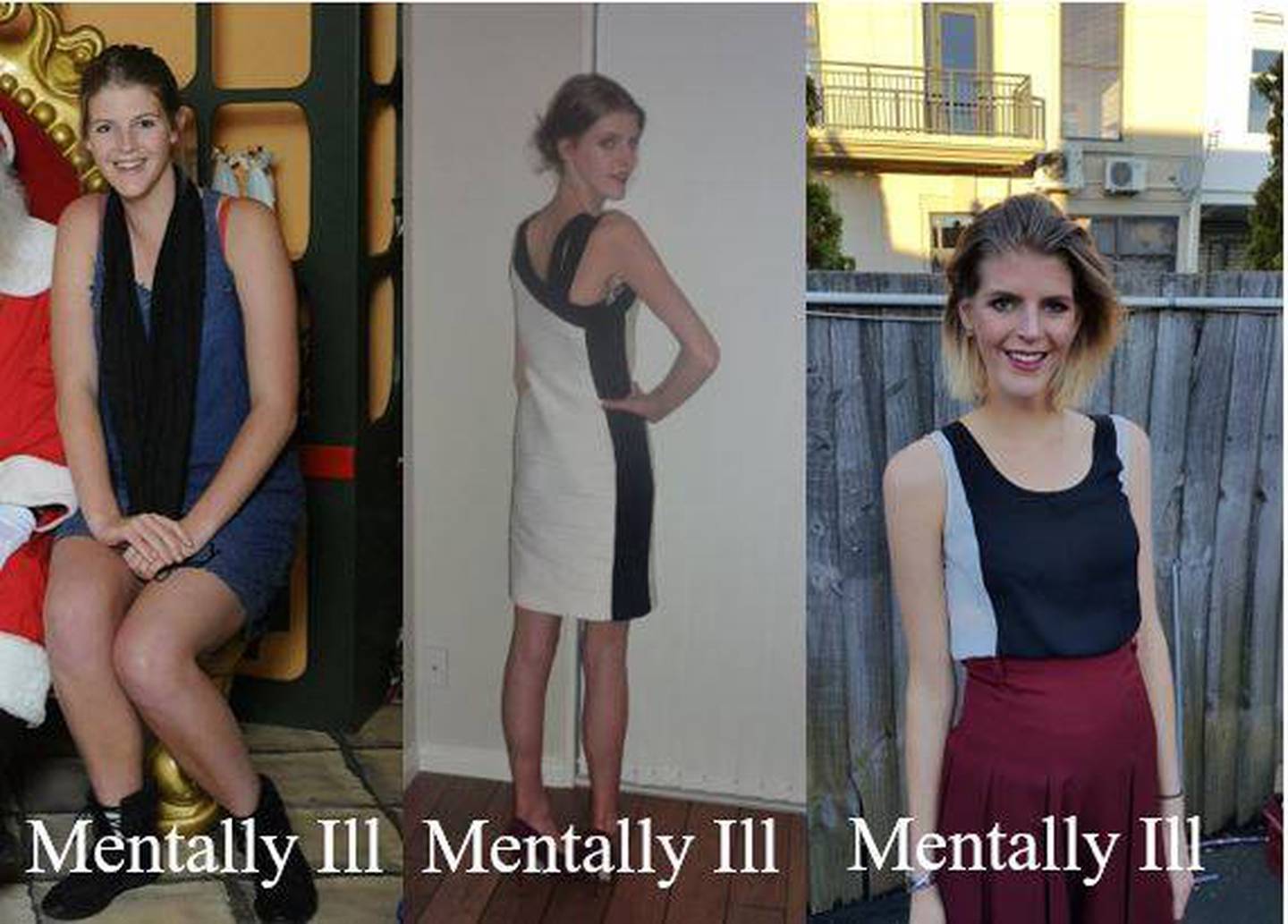 A photo Nelis posted to show her at the stages of her illness. Photo: Supplied via NZH
An inpatient's diary - a day in the life in an eating disorders ward
From the moment patients wake until the moment they sleep - and then every hour in between - they are monitored. Watched.

Their sickness cannot be left to its own devices. Their health is far too precarious for this once they are admitted.

They wake at 7am each day.

Mondays and Thursdays start with a weigh-in.

"Most of the patients would eat together in the dining room and lounge - a nurse would eat with you. This was called 'supported eating'," said Nelis.

"The radio was often put on to fill gaps in conversation, and lessen the tension in the room.

"You would have 30 minutes to finish all food and drink - otherwise a nutritional supplement would be provided, a calorie-dense shake."

At 9am it was morning medications time, medical observations and blood tests.

"Typically you would get an echocardiogram on the activity of the heart rate and rhythm, lying and standing blood pressure and temperature," explained Nelis.

Most had observations done on weigh-in days only - more often for those deemed "medically unstable" and less for those with "no concerns".

Then off to the "on-campus school" for those still attending and "free time" for the older patients unless they had appointments with their care team - one of a psychologist, psychiatrist, social worker, occupational therapist and nurse.

"Free time fillers would include making use of the craft room on the ward - although supplied were limited due to funding - doing jigsaws, playing cards or games with the nurses and other patients, reading or watching something," Nelis recalled.

At 10.15am it was supported morning snack time.

"This would be the same time every day you were there, consisting of a food or drink item - slice, muffin, half sandwich, crackers and cheese, banana, dried fruit and nut mix," said Nelis.

"Once again if you failed to eat all the food in the 10 or 15 minutes you were given, a nutritional supplement shake was provided.

"Once per week for some patients 'snack exposure" would happen. A group of older patients, or those more along in their recovery, would go out to a cafe accompanied by one of the ward's occupational therapists and order their morning tea off-site instead.

"Due to lack of service funding - this was paid for by the patient, which was pretty hard and testing for someone who may really struggle with food to buy something fearful for them."

Then back to school or free time until lunch.

Nelis said school was "a great way of providing some routine and consistency" but if you were not a student it got "rather hard to fill the time".

At 12.30pm it was time for lunch and post-meal supervision.

"As per breakfast - same rules apply for those not able to finish the meal," said Nelis. 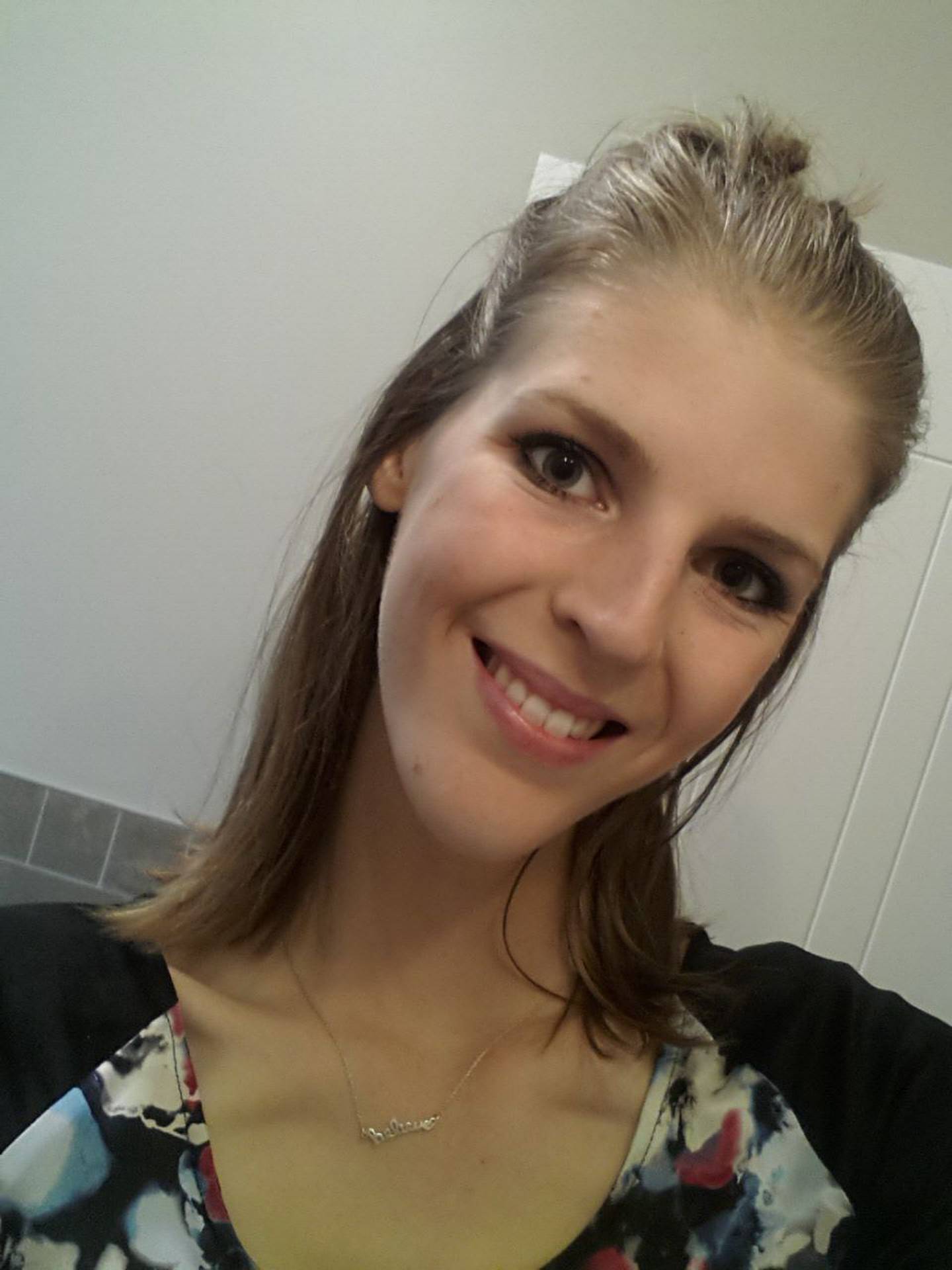 Megan Nelis says her body was "wasting away" as anorexia took over her life. Photo: Supplied via NZH
"For the hour after lunch, patients are not able to leave the dining room, and move to the lounge area to be supervised by a nurse.

"Post-meals are a difficult time for a number of eating disorder patients and when compensatory behaviours are easy to do - for example purging, exercising, self-harm.

"You were not allowed your phone or an electronic device - so typically the time was spent doing jigsaw puzzles, reading, playing cards with other patients, or colouring in."

The afternoon was a regimented daily routine of free time, another supervised snack and visits from family or friends.

For some, a walk was allowed.

"Exercise was limited to facilitate the weight restoration process and address any addictive or compensatory exercise behaviours," said Nelis.

But bed was never the end of the day for C Ward patients.

"You would be checked on every hour by the night nursing staff at the very least - anywhere as frequent as 15 minutes, or on 24-hour watch if you needed the extra monitoring and supervision," Nelis explained.

"It was common if you were medically unstable or beginning your stay to have a 3am blood glucose finger test - if your levels were too low, they would wake you up to have a sandwich and juice and not allow you back to sleep until your levels were back in a normal range.

"At the weekends, nothing much changed except young patients had no school and leave could be requested, and family outings could occur.

'You applied for leave to the ward staff during the week and would be approved/denied by the team based upon your behaviour on the ward and progress in your recovery and weight restoration journey."

Help needed - recovering patient begs govt to do better for battling Kiwis
Nelis appreciated every minute of help she had received for her disorder - but said the system needed to do much better, for many more people.

"Most of the patients are youth - this is what the ward is primarily designed to support as they have the best chances of a full recovery," she said of her experience.

"Adults and repeat patients have a harder time being admitted - or are admitted on a limited-time basis and subject to more strict compliance and medical stabilisation-only goals, for example, come in, gain the weight, and get out.

"As an adult inpatient I fought every week to prove that I was worth that bed on the ward, something I didn't have to do as a youth-aged patient."

She said every person with an eating disorder mattered and wanted to see more resourcing and support across the board - not just for the worst cases.

"There is a place for inpatient treatment in recovery - but you do not need to become an inpatient to be validated or verified as 'sick enough'," she said.

"However far along you are in your struggles - you are worthy of a life without an eating disorder and the support to help you get there."

Get in touch with Eating Disorders Association of New Zealand if you need help finding a private provider in your area by phoning Ph 0800 2 EDANZ or emailing info@ed.org.nz

If you need urgent help, reach out to your GP or local mental health provider.