'Fix this frigging mess': Bromley residents fed up with stench 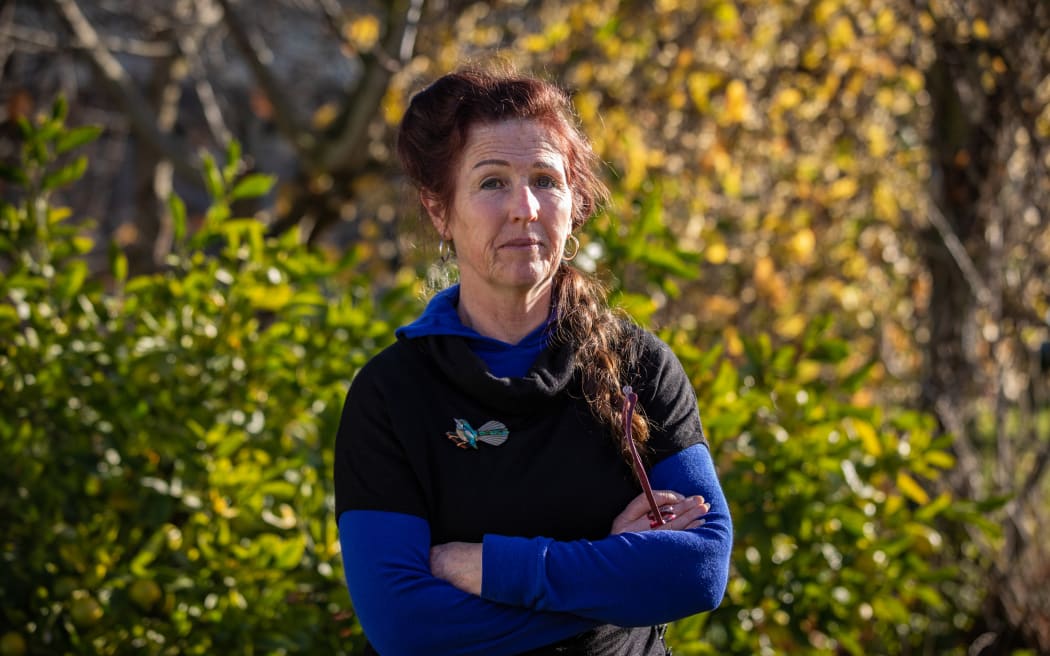 Bromley resident Vickie Walker has endured months of ill-health and disrupted sleep which she is blaming on the foul odours from the damaged wastewater plant. Photo: RNZ
People fed up with the putrid stench from Bromley's wastewater plant are on the brink of protesting against Christchurch City Council's handling of the crisis, as more long-term air quality monitoring begins.

The civic response has sown distrust among residents who have found it increasingly difficult to reconcile the nauseating effects of the smell with council claims there is nothing in the air that poses a "physical risk" to people's health.

They do not believe the sulphurous gases invading their homes - including one known as swamp gas - are not toxic despite the results of weekly air quality tests published online since the end of April.

After months of headaches, nausea and disrupted sleep, Bromley resident Vickie Walker warned people suffering from the stench could soon make life uncomfortable for the council.

"They need to pull their socks up."

After six weeks of tests to determine the gases contributing to the odour, their source and their impact at various distances from the burnt-out treatment plant, the council has introduced more long-term air quality monitoring.

One hydrogen sulphide meter has been stationed at Bromley School since May 30 - the council has set up two more in the area and ordered a further six. 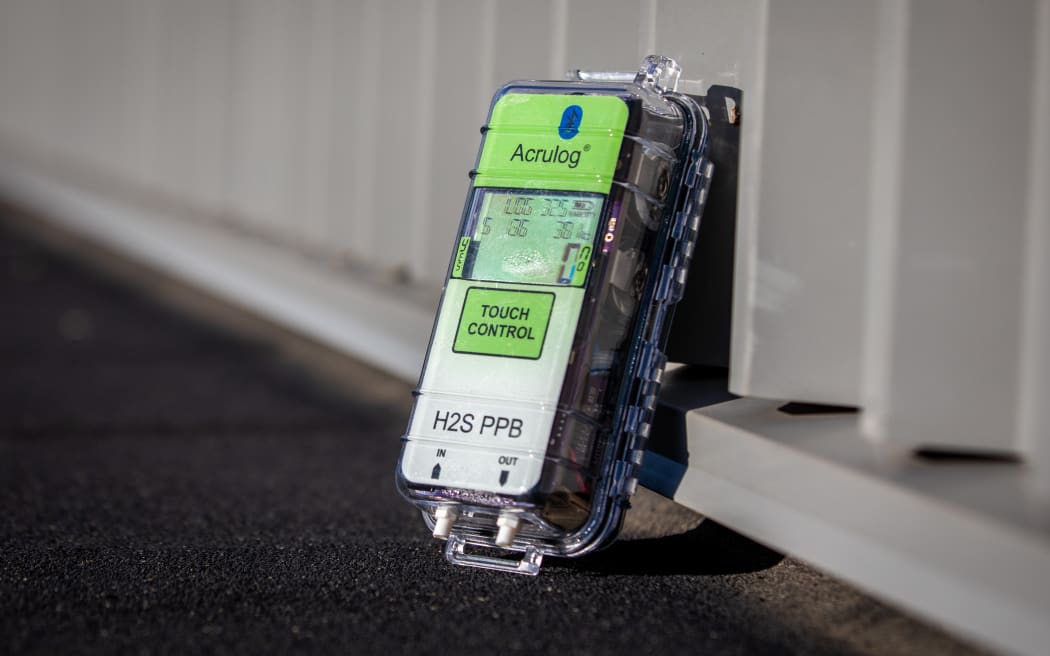 One of the new devices for measuring air quality. Photo: RNZ
Tests close to the plant show hydrogen sulphide has hit levels that can cause headaches and nausea, with 139 parts per billion recorded at Bromley butcher Value Plus Meats in results published on 1 June.

"Levels of contaminants are below the levels where we would expect toxic effects, so that can give you some confidence, but that doesn't mean that there aren't health effects," she said.

"Exposure to hydrogen sulphide, a gas which is a component of the odour arising from the damaged trickling filters and the treatment ponds, can cause nausea, tearing of the eyes, and headaches at relatively low concentrations. It may also worsen symptoms in people who have asthma," she said in a statement.

"Even if those exposed to the odour do not experience physical health effects, continued exposure to unpleasant or noxious odours can still have an adverse effect on their mental wellbeing, particularly when they have limited or no ability to avoid ongoing exposure."

Brunton said the district health board was still considering a request to establish a health registry, but it was more important for people experiencing health problems to see their GP.

The DHB has employed its own air quality consultant to independently review the monitoring data.

Still, Walker and many others do not trust the test results.

"If there's nothing toxic, then why are our doctors concerned? Our doctors are saying it's not okay. The safety level that they've set must be far too high," she said.

"You just feel hopeless about all of this and it's dragging a lot of people down."

The council's new Acrulog H2S monitors are designed for continual use and can record levels of hydrogen sulphide down to three parts per billion. 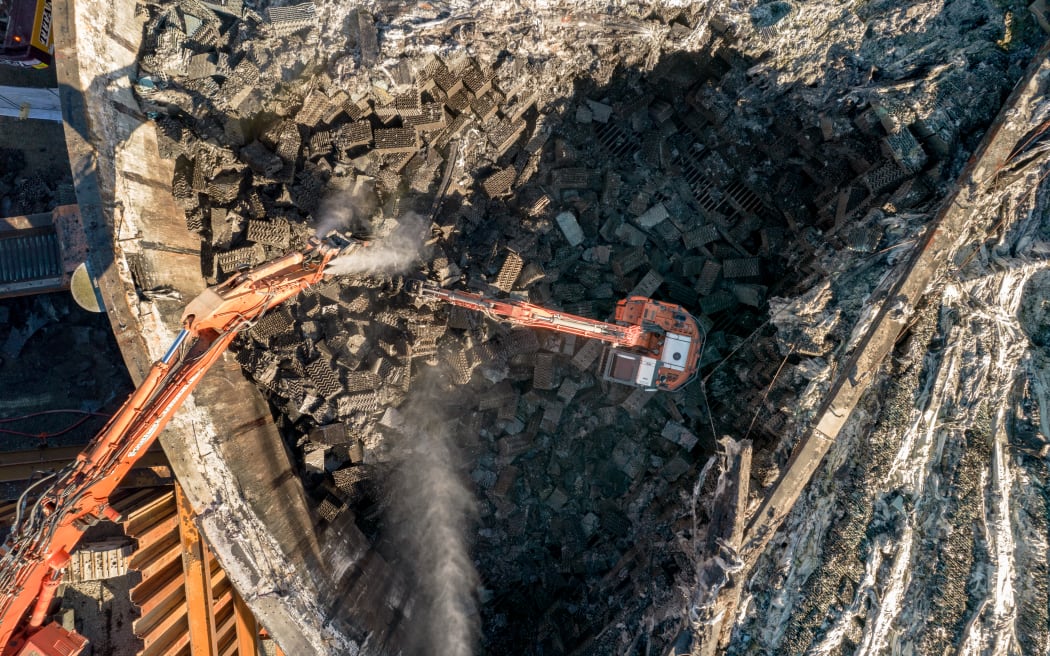 Part of the damaged plant. Photo: Supplied/Christchurch City Council
They differ from the "grab samples" taken so far because they are a continuous record of airborne contaminants, not just a snapshot in time.

"They still feel sick or they still feel nauseous despite the fact that the results for the gases are showing up as meeting guidelines. That's a separate issue, that's to do with the effects of the odour, in my view, rather than whether one gas or another is meeting a guideline."

Even though the stench made people feel ill, he said they should at least trust the hydrogen sulphide test results.

"I think with the types of specialists and air testing they're bringing in they should develop some confidence in those," he said.

The council is yet to determine where to put the other hydrogen sulphide monitors, with proposed locations including the school, the south-west edge of the oxidation ponds, a Ruru Rd property close to the ponds and South New Brighton.

She said the foul smell triggered a fight or flight response - her inclination was to run away.

"How can this happen in 2022? There's something dodgy gone on somewhere or someone hasn't done their job."