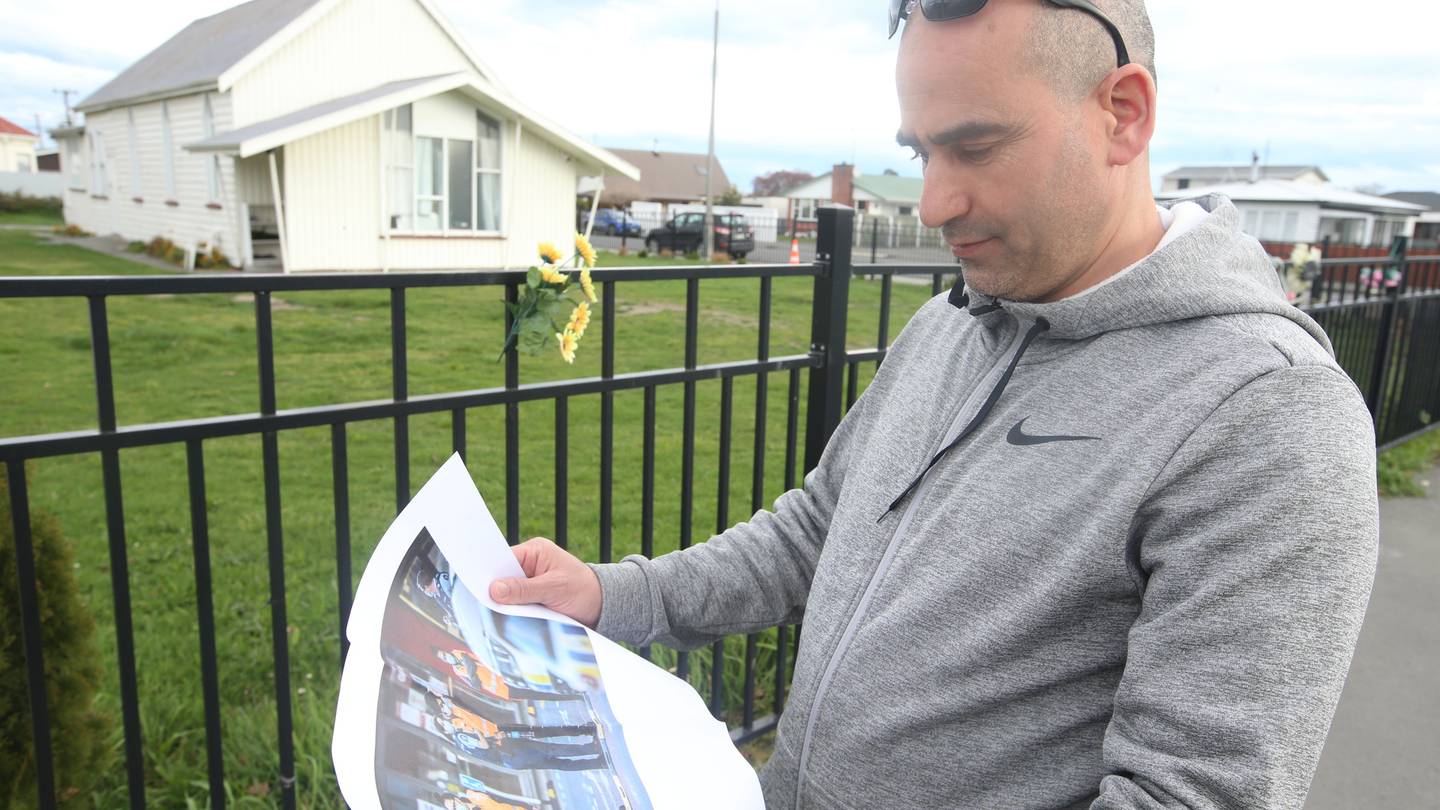 El Ouafi Aghoutan glances at a photo of the aftermath of last week's terror attack. Photo: Adam Burns / LDR
A heartbroken survivor of the Christchurch mosque attacks is pleading with the Government to take a tougher line around terrorism activity.

Ashburton's El Ouafi Aghoutan is calling for a legislative overhaul in order to keep the community safe, two years after he narrowly avoided the massacre where 51 people were gunned down on one of New Zealand's darkest days.

Sri Lankan national Ahamed Aathill Mohamed Samsudeen was shot dead by police after he went on a stabbing rampage at a West Auckland supermarket, leaving multiple people in critical conditions.

It was later revealed that Samsudeen had concerned authorities in recent years due to what has been described as his "Isis-leanings'' and ideological beliefs but he was still unable to be deported.

Aghoutan said he was saddened when he heard the news of the attack.

"My heart is broken about what has happened to these people,'' he said.

"I feel the pain for these injured people and their families and friends."

It is a trauma that he, Aghoutan, knows all too well.

He was inside his parked car outside the Linwood Islamic Centre on March 15, 2019, having arrived for a prayer session when a gunman shot and killed seven people.

It was the second mosque targeted by the terrorist, who had earlier slain 44 people at Al Noor Mosque in Riccarton.

It was later revealed the terrorist had a mosque in Ashburton in his sights before he was captured by police.

The latest act of violence has sparked further questions around New Zealand's terrorism laws as failed attempts to deport Samsudeen culminated in intensive surveillance by police.

"They need to be strong, and not be soft with these people.

"There's no point in spending taxpayers' money in following these people, it probably cost a lot of money."

He added that Samsudeen's actions were not indicative of the outlook of the wider Muslim community, which underlined "peace, love and life".

"If you kill a person, you hurt all of humanity, that's what's in our Quran (Muslim's holy book).

"But I don't know how some people's brains work, or how some of these people think."