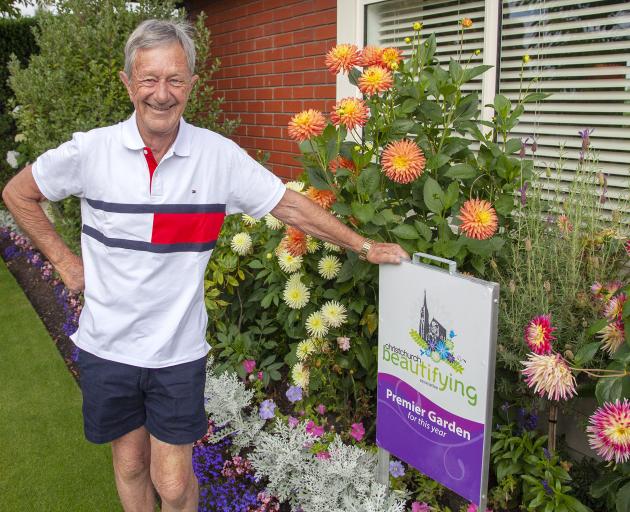 Peter Lawrence. Photo: Geoff Sloan
It isn’t cheap to maintain an award-winning garden each year, particularly in Christchurch, a city teeming with fierce and passionate competitors.

But Northwood's Peter Lawrence is no stranger to the Christchurch Beautifying Association summer garden competition and has worked what felt like “25 hours a day” maintaining his $10,000 garden.

Many hours and early mornings paid off when he took out 11 awards at the annual competition this year.

Regarded as one of the city’s best gardeners, it was not his first win – he even has a trophy named after him for the rest home and retirement village category and has claimed nearly 100 awards since he started competing in 1974.

But taking home the premier garden award this year, or the Ruske Cup, was an achievement he was most proud of.

Said Lawrence: “It’s overwhelming really, there are some lovely gardens out there. Hopefully, it brings some pleasure to other people by looking at it.

“The premier is the ultimate award really, so it felt good to get [it].”

This year alone he planted 7500 plants, including marigolds, petunias and begonias. His backyard oasis also features a glass-like water fountain, sculptures and a perfectly-trimmed lawn. 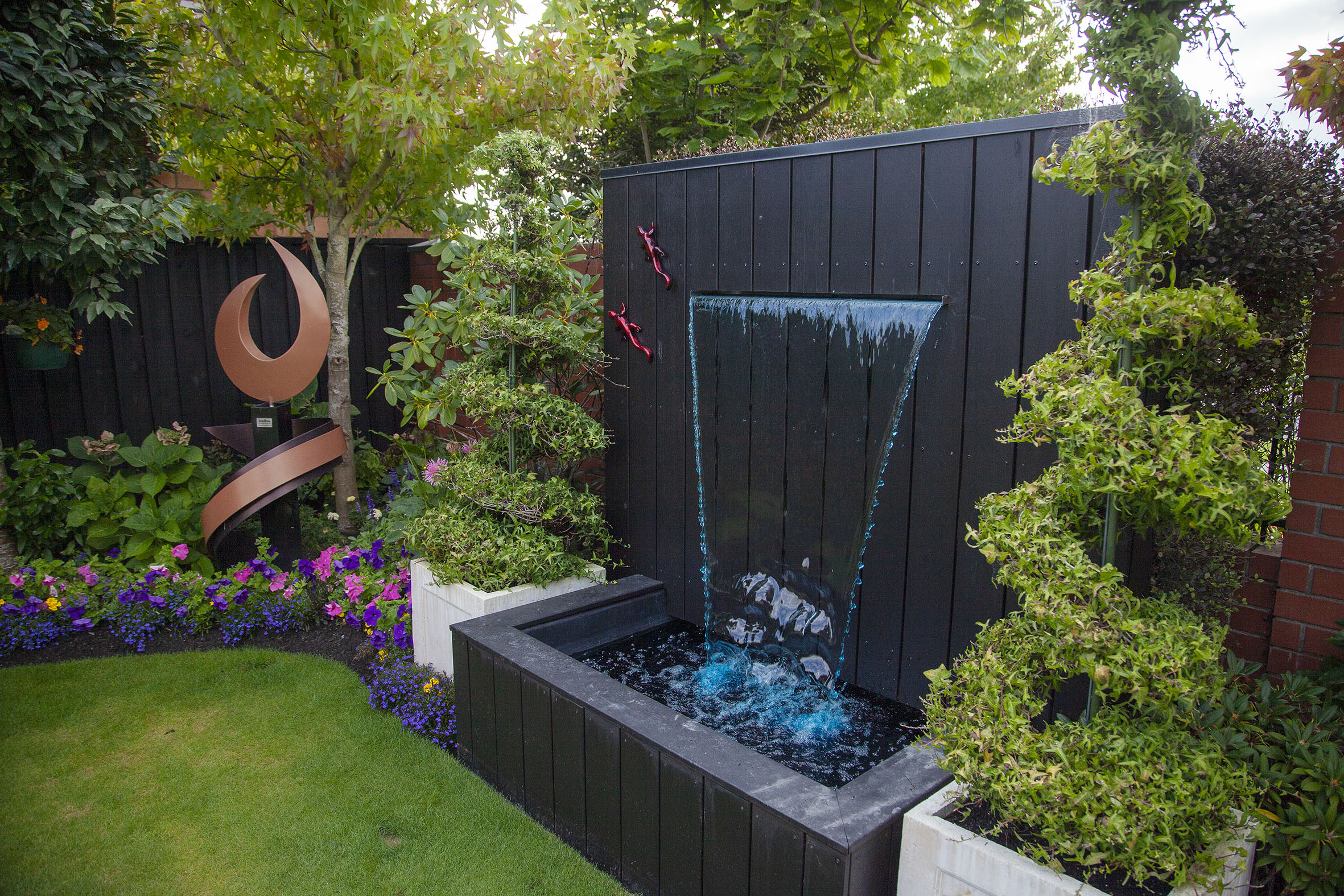 “Majority of it is planting the garden out – that’s the hardest work. Now it’s just managing it, keeping the water up and mowing the lawns,” said Lawrence.

The recent water restrictions imposed by Christchurch City Council during summer, which were lifted earlier this month, proved a challenge when it came to maintaining water levels.

Like all residents, he was restricted to using hoses and sprinklers on alternate days and could not use water between certain hours. In spite of this, his garden came out of the season unscathed.

Said Lawrence: “I managed to work around that – I had to get up earlier in the morning and put the hoses on, it was a bit inconvenient but never mind.” 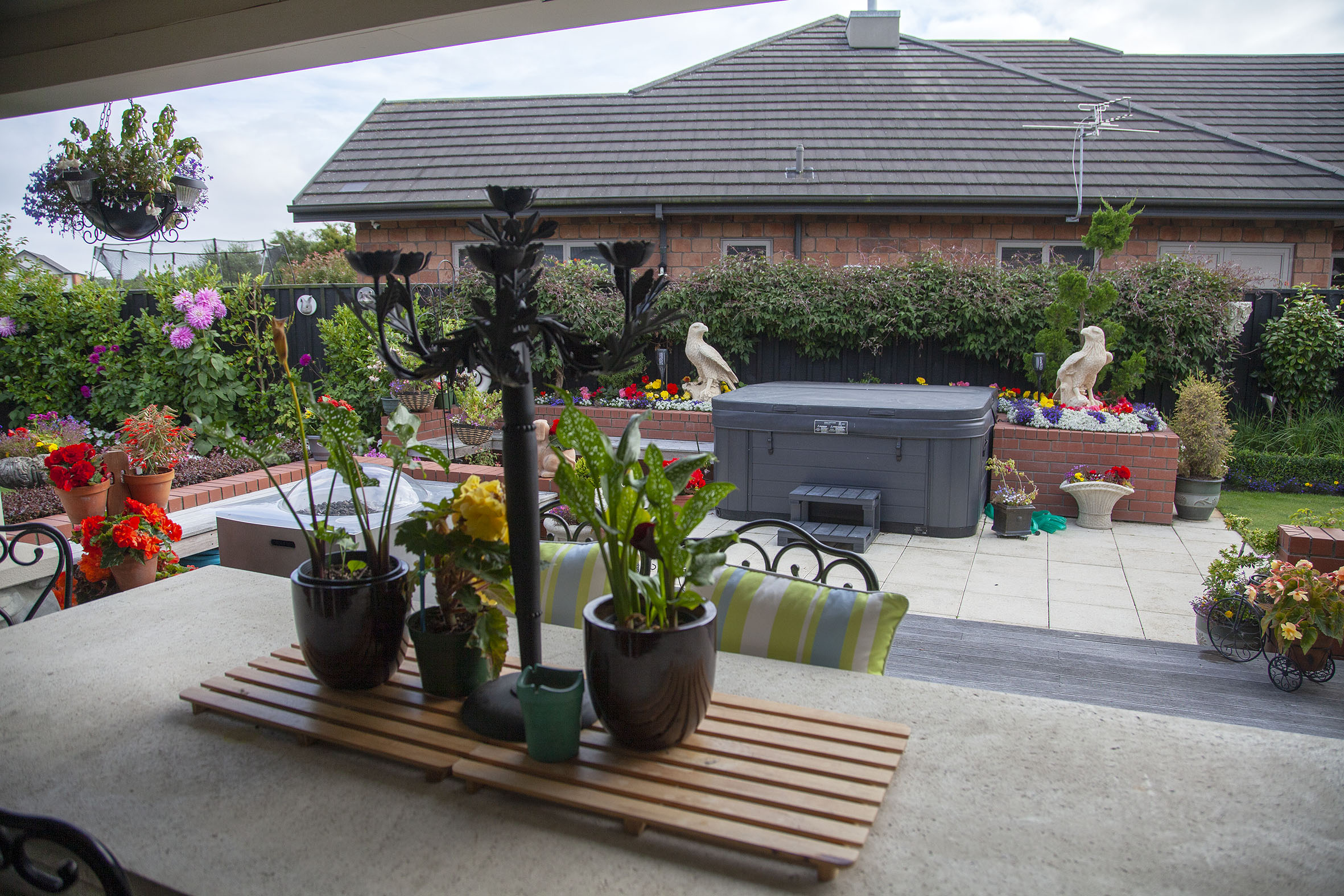 Peter Lawrence's garden. Photo: Geoff Sloan
Bringing about happiness in the community with his unique designs fuelled the passion further, but it was not the only reason why he delved into the world of horticulture to begin with.

“My grandfather was a very good gardener,” said Lawrence.

“I couldn’t play competitive sport, so I took my frustrations out on the garden.”

Lawrence said the nature of his previous work also played a part in the growth of his talent as the former funeral director of Academy Funeral Services.

Although he was semi-retired, he was still a contractor at the home.

In spite of being a veteran competition winner, Lawrence has never been met with tension or hostility by other keen horticulturists who strived to live up to the Garden City image as much as he did.

As well as hard work, the key to success, he said, was putting your own stamp on your garden.

“My style of gardening may not be like other people. One of the gardens was full of succulents, it was beautiful,” he said.

“Carry on with your passion, you never know what’s around the corner.”