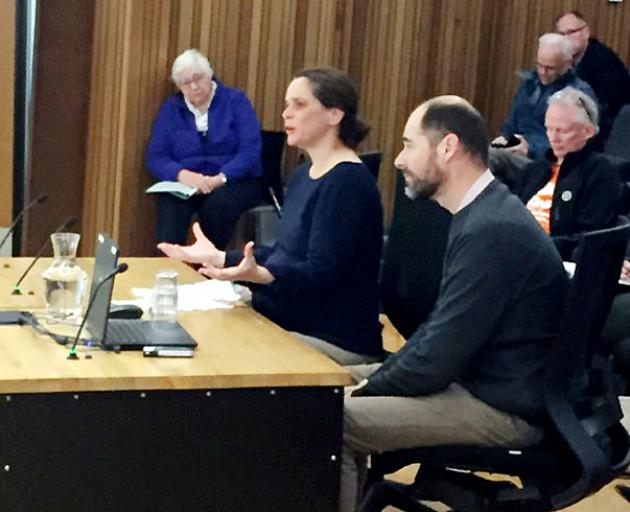 Christchurch's Northern Motorway is being extended through to QEII Drive and Cranford St and when completed will effectively slice St Albans in half.

But what was being discussed at the meeting on Monday, was how to manage the influx of vehicles coming through the suburb from the Waimakariri.

"I shouldn’t be sitting here. I’m 40 weeks pregnant and having contractions as we speak," she said through tears.

"I shouldn’t be here, but it's so important. Do something positive for us. Nothing is going to change unless you (board members) actually do," she said.

She made her plea to the Linwood-Central-Heathcote and Papanui-Innes community boards at a special meeting held at the city council.

Ms Freed was one of about 30 community members who made verbal submissions. 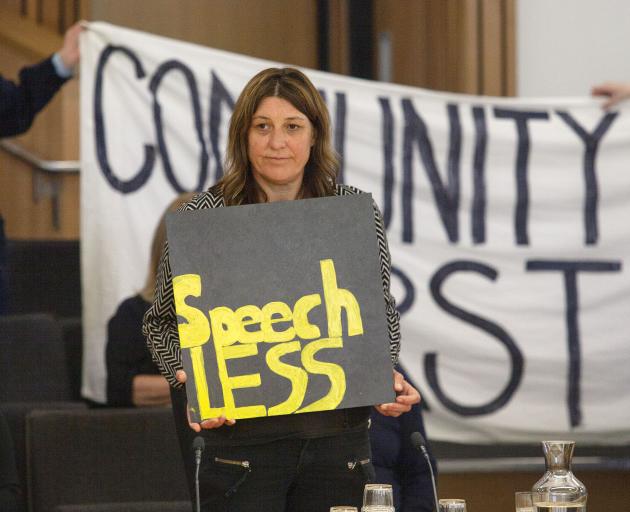 Emma Twaddell lead a protest against the effects of the Northern Arterial motorway which will effectively cut St Albans in half. Photo: Geoff Sloan
The motorway is due to open in June next year and will cause traffic volumes on Cranford St to more than double, from the current 21,000.

She then told the community boards to not "put cars first".

"Our community is going to suffer. You cannot mitigate problems by adding forty thousand cars to it. We want the cars reduced, we want the city council to tell us this is what you will focus on." Ms Twaddell said.

"It's a shame that we're sitting here again, this plan is a lemon and you guys know it," she said.

But after four hours of submissions, no decision was reached with the community boards postponing their decision until a later date.