Jewish spokesperson stands by comments after hui marred by walkout 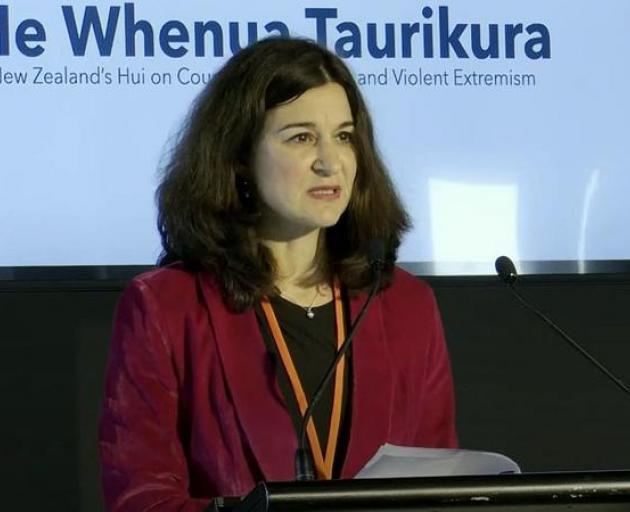 Juliet Moses. Photo: Screengrab / YouTube
A Jewish Council representative whose speech led to a walkout by Muslims at the counter-terrorism hui in Christchurch is standing by her comments.

Juliet Moses said the protest, led by led by Federation of Islamic Associations of New Zealand chairperson, Abdur Razzaq, had been disappointing, but that she'd make the same comments again.

Moses told Morning Report she had been correct to use her speech on Tuesday to reference a 'Hezbollah rally' in Auckland's Queen Street in 2018, when she cautioned it had not been condemned and that leaders should be consistent when confronting terrorism.

She said Jews in New Zealand faced a number of threats, including that from Lebanese group, Hezbollah.

Hezbollah was formed after Israel invaded South Lebanon in 1982 and brought together Shia groups into a unified organisation to resist Israeli occupation. It has since morphed into a political party and social movement, and its armed wing, Islamic Resistance (IR), was designated by New Zealand as a terrorist group in 2011.

Razzaq said the remarks and the politicisation of the hui by Moses had been inappropriate, divisive and hurtful. He said Moses had used the Hezbollah 'bogie' to promote fear and the 'securitisation of Islam'.

Razzaq had told RNZ he felt sad for people who brought baggage from overseas and dumped it in New Zealand. He said Moses' comments had been a calculated attempt to denigrate Muslims present, including Palestinians, and "wipe out the memory" of those killed in the Christchurch mosque massacres.

Moses rejected the claims and said she was there to raise concerns of her community.

"If they had stayed to listen to my whole speech they would have heard that I very much talked about unity, about the ways that we can work together towards social cohesion and indeed all of the initiatives that I've been involved in," she said.

Yesterday, the minister responsible for the New Zealand Security Intelligence Service, Andrew Little, called Moses' comments 'provocative', but that disagreements were to be expected at the diverse hui.

"I think supporters of the Palestinian cause took offence at the characterisation of some demonstrations that had happened in the past that were claimed to be in support of Hezbollah and Hamas, which was not the objective of those demonstrations," he had told Morning Report.

However, Moses said her comments were not meant to provoke and claimed Little was supportive of her comments.

"I wouldn't call them provocative or at least they shouldn't have been provocative.

"He [Little] also went on to say, I believe, that it was also appropriate for me to say, it was a productive thing, it needed to be said, but it was also something that was very important to say from the Jewish community perspective and that was the capacity that I was invited to speak in.

"I did read the room. I understand exactly the sentiment that was in the room and the rawness in that room. However, it was a counter-terrorism hui.

"I referred to a rally in 2018 that was not condemned at the time. The rally was for a group whose military wing is a designated terrorist group in our country and I had to raise it from the perspective from the Jewish community and threat that we face."

She said the 2018 Auckland rally, which is understood to have been attended by less than 20 people, had taken place 'right down the road' from a large Jewish community centre and school.

"I might just add that this group Hezbollah was behind the bombing of a Jewish community centre in Buenos Aires in 1994," Moses said.

The Jewish representative said her remarks at the hui didn't help conflate Islam with terrorism.

"Absolutely not... You said that I said Muslims are terrorists, which, if you had sat and listened to the recording of the speech, is entirely inaccurate. I never said that. I was completely factual.

She said she'd make the same comments again if invited to a similar event.

"I'm not going to shy away from talking about the issues that affect my community and, I say, there is a number of threats facing our community and I will talk about them." 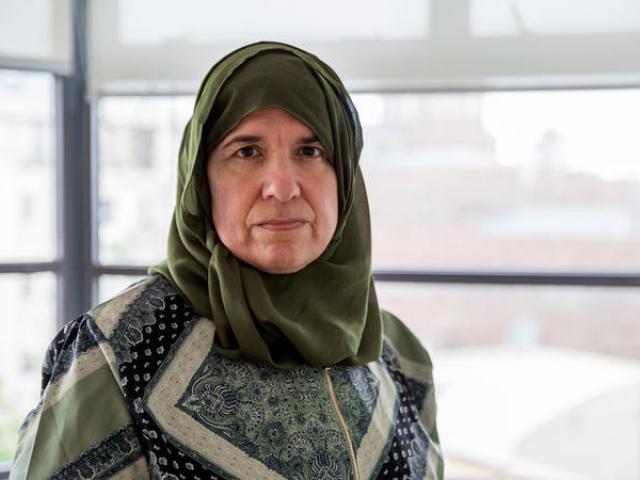 Muslim community leader Aliya Danzeisen. Photo: RNZ / Luke McPake
Online threats
The conference ended yesterday focusing on the online threat of white supremacists and abuse by fellow New Zealanders and how it could be muffled.

She said, while people were generally kinder to Muslims in public, online was a different story.

She told Morning Report of her own experiences of being threatened and the current difficulties of attempting to identify those behind the posts.

"The posters are more savvy I guess and to find out how they are is more of challenge," she said.

"I've had to upskill and learn to do so in a very quick time because by the time you report it to the police, explain it the frontline officer it's usually too late.

"We tried to get Google who is in charge of YouTube to disclose. They haven't. It would take me to take Google to court now at this moment.

"I haven't thus far because there's just too much on our plate to be able to handle that but if social media companies are serious about it you'd think that something that includes threats regarding rape and killing of other people in reference to me, that would be enough, but it wasn't."

She said posting personal details of her life also posed a danger, as it gives those looking to post abuse an opportunity to do so.

"I have had that via Twitter, I disclosed that I was going on holiday ... and I immediately got a threat that they hoped that I would discover right-wing supremacists when I was in Kaikōura. They called them 'right-wing seagulls'.

"My group of people who I go to if I get one was able to identify where that person was, but the police hadn't been able to, and that person was within driving distance of my home."