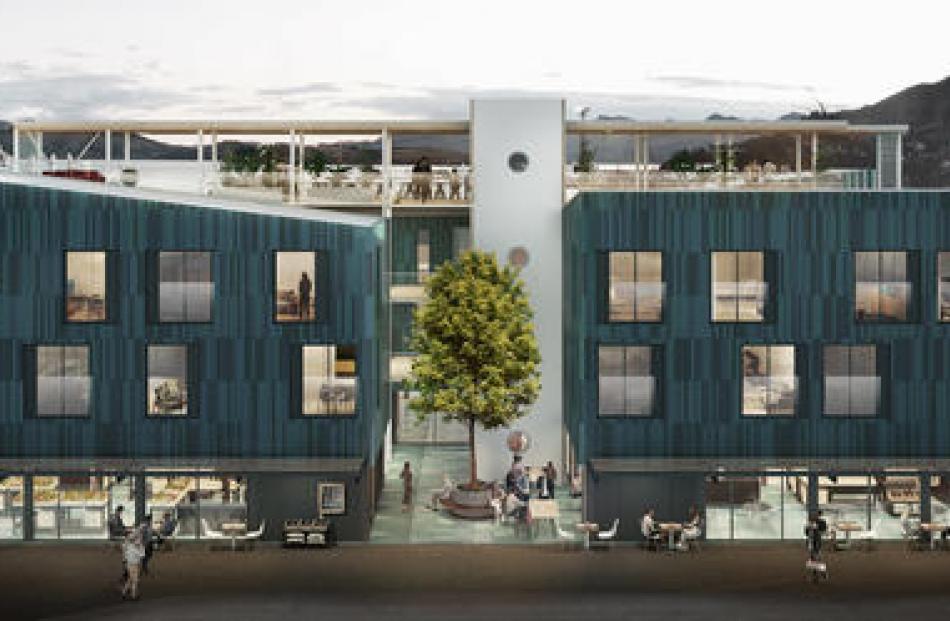 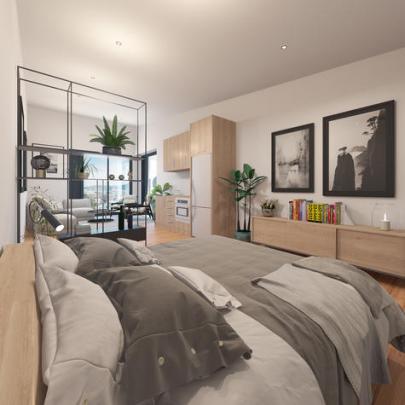 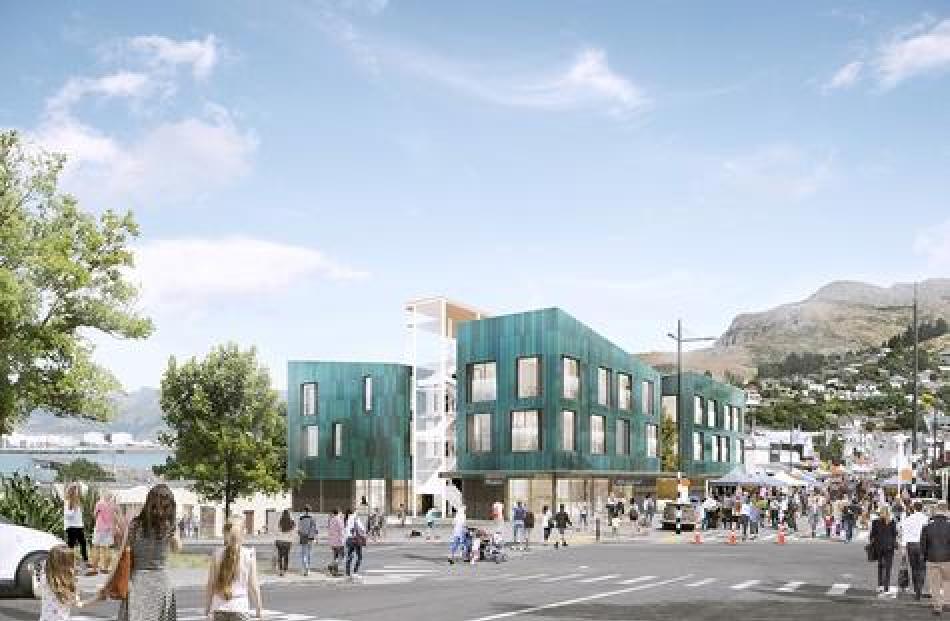 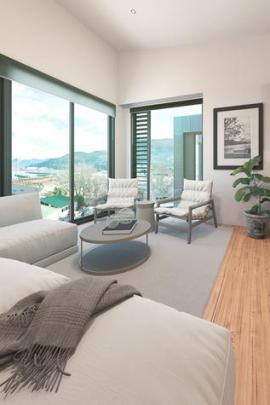 This is what Lyttelton’s new Collett’s Corner will look like when it opens in 2022.

Ohu Development is behind the project, and ran New Zealand’s first crowdfunding campaign to help pay for it.

Ohu Development founding partner Camia Young said in order to raise the remaining funds the business will take on a bank loan and look into further equity.

The majority of the building must be either pre-leased or pre-sold in order for developers to take on a bank loan.

The basement will be home to the wellness centre, which is envisioned to have hot and cold baths, a sauna, a steam room and therapy rooms.

On the ground floor, there will likely be a gym, retail, hospitality and consultation rooms.

On floors one and two, there will be 18 studio apartments and eight single-bedroom apartments, and a rooftop terrace will be exclusive to residents.

Lyttelton Residents’ Association chairman Ken Maynard said he was concerned the complex was not aimed at locals.

“It’s a fairly personal opinion, not one for the association . . . but I don’t think this is what we needed,” he said.

“It’s quite big, it’s taller than the other buildings in the street and I thought one of the features which was going to be attractive was the roof garden – but its actually for the tenants.”

Founding partner Camia Young said she would have loved for the rooftop to be open to the public, however, the city council “would never allow it” due to health and safety requirements.

“That was one of the major issues that was in the city council requirements for the rooftop terrace,”Ms Young said.

Resource consent is now pending for the new designs, which were modified after the city council requested changes.

“I’m dancing with every policy and requirement out there,” she said.

•HAVE YOUR SAY: What do you think of the designs for Collet’s Corner? Email your thoughts to jess.gibson@starmedia.kiwi