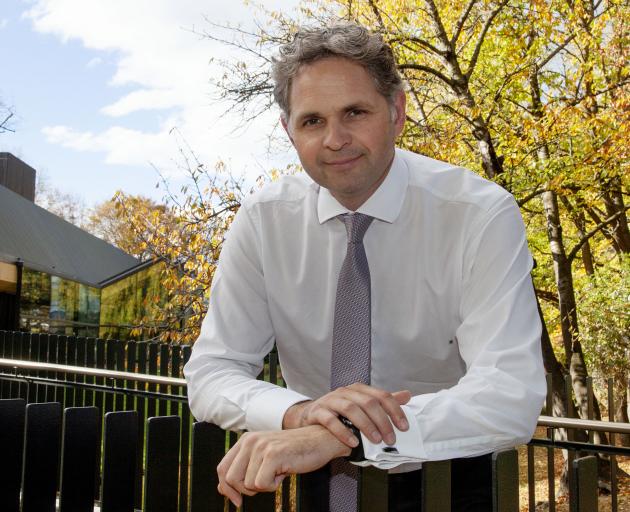 Duncan Ferguson. Photo: Geoff Sloan
Simply walking the dog around the block, or lifting a beloved canine into the car for a trip to the vet, can have drastic repercussions for Christchurch pet owners – and the Accident Compensation Corporation. Chris Barclay discovers millions are spent annually dealing with dog-related injuries in the city, and nationwide.

While dog attacks routinely attract headlines, Christchurch man Duncan Ferguson represents a largely unseen statistic as a victim of canine-related injuries where the bark, or lunge, was worse than the bite.

Ferguson was spooked by a collie as he ran along the Coastal Cliffs Walkway somewhere between Purau Bay and Church Bay at Diamond Harbour early on January 4.

“I had my headphones on so I wasn’t really listening to what’s around me and all of a sudden a dog jumped out at me snarling,” he recalled.

“It startled me, I tripped over a tree root and it was quite a steep section of the track. I tumbled 7-10m down a bank.

“I just felt silly as much as anything. Why am I screaming in pain? This is stupid of me. Man-up sort of thing. But it was a serious break of the wrist.” 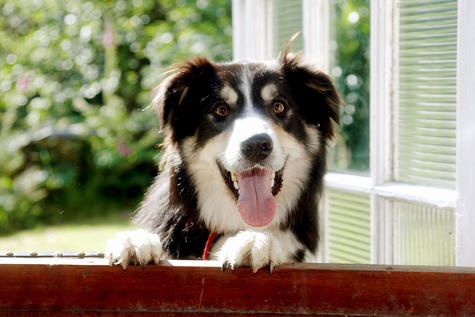 “It was just a collie, so it was nothing too big and scary. I’ve grown up with dogs, I’m not afraid of them. I felt silly screaming in pain, but it was a serious break.”

The St Andrew’s College head of music, who also composes educational resources for fellow teachers, joins a long list of Cantabrians injured while either walking, carrying or evading dogs.

Figures released by the Accident Compensation Corporation (ACC) reveal there were 2957 new claims made in 2020, slightly down on the 3025 recorded in 2019. There were 3274 active claims in Canterbury in 2020, with 317 carrying over from previous years.

Claims data covers all claims which involve a dog, including people tripping over, spraining by lifting dogs and being head-butted in the face.

Ferguson said the dog continued to act aggressively towards him as he lay in shock before managing to climb back to the path, by which time the owner had restrained the collie.

“It kept going at me, snarling, when I was on the ground,” he said.

Despite signage warning all dogs had to be on leads in the area, the collie was untethered.

“It was about seven o’clock in the morning, the guy (owner) didn’t expect anyone else to be on the track then, that’s what he said anyway,” Ferguson said.

The owner was apologetic and returned to take Ferguson to where he was staying at Church Bay, after dropping the collie back home.

Ferguson was initially treated at the Pegasus Health 24-hour surgery but was referred to Christchurch Hospital to get the break set.

He estimated he had spent $600 on his treatment, which included a public holiday surcharge and a surcharge for a waterproof cast. 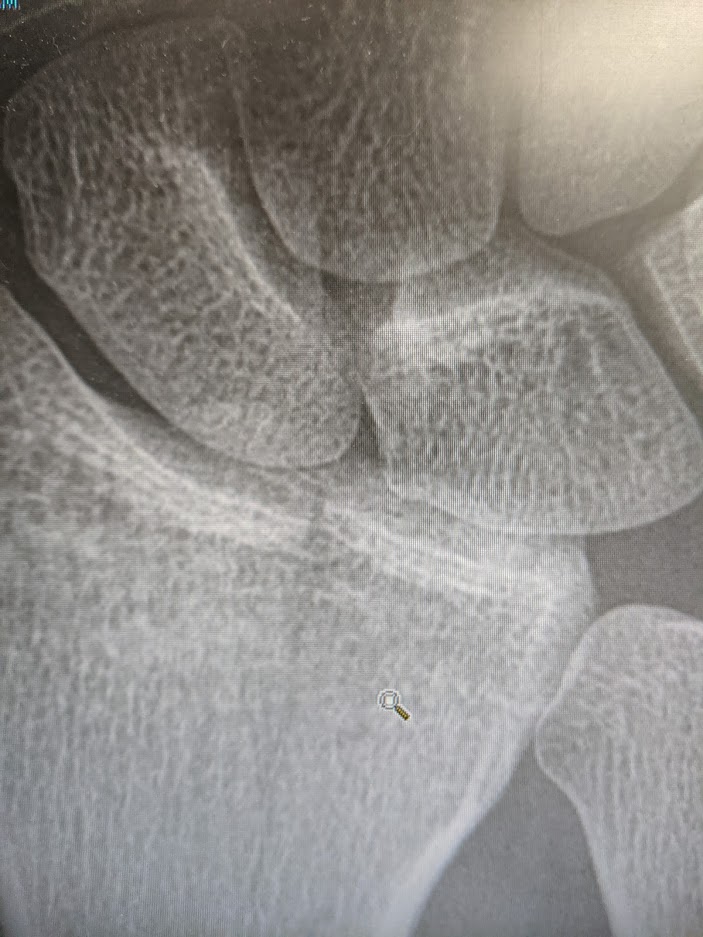 An x-ray of Duncan Ferguson’s broken wrist after he was caught unawares by an aggressive dog while out running. Image: Supplied
ACC footed the bill for thousands more to cover necessities like x-rays, scans and a contribution to physio.

Ferguson was too distracted to get the owner’s details after the incident but he has been identified.

“We haven’t gone and complained. What’s the point?” he said.

Fortunately the incident happened during the school holidays, though he did have to wear a cast for the first few weeks of the opening term at St Andrew’s College. Not ideal for a piano and double bass player.

“The resources I usually would have written through January I haven’t been able to write so I’m out of pocket tens of thousands of dollars as well,” he said.

“January-February was a real pain as a result of all of this.”

The Canterbury District Health Board data was not captured in a way to easily identify dog-related injuries, though a spokesperson said they make up a ‘very small’ component of the emergency department’s monthly workload.

However, Hayden Thom, of Motus Lincoln Physiotherapy, is familiar with the potential pitfalls of visiting a dog park.

“It’s surprising how many knee-related injuries we deal with caused by a chaotic dog running into them,” he said.

“It’s often their dog running past and smashing into a knee. It actually causes quite a bit of damage.

“It’s a little bit more common than you probably think. They stand out an unusual.”

“Often there’s ligament damage and significant damage to the outer layer on bone in the knee. One lady took close to six months until she was 100 per cent right.”