One family, three players of the day: Siblings show how it’s done on the sports field 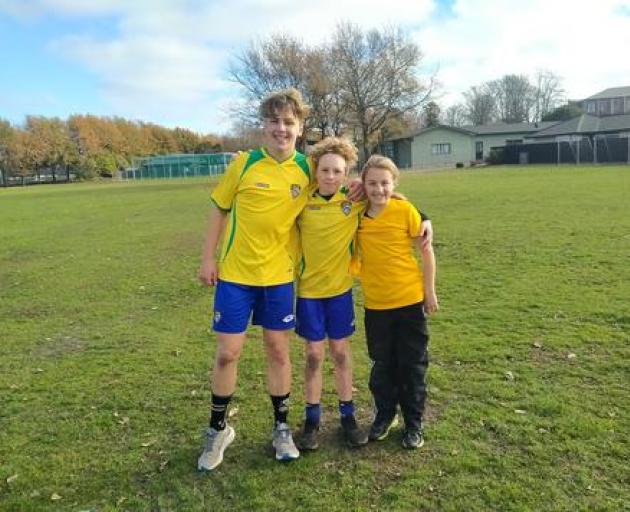 Josh, Bodhi and Lily Campbell were each awarded player of the day after their sports games. Photo: Supplied
The sporting success of Cashmere siblings last Saturday proved that good things come in threes.

Campbell siblings Lily, 11, Bodhi, 12, and Josh, 17, each won player of the day in their respective matches.

Their father Mark Campbell said Josh’s game was the last of the day.

“We were joking: ‘Wouldn’t it be funny if he got player of the day?’ and he did.”

He was not surprised that each of the three won the award individually.

“They’re all super hardworking and right into it. They’ll always be contenders.”

However, he was surprised they all received the award on the same day, which had never happened before.

His children had plenty of drive.

“They’re very self motivated. Most kids get carted [to sports games] by their parents.”

Lily was the first to take the award on the day, playing centre for Cashmere Netball Club’s J team.

“She’s not very big, but she’s fast and nippy like an Energizer bunny.”

“He’s a very skillful player. He takes responsibility for shutting down other attacks.”

They then watched Josh play centre back for the club’s 17th grade blue, and it was clear he was also playing a strong game.

“[He] scored a thundering low knuckleball left-footed half volley from 18m. He is right-footed and has taught himself mastery of his left foot.”

The element his children had in common was the ability to play a strong defence, he said.