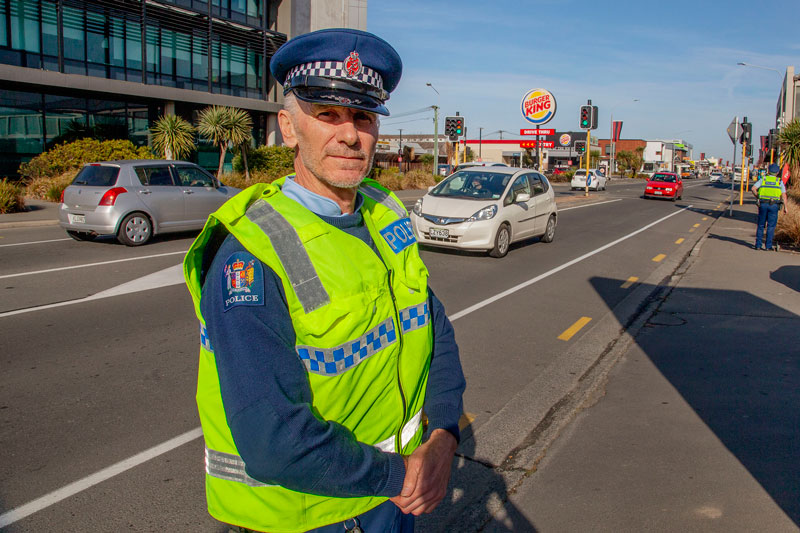 Senior Constable Clay Penrose checking up on seatbelts and cellphone use at the wheel on Lincoln Rd. Photo: Geoff Sloan

Police were out on Lincoln Rd in today ensuring people were wearing seatbelts and off cellphones.

This was part of Canterbury police's new focus for August to clamp-down on road users not wearing restraints including seatbelts and bike helmets, and those who are distracted at the wheel.

Senior Constable Clay Penrose spoke to Star News while on patrol today and said he has seen people who have been ejected through windscreens as a result of not wearing seatbelts.

He said the most recent example he remembers of this was a crash on Bridge Street, State Highway 1, Rakaia in June. Eight teenagers were in the car which crashed into a fence and rolled.

It is not known how many people in the car were wearing seatbelts, but several were ejected from it.

In the first 30 minutes of the Lincoln Rd patrol today, Penrose said four people not wearing seatbelts and three people using cellphones at the wheel were stopped and ticketed.

He estimated police across Canterbury issue at least one ticket for these two offences "every hour." 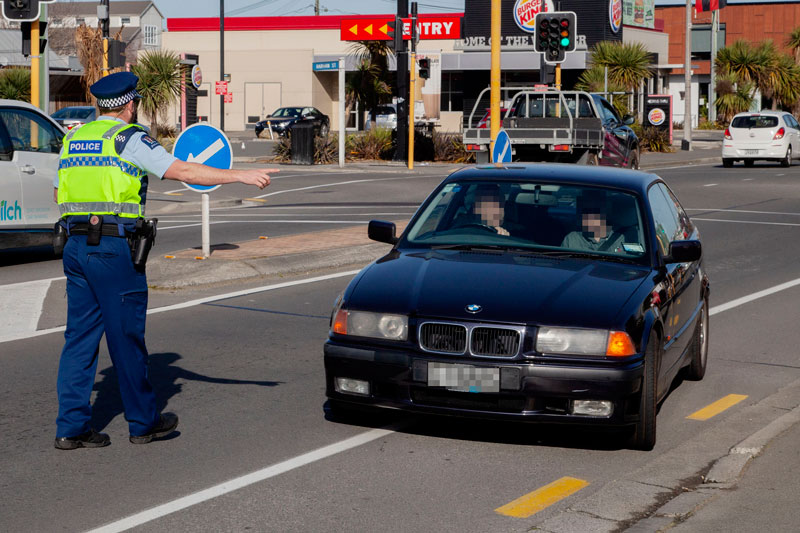 Senior Constable Clay Penrose checking up on seatbelts and cellphone use at the wheel on Lincoln Rd. Photo: Geoff Sloan

He said either of these offences can have deadly consequences.

"Something so simple can be so tragic.

"You've got to sadly go and tell loved ones what's happened," he said.

The penalty for not wearing a seatbelt is a $150 fine. Using a cellphone while driving costs can result in an $80 fine and receiving 20 demerit points.