Spate of vandalism in Canterbury - slashed tyres and swastika graffiti 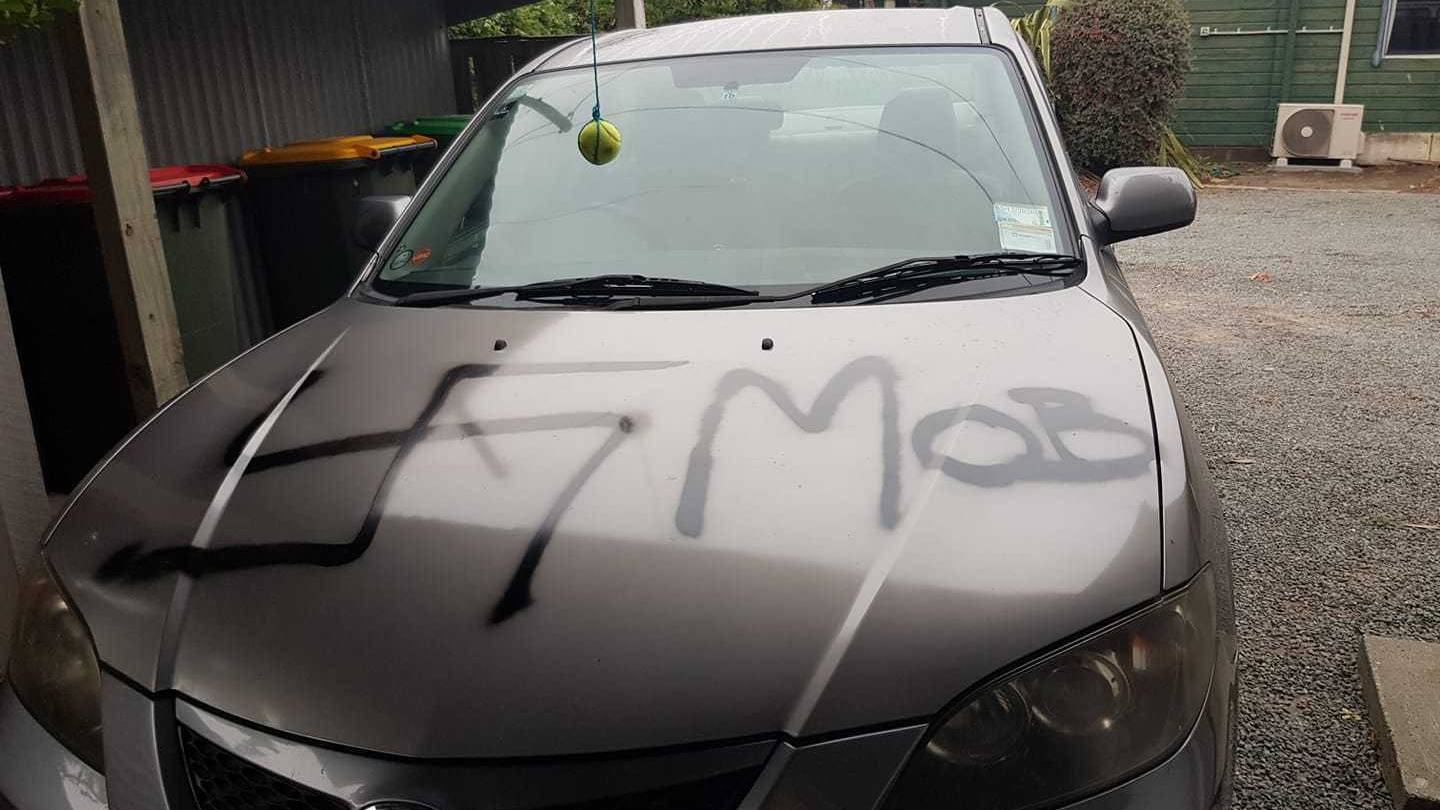 The vandalism left on a Lincoln resident's car on Wednesday night. Photo: Supplied
There has been a spate of vandalism in Canterbury, with a number of vehicles graffitied with swastikas overnight.

A Lincoln resident, who asked to remain anonymous, said she woke up to a car covered in spray paint with slashed tyres.

"I'm very angry. It's really inconvenient because I work in town and to have something that you've worked for get damaged is very frustrating.

"I have reported it to the police and hope they get caught." 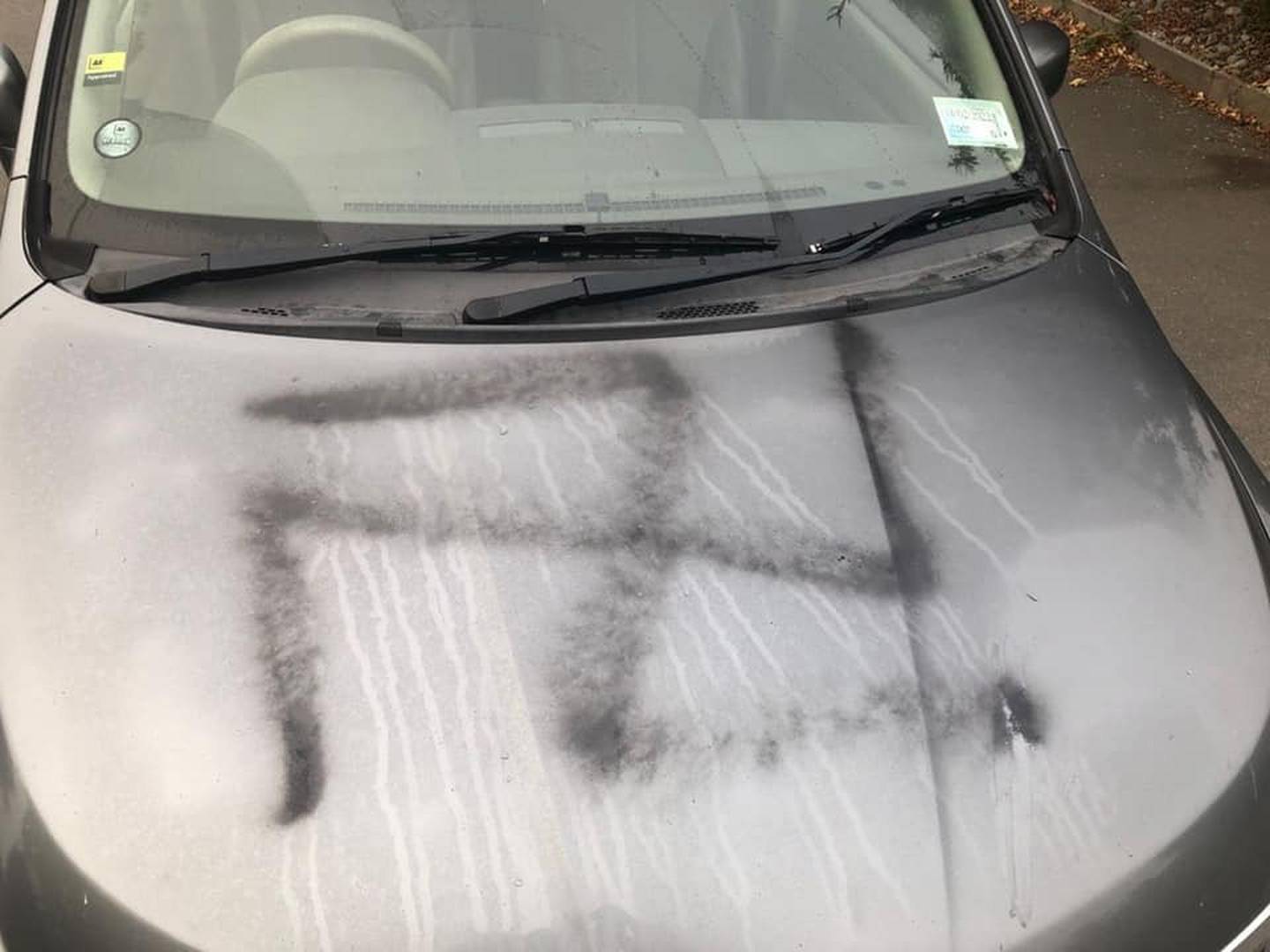 Another car that was vandalised in Lincoln overnight. Photo: Supplied
A second victim of the vandalism made a post on Facebook that attracted 120 likes and more than 50 comments.

Many of the commenters were posting photos of the same act on their own vehicle in the Lincoln area.

At least five people reported the same kind of vandalism in the post.

"My partner's work van in West Belt also got trashed with tags all over," one said. 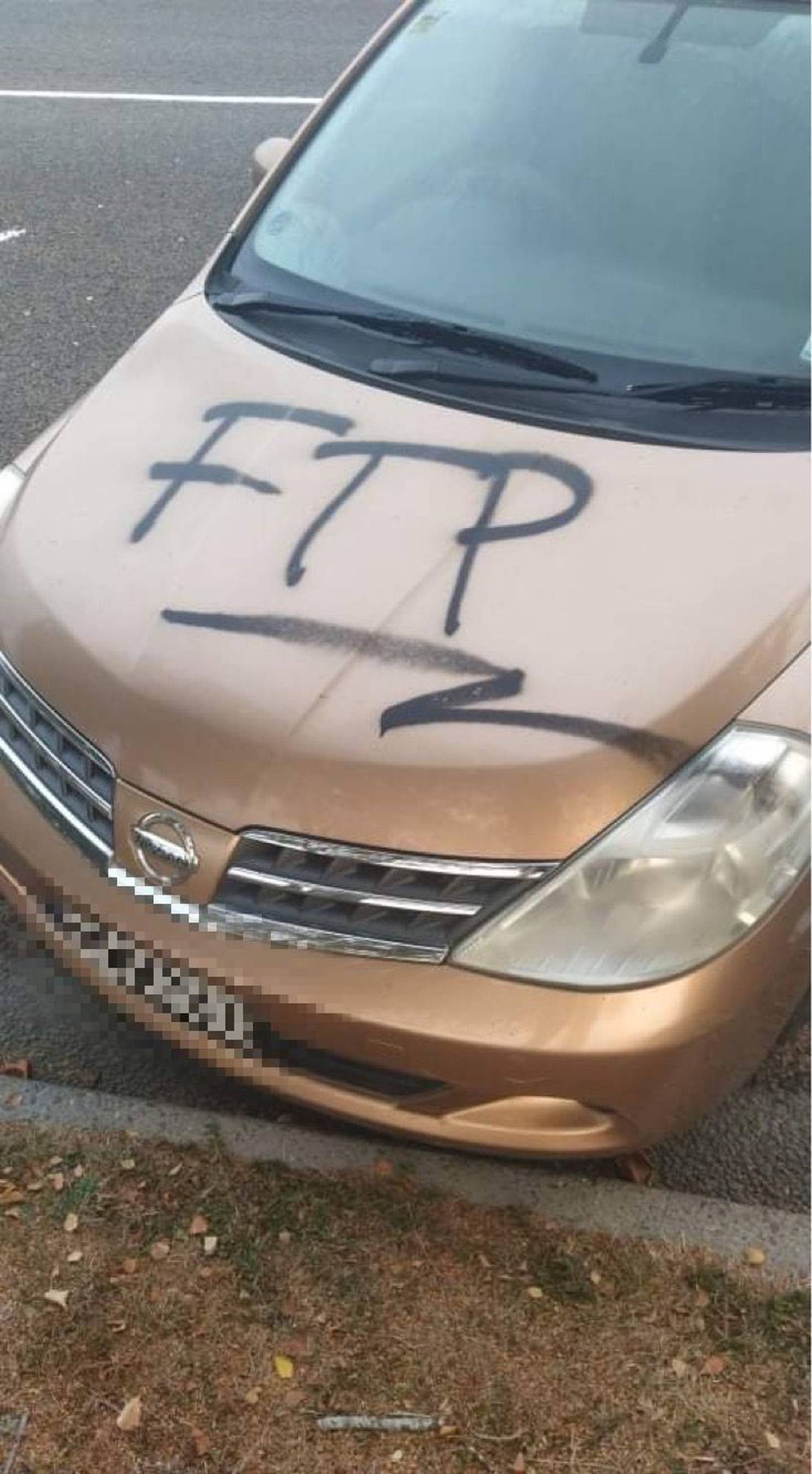 This car was reportedly vandalised in the Bishopdale area. Photo: Supplied
But it was not just Lincoln residents who were hit by vandalism of their vehicles.

A car in the Bishopdale area was reportedly targeted in the same way with 'FTP' painted on the bonnet.

"Our car was vandalised last night - graffiti and slashed tyres - parked on Wooldridge Road by Nunweek Park," a post on Facebook said.

A police spokesperson said they have also received a report of a vehicle on Hereford St being vandalised with spray paint overnight.