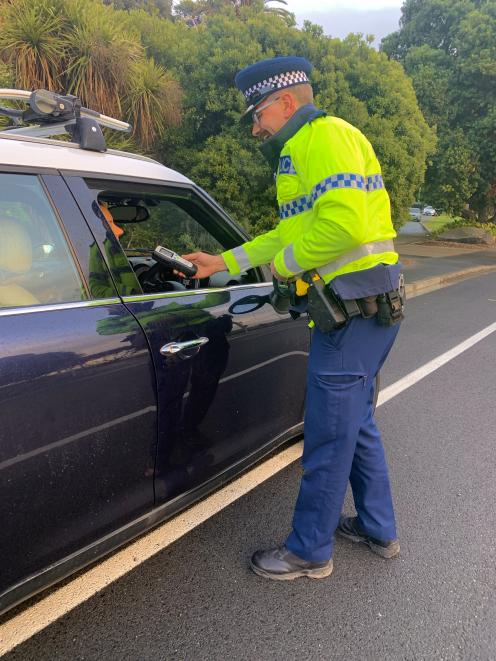 Micro checkpoints are being trialled in Canterbury to catch motorists trying to avoid breath tests by viewing Facebook groups like Christchurch Police Check Points. Photo: Supplied
Police are using new tactics to catch drink drivers in a bid to thwart social media sites warning people where checkpoints are in Canterbury.

One or two patrol cars are now being put into in high risk drink driving areas instead of the usual highly visible booze buses.

They set up on the side of the road with a sign telling vehicles to pull over where the driver is tested.

Inspector Greg Cottam said a key reason for the micro checkpoints is because Facebook groups like Christchurch Police Check Points are warning motorists where booze buses are.

"Obviously, with social media, it gets around where the checkpoints are,” said Inspector Cottam.

He said the strategy was proving successful.

"But unfortunately, we’re still catching people who have been drink driving, but it hasn’t been as high as it could be, which is a positive thing." 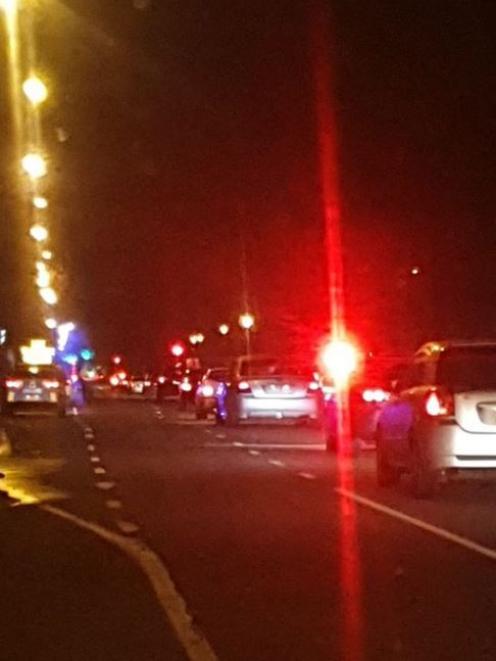 A photo from Facebook group Christchurch Police Check Points. Photo: Facebook
Police launched an anti-drink driving campaign at the start of this month.

In the first week, 3474 drivers were breath-tested at police checkpoints in Canterbury.

Nineteen were over the breath alcohol limit of 250mcg/l limit.

Bigger police checkpoints are still taking place but the addition of micro checkpoints is part of a police effort to stop drink drivers from avoiding them.

"The booze buses are set up with the full evidential breath testing machine.

"We now have hand-held devices where we can do the full process on the roadside and get that evidential reading rather than needing to go back to a police station, so that all helps at the micro checkpoints.”