Michael Plank, a keen outdoorsman from England’s Peak District, was drawn to New Zealand by its unspoiled wilderness. Now a professor at Canterbury University's School of Mathematics and Statistics in Ilam, he finds himself with a veritable mountain to climb as his adopted home navigates the Covid-19 pandemic. Reporter Chris Barclay quizzed the academic about his most complex assignment yet. 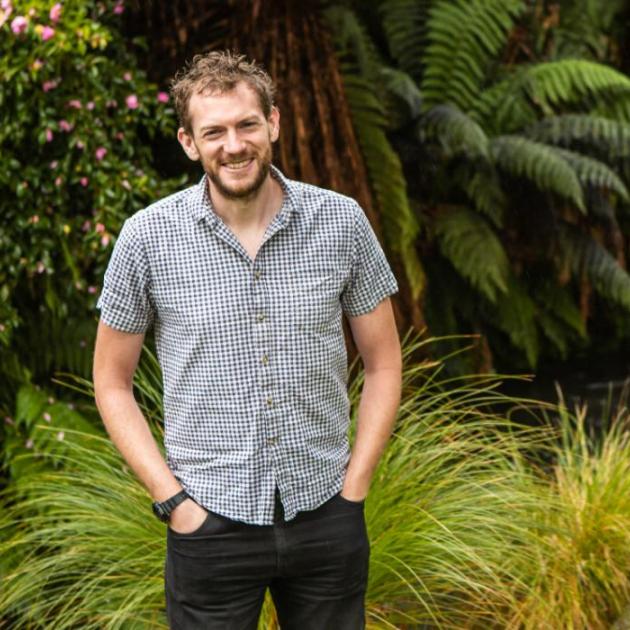 Covid-19 modeller Michael Plank. Photo: UC
Your research profile at Canterbury University describes you as an expert in mathematical modelling of complex biological and social systems at multiple scales, from intracellular signalling and collective cell behaviour, through to large ecosystem dynamics. We’ll put 2+2 together and figure you’ve always been interested in mathematics.
It definitely started at (primary) school when I was growing up in a village called Hathersage (the reputed resting place of ‘Little John’, one of Robin Hood’s ‘Merry Men’). It’s between Sheffield and Manchester. Maths always seemed to make sense to me at that age. I was hopeless at english. When I went to university maths was the
obvious choice.

You have a BSc (Hons) in mathematics from the University of Bristol (2000) and a PhD in applied mathematics from the University of Leeds in 2003. The following year you ended up in New Zealand’s ‘English’ city, didn’t you?
I came to Christchurch, supposedly for a two-year fellowship and for the adventure, tramping and mountains. I fell in love with the lifestyle and in 2006 I got a job on the academic staff as a lecturer. 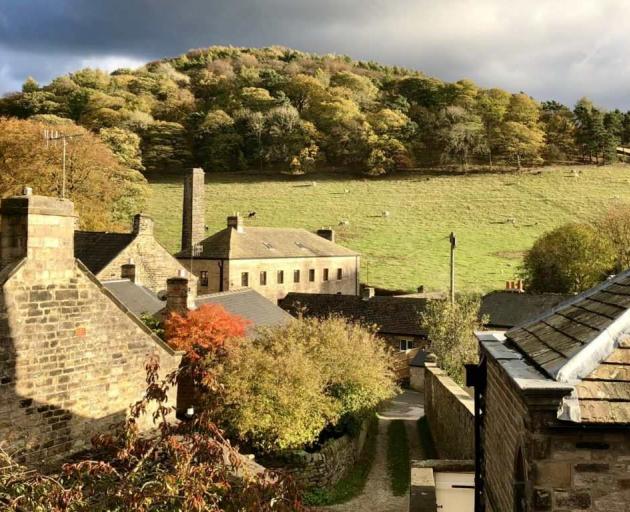 Michael Plank calls Christchurch home after growing up in picturesque Hathersage, the reputed resting place of Robin Hood’s trusted lieutenant ‘Little John’. Photo: Supplied
From the Jack Erskine building on campus you can glimpse the Southern Alps in the distance, but opportunities to explore the great outdoors have been few and far between, haven’t they, thanks to your role as a principal investigator at Te Punaha Matatini, New Zealand’s Centre of Research Excellence in Complex Systems and Data Analytics.
It was established in 2015 (to weave together Aotearoa New Zealand’s leading researchers in quantitative and qualitative science, social science and the humanities, per its ‘Our Story’). It became clear there was a bit of a Covid-19 information gap and there weren’t many groups in a position to provide modelling results to the Government. A group of 12-15 of us – it fluctuates – try to fill that gap.

The coronavirus pandemic’s lexicon has added ‘Covid-19 modeller’ to our vocabulary. Fancy breaking down the modelling concept for those of us who dropped maths as soon as we could?
Yeah, ah (takes a deep breath). A mathematical model is a way of making certain assumptions about that (nominated) system and then testing the effect of those assumptions.  It lets you do complicated thought experiments, that’s probably the simplest way I can say it. It’s experiments you can’t do in reality. You can’t put 5 million people in a lab and test this intervention or this lockdown and that type of (Covid-19) testing. It’s not always going to be a hundred per cent right because you’ve made assumptions. But for something like a pandemic it gives you a way of exploring some of the trade-offs between different ways you might respond. We’re not trying to make precise predictions or forecasts. We’re not trying to say ‘You’re going to need 3527 hospital beds this week’. It’s more broad brush than that, it gives you a series of marker posts to help you make sense of some of the ways the Government could intervene. We liaise with a steering group. 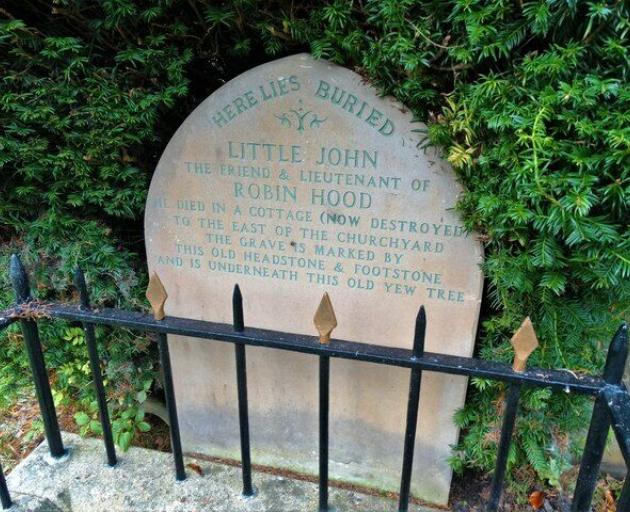 The reputed resting place of Robin Hood’s trusted lieutenant ‘Little John’. Photo: Supplied
Do they follow the advice?
It doesn’t really work like that, we don’t really say you should do X-Y-Z. We run different scenarios, modelling possible interventions. We’re only one part of a complex decision that has to be factored in with public health advice. There’s lots of different information streams.

Has the Covid-19 model been modified significantly since it was launched?
We started off with a relatively basic model and we’ve added in more variables as more and more data comes in. The virus has also been changing, the Delta variant was a completely new beast to the original so we’re constantly updating the model.

Is the emergence last weekend of the Omicron variant an example of this?
It’s quite likely this will eventually have an impact on our models but we will need more data, for example, on how quickly variant virus spreads, how effective current vaccines are, and how severe it is in terms of causing serious illness and death.

When did you add modelling to your area of expertise?
It was during my PhD. When I was an undergrad I shied away from modelling because it’s not so black and white. Maths, it was either right or wrong. It’s all very clear. Modelling is more of a grey area, there’s not necessarily a right or wrong way. It’s a bit fuzzier. Over time I realised that allowed you to contribute to understanding in different areas.

What other issues have you modelled? We note you advocated throwing big fish back instead of the tiddlers around 2014.
This came from an ecologist who was convinced regulations we have in the west, where you can’t catch fish smaller than ‘x’, you have to throw them back, is not necessarily the right way of going about fishery management and conservation. You really want to leave them (big fish) out there because over a period of years they can supply a huge number of new fish. Targeting big fish has massively depleted the numbers of large adults, it has even caused fish to mature at smaller sizes. Adult northeast Arctic cod are almost 2kg smaller than they were 70 years ago.

Can you remember the first time you heard the dreaded words: ‘Coronavirus’ and ‘Covid-19’?
It was January 2020 when what was happening in China made headlines. There was a period of time when we realised this is going to be big. For me, it was seeing those pictures in Italy of bodies piling up in hospital corridors. It was clear similar things were likely to happen here if we didn’t do something pretty drastic about it. 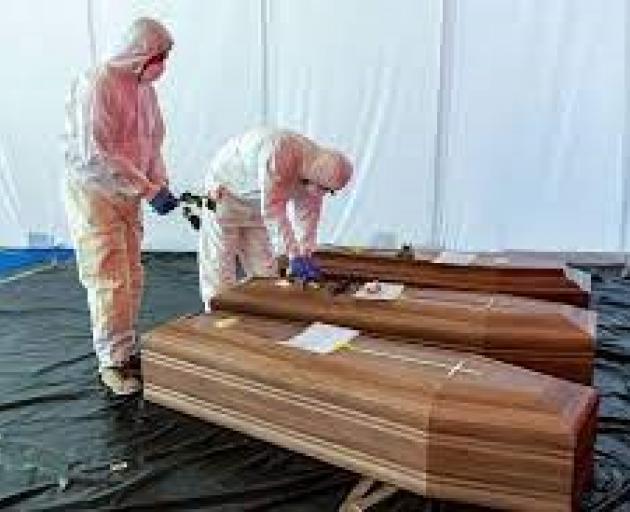 A Civil Protection member rests a flower on the coffin of a coronavirus victim in Bergamo, Italy. Photo: NZ Herald / Getty Images
There were significant developments recently regarding the graduated opening of domestic (Auckland) and international borders. The traffic light system starts in Christchurch on Friday. Were these the right moves?
I don’t think completely throwing open the border now would be the right thing, that would expose vulnerable, remote communities with low vaccination rates to too much risk so taking a staged approach is sensible. At the moment the vaccine is doing a good job keeping cases in check, they’ve sort of stabilised around that 200 a day mark but it remains to be seen what happens when we go into the traffic light system. People will be out and about more, that could allow the virus to spread more easily again and cases could go up again. Vaccine boosters are absolutely crucial. After two doses your immunity starts to come down gradually over time. That third dose doesn’t take you back to where you were, it takes you to a higher level of immunity. We’re going to need a really strong push in boosters. That’s going to be crucial to avoiding a big resurgence.

Do you compare your adopted home’s Covid-19 response to the UK?
It’s a very, very different situation in the UK. I don’t think it would have been feasible for them to pursue an elimination strategy like New Zealand. The transmission of the virus was much more established in the community by the time it really became clear how big a problem it was. The UK is also a lot more connected to the countries around it. Even if they could have eliminated the virus it would have made it a lot harder to keep it out. I do know several people in the UK who’ve had Covid-19 – most have recovered, but unfortunately one died.

Next time you get home would you take the tube into central London or is it straight from Heathrow to Derbyshire in a bubble?
Ah, well, it definitely makes you think, doesn’t it? Someone told me the other day about someone who had started carrying a CO2 (carbon dioxide) monitor on the tube. There were quite high levels of CO2 and that’s bad. High levels of CO2 means you’re re-breathing a lot of people’s air because it (a London Underground carriage) is not well ventilated. That’s a problem we have here with schools, classrooms aren’t well ventilated when it’s too cold to open the windows. That increases the risk (of transmission) quite a lot. 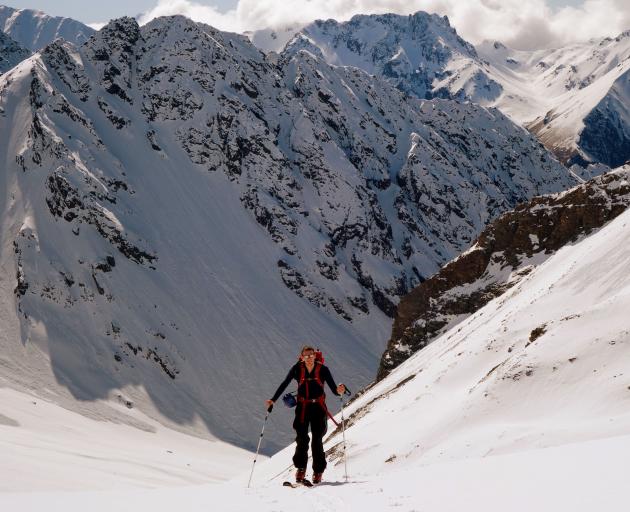 Michael Plank exploring the Southern Alps around Aoraki Mt Cook before Covid-19 and parenthood. Photo: Supplied
How has your modelling sideline impacted on your lecturing?
I’ve had some relief from teaching duties, which vary. I’ve got post-graduate students and that’s often one-on-one or a small discussion group. In undergraduate courses I’ve taught courses with 600 students. I haven’t been doing any teaching this semester.

You might not be seen as often at the lectern but your public profile has risen, hasn’t it, similar to the likes of your fellow Brit Dr Siouxsie Wiles, an infectious disease expert and science communicator. The Covid-19 response is a divisive issue, Wiles has spoken about the abuse she has suffered via social media. Have you experienced detractors, internet trolls?
Not to the extent some of my colleagues have but you do get emails that are not necessarily pleasant. I’ve had the occasional crank call. I try to engage with people who have genuine questions. Some of the disinformation would be funny if it wasn’t serious and damaging.

Are you noticed by members of the public when you’re not masked up?
Once or twice, not often, it’s a bit weird. People want to know about your work sometimes.

You’ve been recognised recently through UC when you were awarded a research medal with a colleague, associate professor Alex James last Wednesday. On November 18 you were also named as a Waitaha Canterbury Kiwibank Local Hero Medallist.
None of what we’ve done is motivated by recognition but it was nice to see other people get their awards (at UC). Someone must have nominated me for that (local hero) award but I don’t know who. I have my suspicions.

During your downtime do you watch infectious disease movies and a documentary series on Netflix like Pandemic: How to Prevent an Outbreak (January, 2020) or do you just switch off?
Downtime? What’s that? I’ve got a young son at home that soaks up a lot of non-work time. I sometimes watch Scandi(navian) crime dramas. I do a bit of mountain biking, kayaking, skiing in winter. I came for the tramping and then I discovered all these other things you can do here.