'Years of work wiped in one evening': Community frustrated after tabletop stolen

The tabletop made from macrocarpa was used as a "shared kai" table by the children. Photo: Supplied
A handmade tabletop that was part of primary school pupils’ community project has been stolen within two months of being installed. 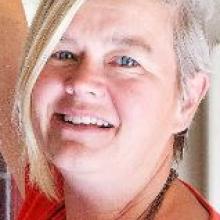 Hayley Guglietta.
Banks Avenue School pupils raised funds to cover some of the $3500 that a macrocarpa tabletop cost to go with their Adventure Ave Playground project in Richmond.

But last week, the tabletop was stolen, causing frustration for those involved.

Avon-Otakaro Network manager Hayley Guglietta brought the issue of theft and vandalism in the red zone to the Waitai Coastal-Burwood Community Board last month and was told red zone patrols would be reinstated in early May.

The table was stolen at night. Photo: Supplied
However, the patrols are yet to be reinstated, leaving Guglietta disappointed to see another community project targeted by petty crime.

“We’re having so much trouble out here, we wanted to get the security patrols back in before we put anything else back in there and they were supposed to get them back up and running but they haven’t,” Guglietta said. 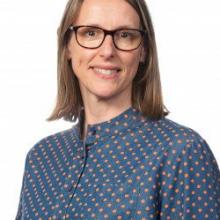 Bebe Frayle.
Guglietta said there has been ongoing issues with theft and vandalism in the red zone with the Medway St bridge being the latest target of vandalism days after it opened.

Burwood Ward board member Bebe Frayle said there were issues with sorting out a contractor for the patrols and the city council is working through this process.

“They are expected to get these up and running end of May or beginning of June,” Frayle said.

“They are committed to doing it, it’s just about sorting the logistics.”

Guglietta said it was the pupils that discovered the tabletop was missing when they went to the playground, which was “even more disappointing.”

“This is like three or four years of work and planning that gets wiped in one evening,” she said.

“They’re wanting activation in the red zone but no one’s going to want to activate anything if everything they do is going to get stolen or vandalised or tagged.” 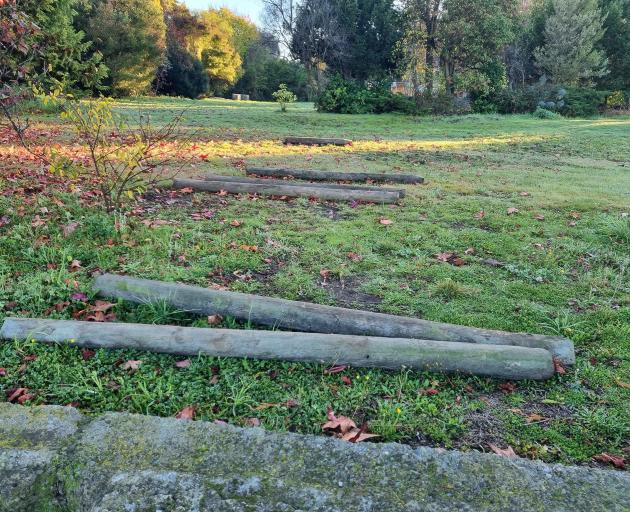 These wooden posts were lying around the playground and appear to have been used to roll the tabletop away. Photo: Supplied
Guglietta has filed a police report on the tabletop and has gone back to the city council about the issue but was told they would get back to her.

She said the people that stole the table would have had to use wire cutters and tools to unscrew the bolts and used wooden posts lying around the playground to roll it off-site.

“Our communities want to activate the red zone but if we can’t get support on simple things like helping us with security then no one’s going to want to do it,” Guglietta said.

“Our community deserves to have some nice things, we’ve been through a lot.”

Guglietta is asking the community to keep an eye out for the tabletop that is over three metres long as they “just want it back” for the pupils.

“It’s not going to stop us from doing stuff,” Guglietta said.

“We’ll just have to think of how we’re going to do it differently.”