Barker's was founded by Anthony Barker and wife Gillian in 1969.

Their first product was elderberry wine - a huge hit - and from there they diversified into full-scale fruit-wine production.

Mr Barker was a tinkerer who converted unlikely home appliances into wine-making paraphernalia and one of his greatest achievements, outside wine-making, was to invent what became the Kent (Barker) log fire, royalties from which helped keep the company afloat in challenging times.

One of the hardest decisions the Barkers made was to stop making fruit wines in favour of creating a fruit ingredients and bakery fillings business.

After a steep learning curve - and some lean years - they launched Barker's blackcurrant and shifted from being a cottage industry to a New Zealand food producer and export business.

Barkers process a lot of New Zealand produce for New Zealand provenance label claims and export more than 20 per cent of production, mostly to Australia.

It has grown 11 per cent per annum over the past 25 years and employs more than 220 staff, making it a significant employer in South Canterbury.

A new book, Barkers of Geraldine: 50 Years Preserved, is Michael Barker's tribute to his father, Anthony and is the story of a heartland New Zealand business.

Michael Barker has spent his life at Barkers, and has been winemaker, production manager, general manager, managing director and is now chairman and still has a minority shareholding.

He is proud the business is still on the family farm near Geraldine and has just finished developing a central Geraldine site for the new Barker's Foodstore and Eatery.

He also refurbished the former Anglican vicarage for boutique accommodation.

Mr Barker is also keen to further develop a scenic walkway along the Waihi River, which runs through Geraldine. 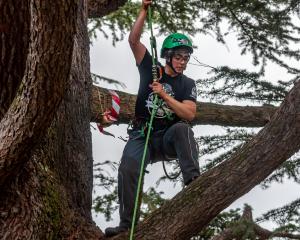