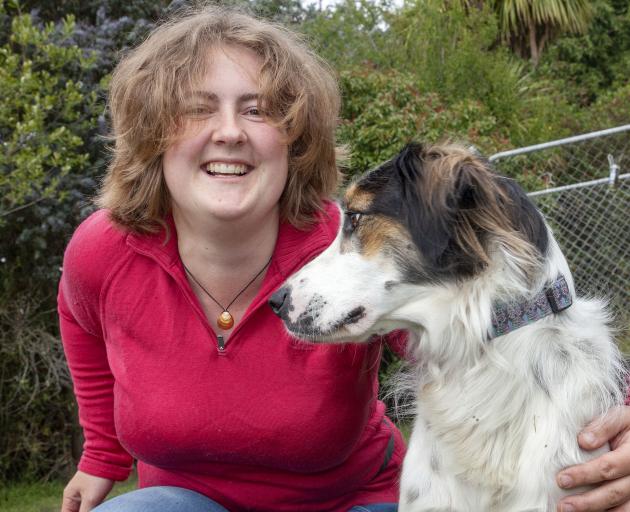 Vikki Smith is keeping Mort at home and away from other dogs as he recovers from a case of suspected kennel cough. Photo: Geoff Sloan
Mort the prize-winning Canterbury pooch has met another obstacle in life - and it is not on the agility course.

His Leeston owner Vikki Smith suspects her two-year-old huntaway cross has contracted kennel cough. There is an epidemic in New Zealand which is spreading across Canterbury.

Mort had a rough start to life. He was found tied up and underweight, covered in fleas and with worms on a farm in Timaru in 2019.

He was rescued by a dairy farmer and adopted by Smith, who managed to tame his wanton energy, which would see him scream and lunge at other dogs, into stunning achievements on the agility course.

Mort is an advanced trick dog who has won and placed in obedience competitions; he has competed on TVNZ’s Dog Almighty and performed well in dryland sled dog events and the emerging sport of scent work.

Kennel cough, or canine infectious tracheobronchitis, is highly contagious and spread in areas such as dog parks, boarding kennels and beaches. It can lead to problems for older canines, causing pneumonia and even death in rare cases.

Smith said she was keeping Mort home until the symptoms of the suspected illness passed.

“He just keeps having these coughing fits, it sounds like he is trying to clear his throat. Last night he woke me up because he was sneezing and coughing like he was trying to hoick something up but he couldn’t,” Smith said.

Mort had been vaccinated against kennel cough but she believed he may have caught it at kennels he had recently stayed at. She believed this was more likely than him having caught it from the Leeston Dog Park which she had visited recently, as she had only been there for about two minutes, and Mort had not mingled with other dogs.

Mort was a dog with lots of energy, and Smith was keeping his brain active during his recuperation with low-exertion training exercises, such as sniffing out hidden items.

Jade Bosch, manager of Selwyn’s largest kennels, Bunny Lodge Kennels and Cattery at Rolleston, said late last week there had been eight cases surface in dogs staying at the premises since New Year. With a 10 to 14-day incubation and some dogs not showing symptoms, it was difficult to know whether they had contracted it before coming in to the facility or while there.

The 250-dog kennels isolated any such cases, while giving the owners the option to come and pick their dogs up. Management could only continue to be strict on vaccinations, hygiene and public information.

Vaccinations were the best way to do protect pets, along with safe distancing and not sharing water bowls, a spokesperson said.

“This is one of the reasons why we do not install shared water bowls at our dog parks.”

Lincoln Village Vets veterinarian Anneke Rolls said she has not seen an increase in cases but was monitoring the situation. She advised people to continue walking their dogs, but avoid dog parks at busy times, and that vaccinations should be repeated annually. Because of the combinations of different organisms involved, it was often the case that even vaccinated dogs showed symptoms.

Vets at Selwyn VetEnt clinics (Leeston, Darfield and Lincoln) said they had noticed an increase in both suspected and confirmed cases.

If a dog with kennel cough was bright and happy, eating, and not in distress, generally they would recover gradually over one to two weeks. If unwell, or vulnerable due to being young, old or immuno-compromised, owners should contact their local vet by phone.

Treatment may include antibiotics, cough suppressants and/or anti-inflammatories. 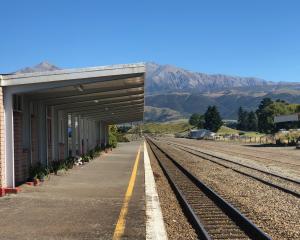