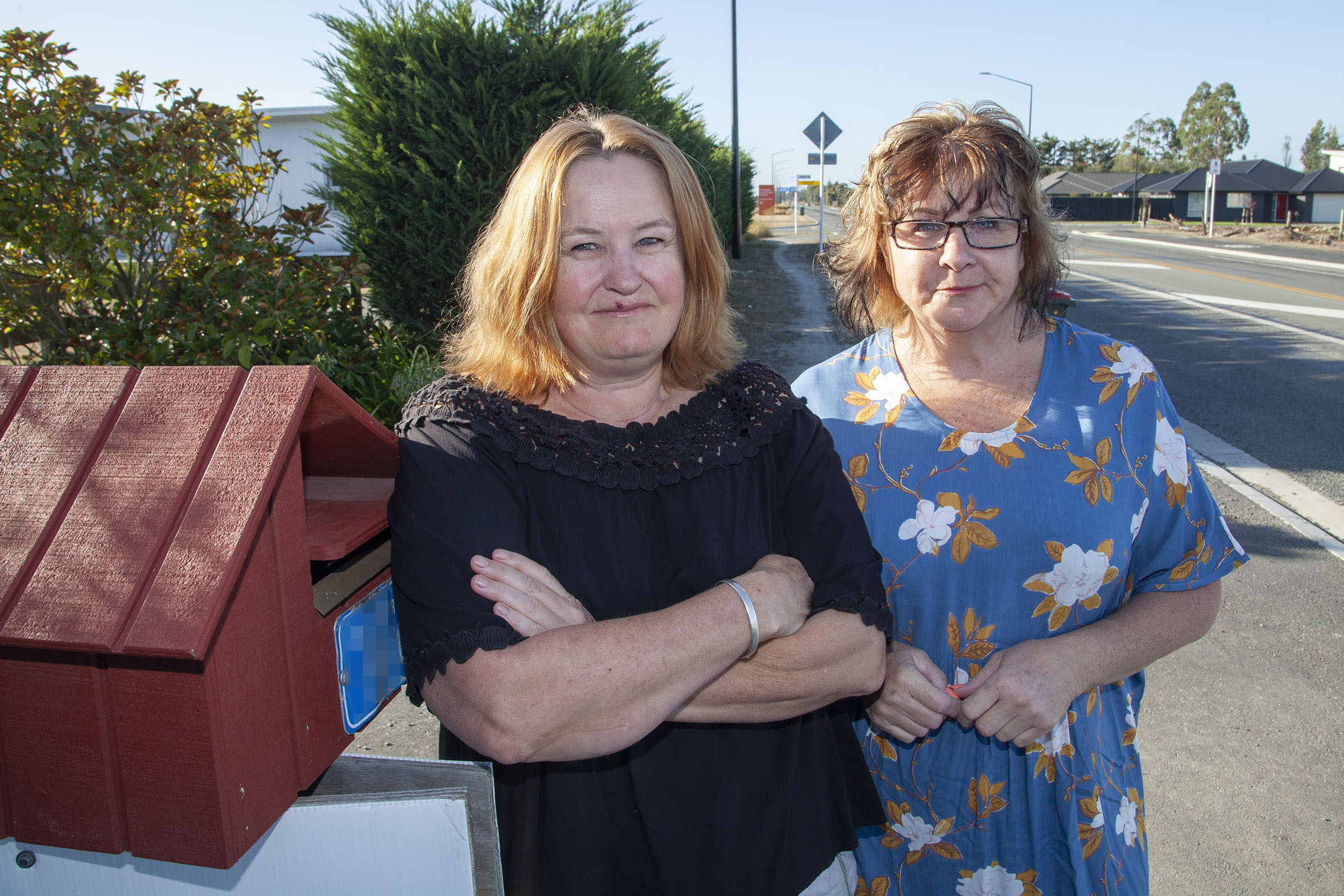 Melissa Mackay and neighbour Karen Coleman, of Rolleston, had a change of address without being notified. Photo: Geoff Sloan
Nine Rolleston residents did not receive mail for several weeks after New Zealand Post changed their addresses without telling them. It then stopped delivering.

Lifestyle block owners on Springston Rolleston Rd, between Dynes Rd and Broadlands Drive, only found out afterwards they had a new postcode. Their address had also gone from a rural delivery address to a residential address.

Resident Karen Coleman said her RD postie told her in early February that his contract was ceasing, and that a new person would be taking over. However, as soon as he finished, there was no mail.

As she faced an empty letterbox day after day, she went to New Zealand Post for answers. In spite of assurances, the organisation did not come back to her or fix the issue, so she kept calling.

During one conversation about three weeks ago, the representative she was speaking to mentioned that Coleman would have received a letter about her address change. She said she hadn’t.

Neighbour Melissa Mackay was just as perplexed about not receiving her mail.

She said in one of her phone calls to New Zealand Post to find out why, the representative told her that she had a new address. Instead of RD 8 Christchurch, with the postcode 7678, she was now at Rolleston, postcode 7615.

The whole episode had been a “nightmare.” One of the items which went missing was a credit card her bank was sending her, forcing her to cancel it.

“I just want to know where our mail is,” Mackay said.

She had even gone to the extent of installing a second letterbox, thinking that perhaps the reason her mail was not being delivered was that her letterbox for rural delivery was on the opposite side of the road. But then both letterboxes remained empty.

“It didn’t matter, because we didn’t get mail in either one,” Mackay said.

Both Coleman and Mackay started to get mail again last week. They suspect there is mail from the five-week non-delivery period which has gone missing.

A New Zealand Post spokesperson told Selwyn Times that due to continued growth in Rolleston, some customers previously located within rural delivery boundaries would now have their mail delivered by a postie.

New Zealand Post communicated the changes to affected residents by letter, but then found out some did not receive the letter and were not receiving their mail.

“We have investigated and unfortunately due to a miscommunication within our team, we did not deliver mail to nine residents for a number of weeks,” the spokesperson said.

New Zealand Post was sorry this had occurred and reassured customers it had delivered any outstanding mail. It was reviewing its systems and processes to ensure this situation did not happen again.