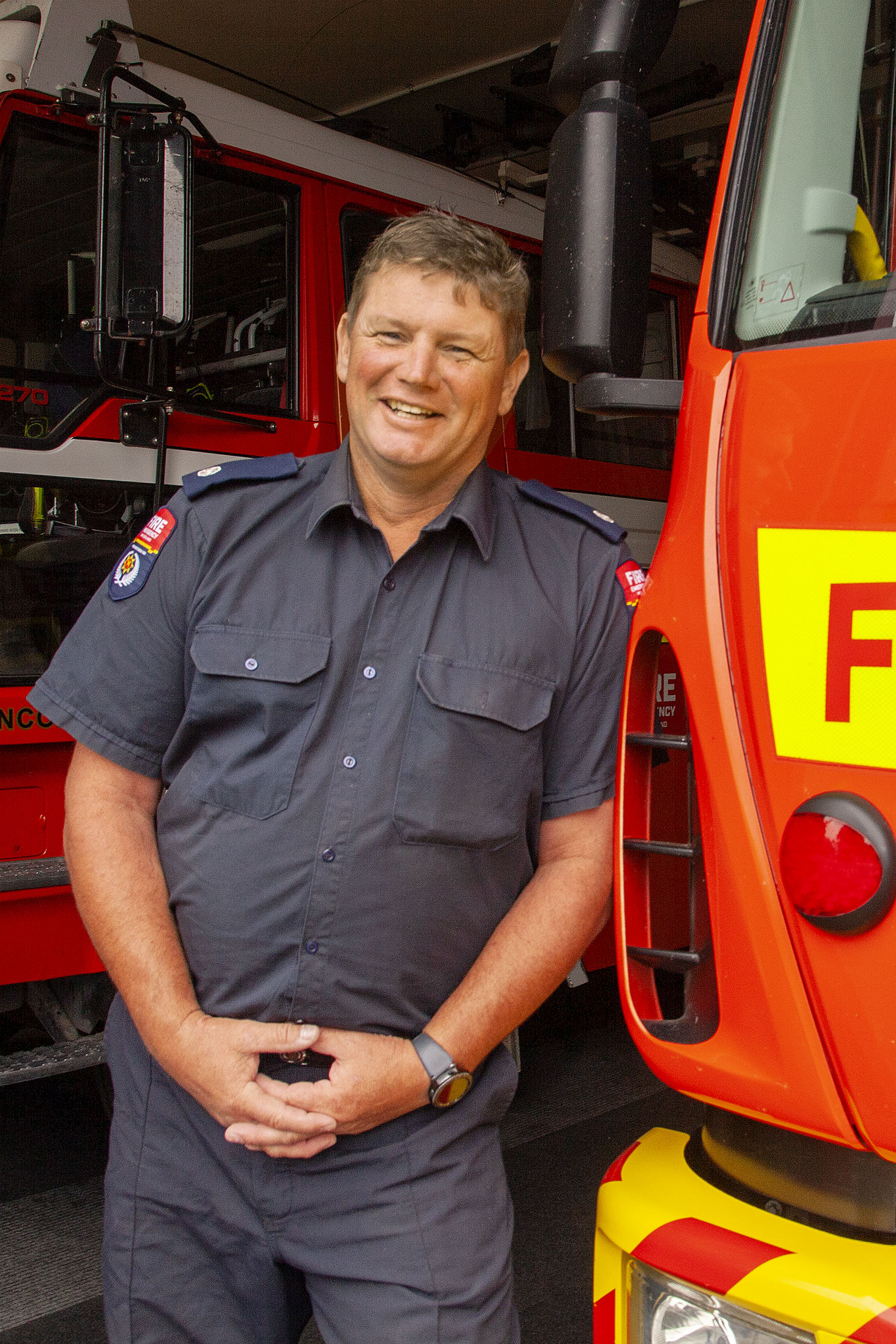 It’s a career that has seen him attend the worst of calls, where people do not make it out alive from house fires, and the best, where he has been able to save lives.

Bee was raised in Stokes Valley, Lower Hutt, and joined the Stokes Valley Volunteer Fire Brigade at the age of 20, serving there for 17 years and moving through the ranks to become deputy chief.

Firefighters had to attend their fair share of house fires in the area, some of which were fatal, although one Bee attended in 1997 stands out in his memory.

The Stokes Valley brigade had been called in to cover for Petone, where crews were fighting the huge blaze which destroyed Broadcasting House, Wellington, on September 28. The Stokes Valley firefighters responded to a fire in a two-storey house, and when they arrived found it was thick with smoke.

Bee and one of his comrades conducting a search inside were relying on feel as they went left to right in rooms, as they had been trained, and stumbled upon the man lying at the bottom of the stairs.

They carried the unconscious man outside, where fellow firefighters gave him oxygen to revive him prior to him being transported by ambulance to hospital.

“I guess it was luck that he is alive today, another 10 or 15 minutes it would have been very different.”

After dragging the man out, Bee and his fellow firefighter went back into the house to search for more people, but were grateful to find the man had been the sole occupant.

“Yes, we went back in and conducted a search again, that’s a typical firefighters’ duty.” 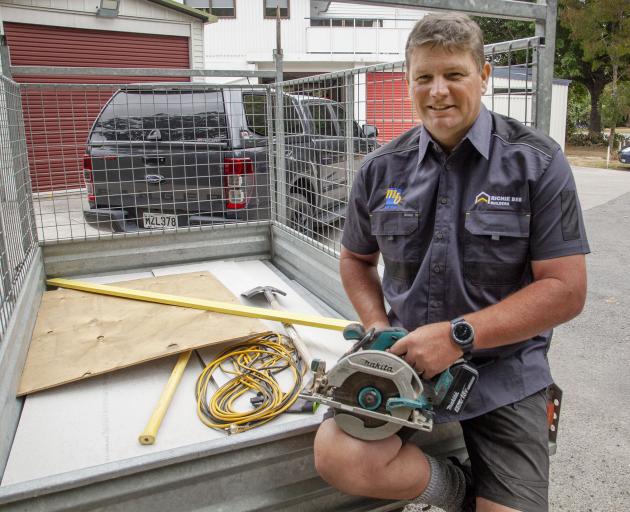 Richie Bee moved his building business to Lincoln from the North Island in 2013. Photo Geoff Sloan
Bee said it was great to have the survival stories, but other callouts were just as memorable. The most upsetting event he had ever attended was a young child killed after being run over by a rubbish truck also in the late 1990s.

Bee moved to Lincoln in 2013 with wife Sarah and their children, wanting to shift his building business to Canterbury.

“A big requirement of shifting was that we went to a town that had a fire brigade, and Lincoln it was,” he said.

It was the start of a big learning curve, with call-outs for the Lincoln Volunteer Fire Brigade differing dramatically from his brigade in the North Island, which had not been a rescue tender.

He had to learn how to cut people out of cars, as well as all about fighting fires in Canterbury terrain and nor’west conditions, dealing with fast moving grass fires, paddock fires and large vegetation fires. 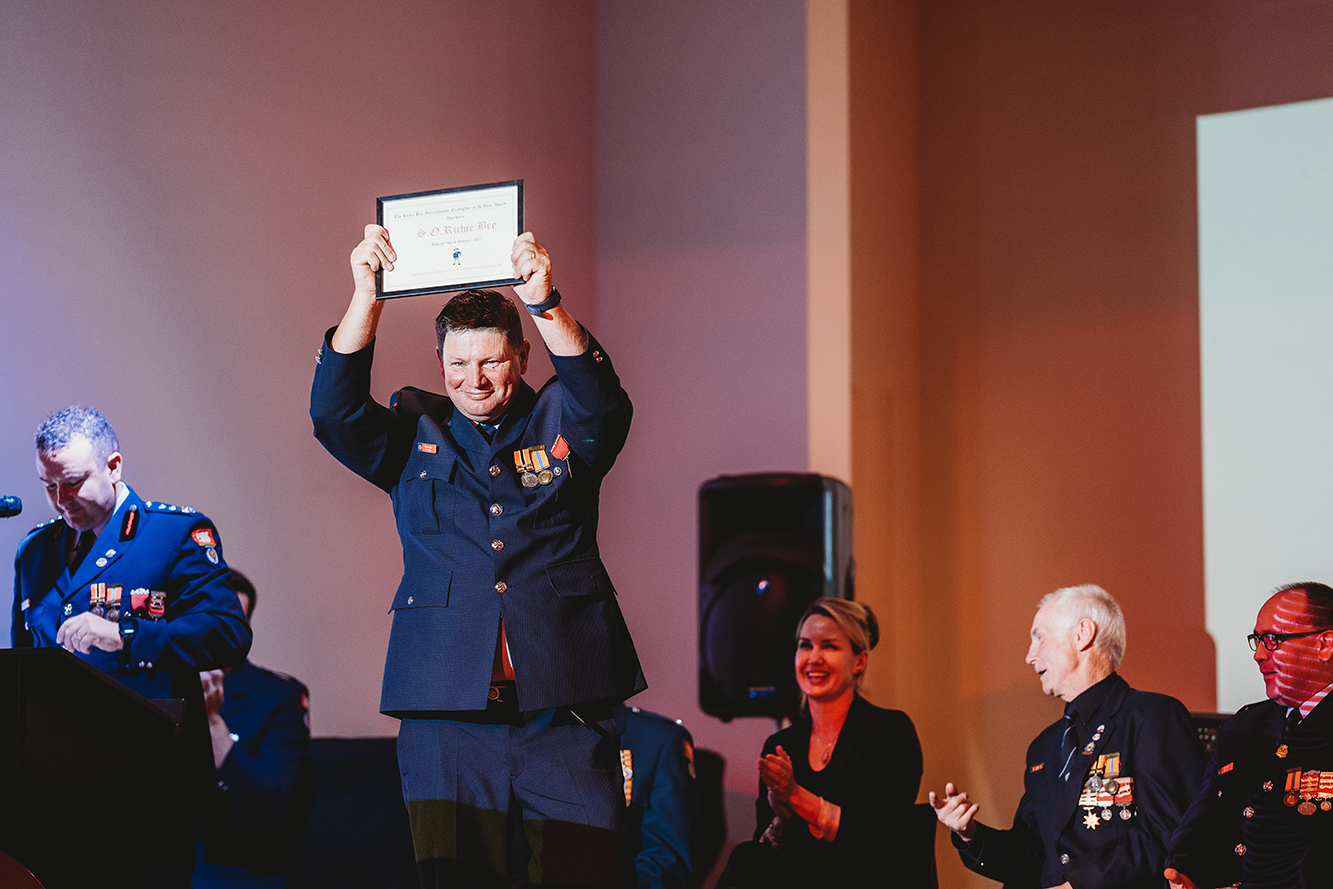 Richie Bee received his gold star at a presentation ceremony last month. Photo Tegan Johnson Photography
Lincoln call-outs have increased from about 180 calls per year to about 280 per year from when he first joined. He said it was a busy and well-supported brigade. He continues to enjoy the large diversity of calls and the comradeship of his fellow volunteers, just as he had at Stokes Valley.

Bee had his 25 years of service recognised when he received his gold star at a fire service presentation ceremony last month.