It has been confirmed that she will go on trial next year.

She was excused from being in court after her medical team revealed it would not be in her best interests.

Her husband, orthopaedic surgeon Graham Dickason, found the three children dead and his wife in a serious condition when he arrived home from a dinner with colleagues.

Dickason has not attended any of her court hearings since her first appearance two days after the children were killed.

The first appearance was in the Timaru District Court and subsequent dates have been in the High Court at Timaru, held in Christchurch.

In October her lawyer entered pleas of not guilty to all three murder charges with Dickason's signed consent.

Several scheduled court dates since then have been adjourned as health assessments for the accused killer continued.

Today, Justice Cameron Mander excused Dickason's attendance but the callover for her case went ahead.

He said the appearance was excused on advice from her managing clinician.

Justice Mander continued her remand in custody - in the medium secure psychiatric unit at Hillmorton - until her next court appearance on July 29.

Dickason has also been excused from attending that hearing - largely an administrative fixture - in person.

It is understood several members of the Dickason family watched today's court hearing via remote access links from overseas.

Details of any funeral or farewell for the little girls have not been shared by the family. 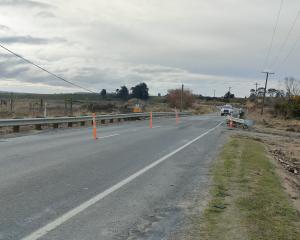