A video showing the bite marks sustained by a teenage girl in a shark attack in Ōamaru has been posted to social media.

In the video, the 13-year-old girl can be seen in a hospital bed showing off her scars after receiving 52 stitches.

She appears to be in good spirits with a smile on her face, and even laughing, throughout the video.

When asked by family members in the room what she did during the attack she answers that she "just kept kicking" the shark. 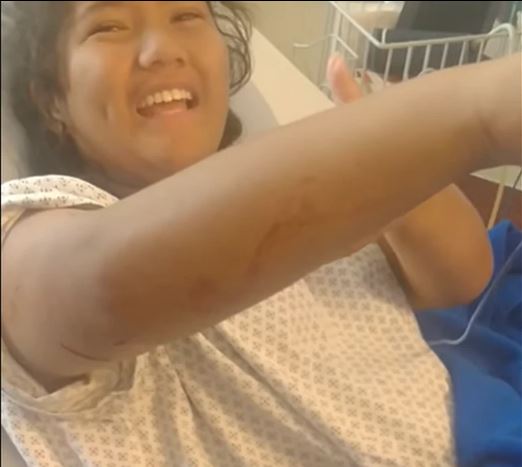 An update on the teenage girl who was attacked by a shark in Oamaru yesterday has been posted to social media. Photo: Supplied
Yesterday, the Otago Daily Times reported Sergeant Tony Woodbridge, of Oamaru, said a group of about five young people had been jumping off Holmes Wharf and paddling in the harbour when the girl was attacked.

Emergency services were called to Friendly Bay about 4.30pm, and witnesses told police the shark was dark grey in colour and about 6ft long, Woodbridge said.

It was believed to be a sevengill shark, which are often spotted in the Oamaru Harbour area. There had been several reports of sightings on social media over the past month.

The girl had several puncture wounds, and was taken to Oamaru Hospital for treatment.

Woodbridge said the girl was in good spirits after the attack, and the injuries were not life-threatening. 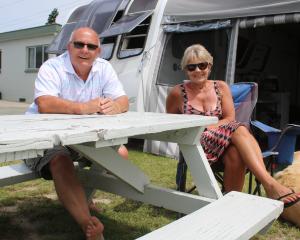 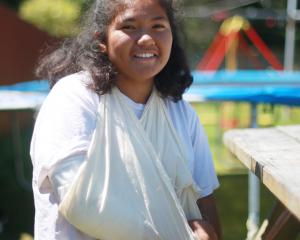