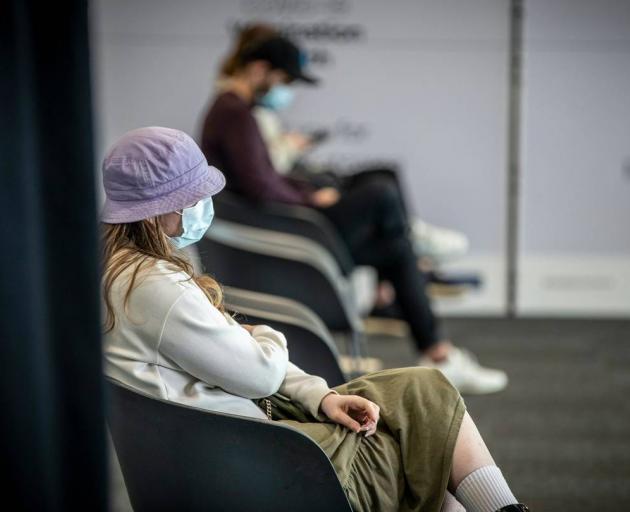 Last week the Government moved to mandate the vaccination of high-risk workers in the health and disability sector by December 1. Photo: Michael Craig
A Mid Canterbury GP who spoke at an anti-lockdown rally on Saturday has resigned after the Government made the Covid-19 vaccination compulsory for doctors and other health workers.

Dr Sophie Febery, of the Methven Medical Centre, revealed on a community Facebook page that she had been halted from seeing patients face to face from next weekend onwards as she was refusing the Pfizer vaccine.

She was also one of a handful of doctors who spoke at rallies around the country, organised by The Freedoms and Rights Coalition.

The organisation has coordinated multiple illegal anti-lockdown demonstrations in Auckland which have been attended by thousands.

Febery's speech was filmed and then shared online by the New Zealand Doctors Speaking Out with Science (NZDSOS) website.

"My conscience means more to me than my career," Febery said at Saturday's Christchurch rally which was met with applause by patrons.

She also hit out at the amount of censorship that was going on in the health sector after the Medical Council of New Zealand told her not to spread "an antivax message".

"I found out quite early on that I was not allowed to talk about this to my patients," she said.

Febery's husband Aidan told Local Democracy Reporting that his wife would not be making any further comment.

Last week, the Government moved to mandate the vaccination of high-risk workers in the health and disability sector by December 1.

Febery did not elaborate as to the reasons she was refusing the vaccine in the post, which had since been taken down by page administrators.

"There are a number of people in [Methven] who remain in a similar position to me and fear for their jobs," she said.

She said she may be available to her patients for phone and video consultations following October 30.

Ashburton District deputy mayor Liz McMillan said it was Febery's personal choice and that she had played a significant part in Methven's favourable vaccination rates.

McMillan said she was unaware that Febery spoke at a rally in Christchurch at the weekend.

Last year Febery launched a Facebook campaign in an effort to get everyone wearing masks in public.

The Methven Medical Centre administered a total of 336 jabs during Super Saturday.

The practice did not respond to requests for comment.