Two Kiwis have been arrested in eastern Europe accused of being involved in a global Hells Angels cocaine and methamphetamine drug trafficking ring.

The two New Zealanders detained in Romania on charges of cocaine trafficking, along with the alleged boss of the Bucharest branch of the international Hells Angels Motorcycle Club, have been named by prosecutors as Michael Matthews Murray and Marc Patrick Johnson.

They were arrested after raids on eight properties across Bucharest last week aimed at "dismantling an organised criminal group specialised in committing crimes of cross-border high-risk drug trafficking, money laundering and instigation of aggravated murder".

Romanian authorities allege that Murray and Johnson - New Zealand citizens - were arrested "immediately after negotiating the payment of a quantity of cocaine, what was to be transmitted to New Zealand". 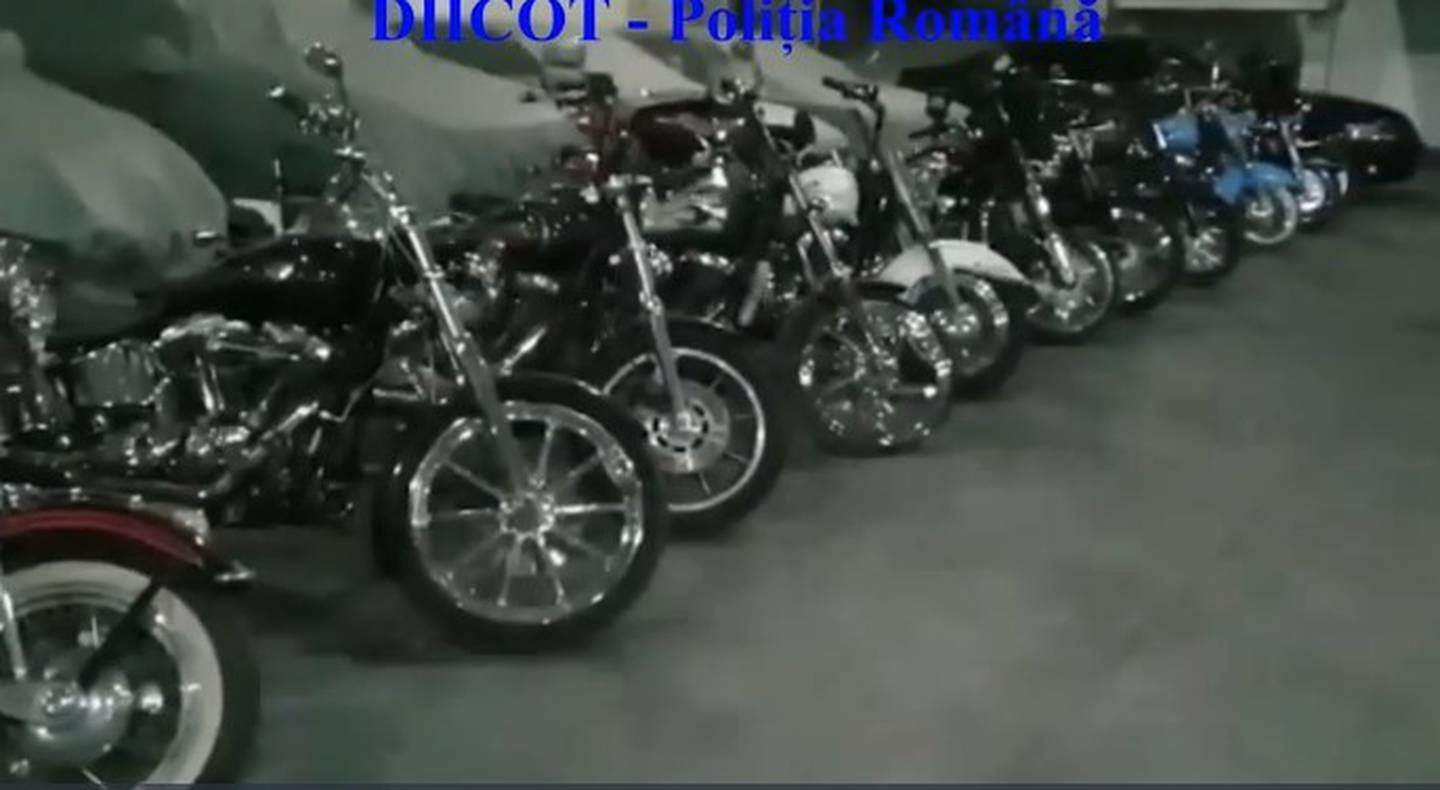 Two luxury cars and 12 motorcycles were seized in the raids, along with US$200,000 cash. Photo: Politia Romana via NZH
A thermal imager drone was used to allegedly capture the moment of the suspected big drug deal.

The crackdown came after American authorities made a request for international legal help in an investigation into an organised criminal group "responsible for obtaining significant amounts of cocaine and methamphetamine in the United States and other states and the distribution of these drugs within the European Union and New Zealand".

"Members of the criminal organisation have obtained and distributed drugs for the benefit of several well-known organised crime groups operating in the United States, the European Union and New Zealand," Romanian organised crime and terrorism agency, DIICOT says.

The Bucharest Court of Appeal has ruled that Murray and Johnson are to be remanded in custody for 30 days and will next month rule on an extradition request made by the US authorities.