Illusionist David Blaine has successfully pulled off his latest death-defying stunt after floating more than 24,000 feet in the sky only holding onto a handful of balloons.

Wearing a harness, Blaine held 52 helium-filled balloons as he launched himself into the Arizona sky as he successfully attempted to reach his projected altitude of 18,000 feet.

Blaine's risky stunt was made more death-defying when it was revealed he didn't put his parachute on until he was approximately halfway up. 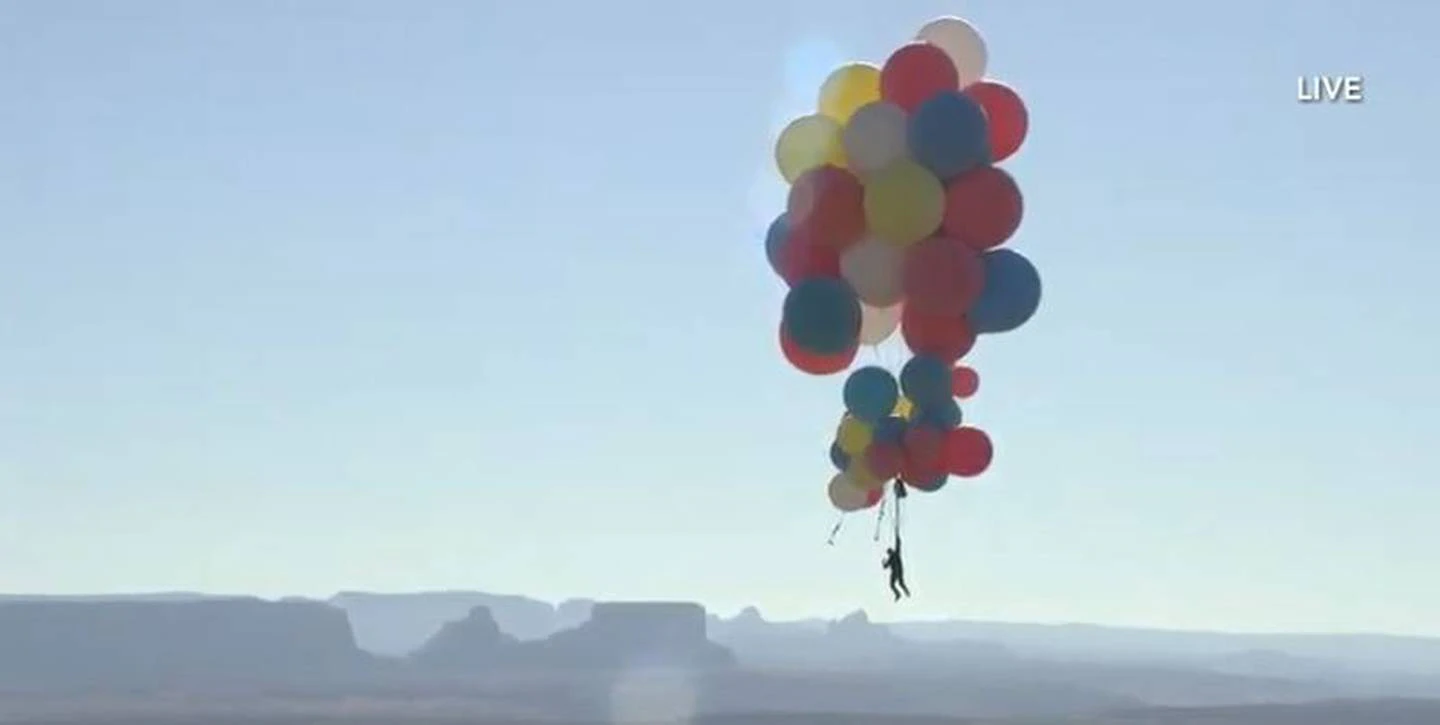 He didn't even put his parachute on until he was approximately halfway up! Photo: David Blaine
As he reached certain levels of altitude, Blaine would drop weights and various parts of his balloons contraption to aid in the rise, and then he pulled down his parachute and attached it to his body mid-air.

After he was connected and secure, Blaine increased his ascension and went through a rigorous breathing technique to get his oxygen levels right and prepare for his giant drop.

During the stunt, Blaine spoke with his daughter Dessa, telling her it felt like he was floating, telling viewers it didn't feel like he was on Earth.

He told his crew he was proud of them and he never felt more confident about any stunt he's pulled off. 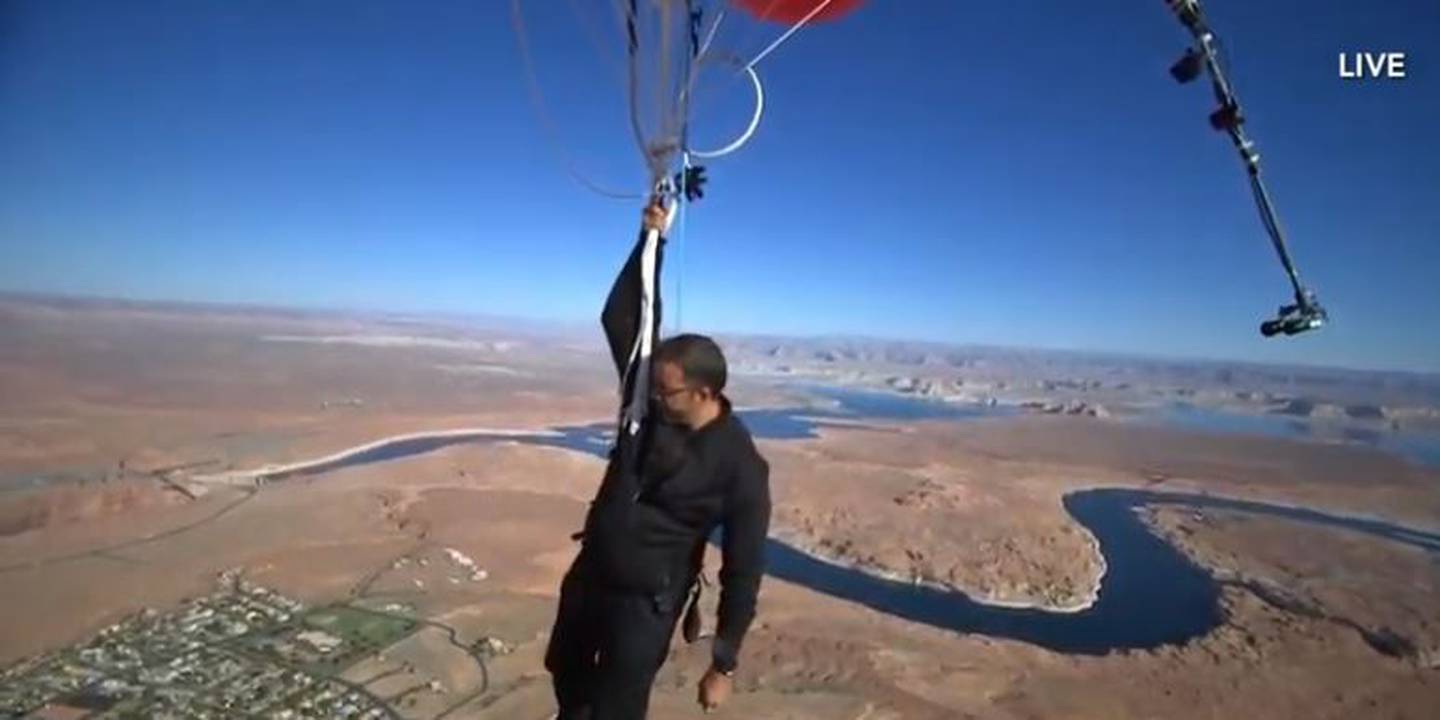 David Blaine reached 24,700 feet before letting go of the balloons and parachuting back down to Earth. Photo: David Blaine
After he hit more than 24,000 feet he pulled the cord, releasing the balloons and began his free fall before opening his parachute up.

Blaine's only hiccup was missing his landing spot, but still safely came down to land nearby.

With his feet firmly on the ground, Blaine said it was his "most ambitious and revolutionary feat yet".

Ascension had been scheduled to take place in New York City but was rescheduled for Arizona due to the complexity of the project.