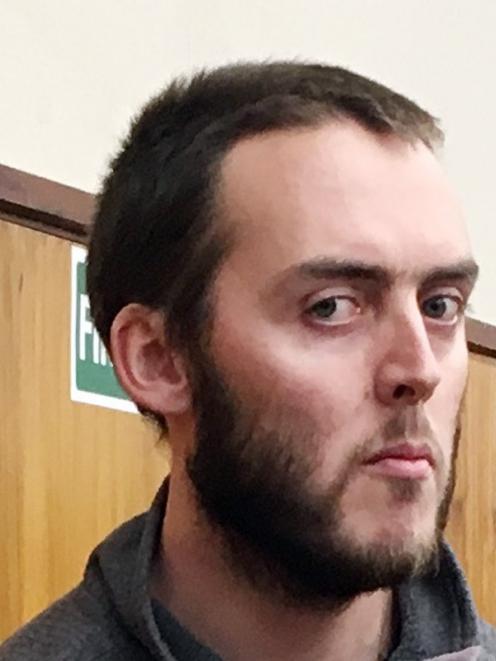 Geordy Johnstone will be released to Dunedin while on parole. PHOTO: STAFF PHOTOGRAPHER
A sex offender caught with a massive haul of child abuse and bestiality material will be released from prison this month.

Geordy Peter Brian Johnstone (27) would be banned from contact with children and animals for at least the next six months, the Parole Board ruled at a hearing a couple of weeks ago.

In 2019, he was jailed for three years, three months on 28 charges of possessing objectionable publications, which amounted to more than 5600 files.

Among the files amassed by Johnstone over 14 months were photos of young girls being violated and subjected to bestiality, as well as young boys being abused, hogtied and kept in a cage, the court heard at his Alexandra District Court sentencing.

One of the victims was just 6 months old.

Most of the images found on the man’s computers fell into "category A" - the most serious classification.

Johnstone began collecting the illegal material less than a month after coming off a home detention sentence, which he received for groping a 6-year-old boy.

Since being incarcerated, he had completed specialist child-sex offender treatment and had a glowing report from Rolleston Prison staff, who described him as "polite, respectful and compliant".

Johnstone had worked in the construction yard since June last year as a plasterer-painter and when that was closed because of Covid-19, he volunteered at the prison nursery.

The Parole Board heard the inmate had been assessed for an extended supervision order - a measure which can keep high-risk offenders under Corrections’ spotlight while they live in the community, for up to 10 years.

No decision had yet been made on whether that order would be pursued, panel convener Judge Geoffrey Ellis said.

He noted Johnstone might lack family and community support on release in Dunedin, but said he was satisfied the supported accommodation and electronic monitoring mitigated the risks posed.

Among Johnstone’s 15 parole conditions were. -

• To live at a Dunedin address approved by Probation.

• To comply with electronic monitoring.

•  Not to enter or loiter near any school, early childhood centre, park, library, swimming pool, recreational facility or church.

• Not to possess any internet-capable device.

• To attend any counselling as directed by Probation.

• Not to possess alcohol or non-prescription drugs.

• Not to have physical contact with any domestic animal.

• To inform Probation of any changes in relationship status.

• To inform Probation of any changes in employment.