Collins keen to stay on as National's leader

National Party leader Judith Collins has ruled out resigning, no matter what happens in tomorrow's election.

"I never ever in my wildest dreams ever imagined that I would have to take over the leadership in the circumstances I did," she said.

"Suddenly I was into it with our internal polling very, very poor... I've been getting it back up.

The latest Colmar Brunton poll, conducted between 10 and 14 October, showed 46% support for Labour and 31% support for National.

Collins said 15% of voters were undecided - and that could shift the election tomorrow towards a National victory. 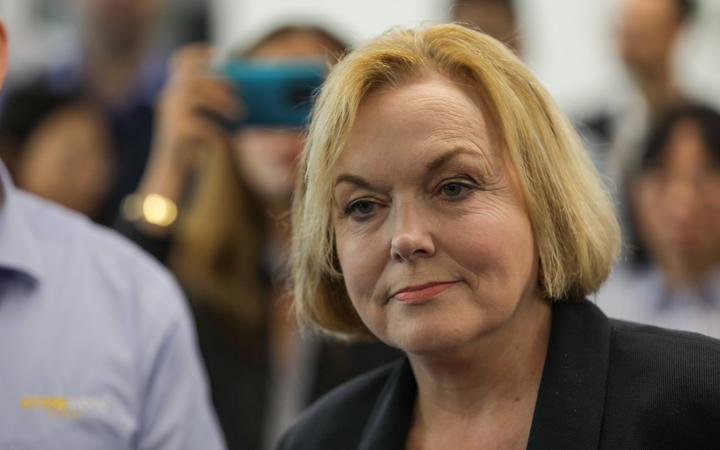 National Party leader Judith Collins. Photo: RNZ
Some National Party supporters were "quiet Kiwis", who were reluctant to reveal their preferences to political pollsters, she said.

"I've been able to re-energise the party and I think we have a real shot tomorrow."

Collins said she was not worried by increased support for the Act Party, which received 8% support in the latest poll.

"The answer to them, if they want to help get that National-led government, is to party vote National."

Collins ruled out any possibility of National seeking support from New Zealand First to become the Government.

New Zealand First received 3% support in the latest poll, while the Green Party was on 8%.

"Our caucus has made it very clear their view is they would rather not do a deal with Mr Peters.

When asked about her views on the widening gap between the wealthy and those living in poverty in New Zealand, Collins said "some people will have more money than others".

"When you talk about inequality, if you mean taking money off people who have it to give it to other people, that's not what we're going to do," she said.

"The National Party stands for aspiration and growing the economy and growing wealth for everybody, not just saying 'we've got what we need now, we're going to chop it up'."