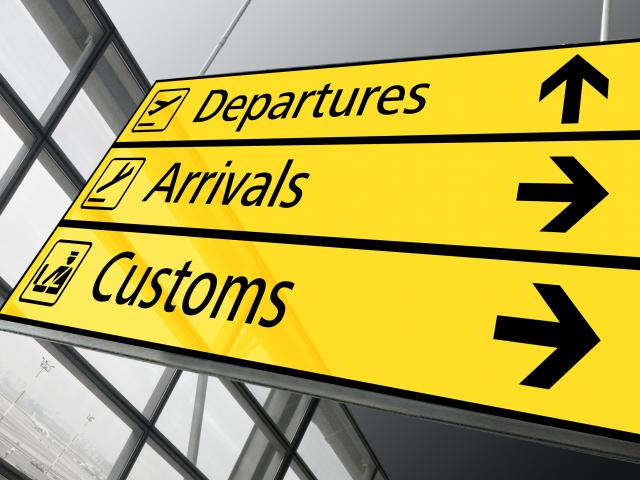 The Government is stepping up New Zealand's Covid-19 testing system at the border.
All air crew on "high risk" routes will have to stay in isolation and return a negative test before they're allowed into the community, Health Minister David Clark says.

Testing of air crew will focus on "high risk" routes, such as those to the United States, Clark said.

Air crew have already have PPE and other health measures in place, and there were "ongoing conversations" about widening out the testing regime, Clark said.

There was no evidence workers at managed isolation facilities were being exposed to the virus but the Government wanted more confidence that was the case.

Money had been put aside for the new testing regime, he said.

Clark said he'd seen when a mistake had been made by officials it had been owned and fixed, when he was asked how he could have confidence in the system despite the slow implementation of double-testing at the border.

There was no evidence air crew had infected people in the community, Clark said. The Government was taking the advice from the expert advisory group which said air crew didn't need to wear masks when they were in public, he said.

Close to $89 million has been set aside for six months of the new testing regime.

Clark said he was "not at all happy" and there'd been "frank words" when things had gone wrong.

But he said he was proud of officials who'd "owned" mistakes and sought to fix them.

The Government is stepping up New Zealand's Covid-19 testing system at the border as more New Zealanders arrive from overseas, Clark says.

• Regular health checks and asymptomatic testing of all border-facing workers

"We took swift action at the start of the outbreak to bolster our testing and our programme has served us well to date. With over 340,000 tests done to date, we have the highest rate of tests 'per confirmed COVID-19 case' in the world," Clark said.

"The greatest risk for us now is the thousands of New Zealanders coming back from global hotspots so our testing strategy will focus on our border."

He said the Ministry of Health was already testing people in managed isolation and quarantine facilities at days 3 and 12, and a negative result is required for the day 12 test before people are allowed to leave their quarantine facility.

"Under our enhanced strategy, priority for testing will be given to those who are most likely to have been exposed to COVID-19 which is our border and airline staff and those arriving back in New Zealand."

These workers include:
• Border workers in customs, biosecurity, immigration and aviation security at airports, and the people who clean at international airports or maritime ports in areas/conveniences visited by international arrivals.
• Staff who work in managed isolation and quarantine facilities, including those who drive people entering the country from the airport to the facilities
• International air and maritime crew.

"Across the wider community, we will continue to test all close contacts of confirmed or probable cases," Clark said.

"Given the current low levels of influenza in the community rigorous monitoring of testing rates across DHBs will be required to ensure we have confidence in equity of access to testing and also to ensure an adequate level of community testing continues.

"Anyone presenting to primary or secondary care with symptoms consistent with COVID-19 will be offered testing even if they have no history of international travel or contact with travellers. This is important for surveillance purposes."

He said that to ensure surveillance testing is appropriate and equitable, the Ministry will "rigorously monitor" testing rates across DHBs and population groups and will conduct a weekly review of testing by each DHB and by ethnic group.

"Importantly, we'll be requiring DHBs to take specific actions to increase access to testing for population groups where there is significant variation to national or regional average rates.

"The Ministry will also make clear to DHBs the Government's expectation that there will continue to be a low bar to meet to obtain a Covid-19 test."