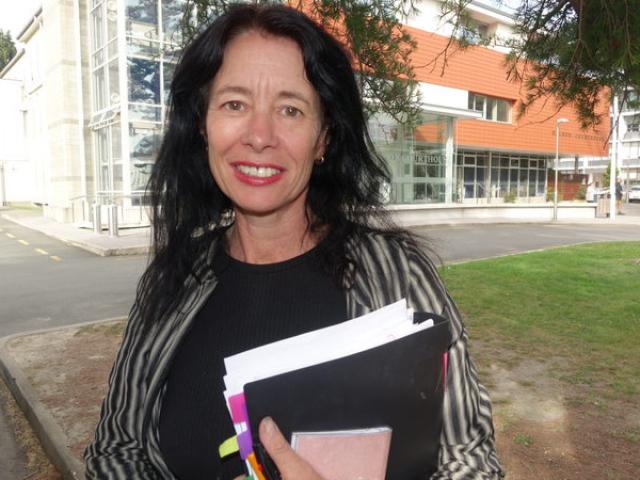 Nelson lawyer Sue Grey. Photo: RNZ / Tracy Neal
A South Island lawyer fighting cannabis prosecution cases says she is seeing a surge in the number of people being taken to court for using or supplying the drug as a medicine.

Police only have discretion not to charge when people are caught with small amounts.

Having represented the high-profile green fairy Rose Renton in court in early 2019, Nelson lawyer Sue Grey is no stranger to the cannabis enforcement laws.

Following the case she said there seemed to be an "amnesty on prosecutions" for people using cannabis as medicine or the 'green fairies' supplying it.

In recent months she said that had changed - there's about one new client contacting her every week having been caught out with cannabis intended for pain relief.

She is actively working on prosecutions in Auckland, Hawke's Bay, Nelson Dunedin and Taranaki.

"Some of them are very, very ill and are growing for their own purposes. Others are altruistic, natural healers and they've been growing to supply to their friends and their family and sometimes a slightly wider network of ill people. In some cases there's none at all," she said.

Many of her clients have been discharged without conviction, yet Grey said the arrest and legal process is still "immensely distressing", especially for chronically ill people.

She said many can't afford hundreds of dollars each month to get a medically prescribed cannabis product.

"It costs around $20,000 to get the necessary licences and it takes a long time. The process is very, very slow. What it means is the people that have been the local community healers and green fairies can't afford $20,000. It's being left to the bigger corporate organisations to try and work their way through that process," she said.

This follows the raid of a Waikato property and arrest of a man who told RNZ he was giving cannabis to about 50 elderly people in pain.

Jason Tong and his son entered not guilty pleas to three charges of cannabis possession and supply in Huntly District Court on Monday.

The case has since come to the attention of Health Minister Andrew Little who said he expects police to enforce the law and also to exercise discretion.

"As a general rule, I think this government has indicated that the way we want drug laws to be enforced is on the basis of public interest considerations," he said.

But police have now confirmed Tong's case didn't meet the criteria for discretion under the Misuse of Drugs Act, which is for people caught with "a small amount" of drugs, or drug utensils.

Police said officers located a "significant amount" of cannabis at a property in Meremere with a street value of about $53,000 dollars.

The executive director of the Drug Foundation, Sarah Helm, said police couldn't be blamed for enforcing the law.

However she was concerned about the implications.

"We have a number of patients out there that are probably scared right now. Scared that they will be prosecuted, or they've probably had their own supply cut off - those who were relying on those people that have been convicted or arrested," she said.

She said they were simply ordinary people risking a prison sentence to get relief.

Swarbrick said attempts to get cross party support for decriminalisation have so far been thwarted by the National Party.

She is meeting with Health Minister next week to discuss the issue.

"I think that anything can change as long as there's political pressure - that being not just inside these political walls but also the public. To be frank with you, the patients that I've met with, young and old, deserve that," she said.