Walking to and from the Beehive in early March helped Jacinda Ardern stay in touch with the mood of the country in deciding to put the country into lockdown, the Prime Minister has revealed.

Ardern took part a virtual ceremony from her Beehive office where her leadership, particularly in response to the Covid-19 crisis and the March 15 terror attack, was honoured.

She also took questions from students and revealed that she suffered from imposter syndrome, and that she had to learn to push back against sexism - and did so for the sake of the impression it would leave on young women if she didn't.

An important part of her leadership was staying in tune with her instincts, she said, especially in light of the modern political environment filled with data about voter preferences and non-stop focus groups.

"Often in politics we succumb to this idea that we need to reflect what the public expect of us or re-design ourselves to fulfil expectations. In the course of doing that, very often we start to doubt, question or ignore our own instincts."

She then spoke of early March, when modelling was showing New Zealand on the brink of Covid devastation.

"We were all having to move very quickly in order to ensure we weren't devastated by large outbreaks. Often 48 hours made all the difference.

"We knew we were going to have to take significant steps into a fairly aggressive form of lockdown."

But that decision was also informed by her short daily walks from Premier House to the Beehive and back.

"Seeing people loading large bags of flours in the car, hearing conversations on the street - I could sense the fear that people had.

"That meant that instinctively we had to lift our communications, make it very direct, share everything that we knew about the virus, create a plan so people knew that if we saw 'x', we had to do 'y' - so we could just take people with us.

"A lot of that was just based on our proximity to what we were seeing in our families and what I was seeing on my walk home from work." 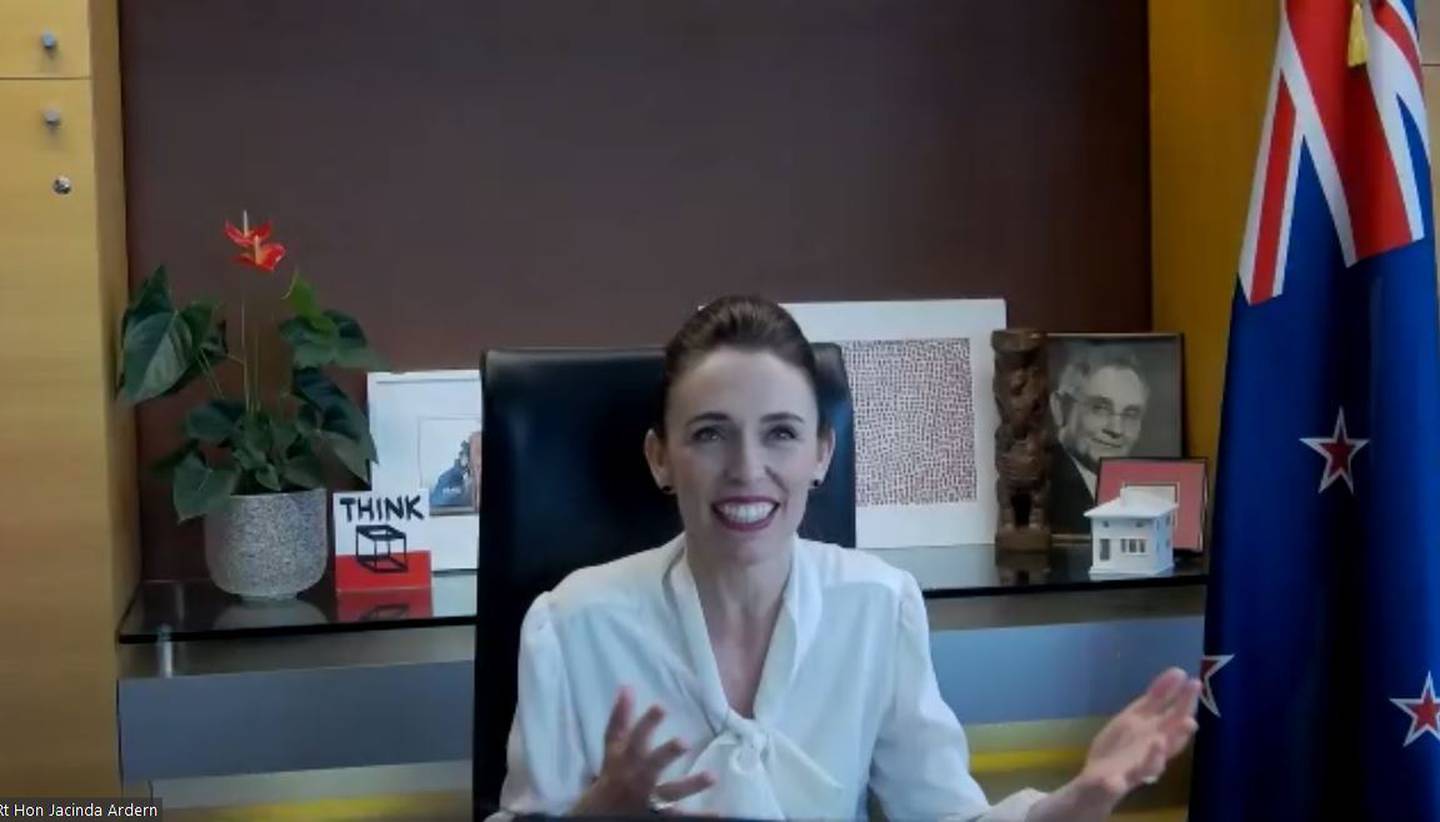 Prime Minister Jacinda Ardern joining the zoom conference for accepting the Gleitsman International Activist Award from her Beehive office. Photo: Screenshot
Stilettos and a bikini
Ardern also talked about how she had to grow into the kind of person who pushed back when TV host Mark Richardson asked her about whether she could be PM as well as have a baby in 2017.

She recalled when she was a front bench Opposition MP and a cartoon came out in a Southland newspaper depicting her as a boxing ring round girl in stilettos and high heels.

The caption, Ardern said, was that an appropriate job needed to be found for her.

"It was pretty demeaning and pretty awful."

A journalist called her for comment, but she decided she didn't want to make much of it.

"I was worried at being portrayed as humourless or too sensitive, so the only comment I had was something terribly lame - 'surely the good people of Southland deserve better cartoons.'"

She realised she was shying away from pushing back because she was worried about being stereotyped as humourless or sensitive.

"But then I started to wonder about what other young women would think if they saw some of that treatment, and think that if they went into politics they would experience some of that too - maybe I did need to speak up.

"It's been a journey for me. I want to be a good leader, not a good female leader.

"But I also take very seriously the responsibility that I cannot just ignore those things when they happen. Other women are watching. Young girls are watching. I do have a duty of care - but I haven't always felt that way."

Seize opportunities and be bold
Ardern recalled hearing Helen Clark speak at a lecture about what she was going to do after politics, and she then had an offer for a position in the UN development programme.

"I will never forget hearing Helen say, 'I haven't got much experience in aid and development. The response was, 'Helen, you have run a country.'

"The fact someone I considered to be so experienced, so wise, who could do anything, still in that immediate moment point out what she couldn't do, told me that everyone must feel like that at some point."

That feeling seemed to be more acutely felt by women, Ardern said.

"Don't wait for the moment when you suddenly feel you are ready. Sometimes that moment won't come. We need to accept opportunities, take them and be bold ... despite that feeling of fear and doubt."

She was happy to be open about her own experiences of self-doubt because it showed how prevalent the issue is.

"The more we talk about it, the more people will think, 'Maybe not all our leaders have that confidence I expect, and if I have self-doubt then that's okay too'.

"There was never a point in my life that I can recall where I thought, 'I can't do that because I'm a woman.' I pay absolute tribute to people like Helen Clark and Jenny Shipley.

"However I have on many occasions thought, 'I cannot do that because it's me.' Impostor syndrome is real."

Because of that bias, young women often didn't see themselves as political leadership potential, she said.

"That's something I want to change."

A diverse Parliament was an important step but so was diversity in leadership styles.

She said it was no surprise that young people shied away from a career in politics because it can be a harsh environment.

"You can and indeed you must be your own kind of leader."

She said she wanted to hang on to the traits that we all strive to teach our children - kindness, generosity, empathy.

She also said New Zealand was not perfect, mentioning the Royal Commission of Inquiry into the March 15 attack to be released next week, which is expected to show glaring holes in how the attacks should have been prevented.

"We know we have a lot of work to do on issues of racism in our nation."

The award comes with US$150,000 ($212,000) which Ardern has put towards a scholarship for a New Zealand student at Harvard Kennedy School.

Center for Public Leadership director and practice of public leadership professor Wendy R Sherman said Ardern had wielded a "steady and swift hand, an open mind, and a keen reflection of her entire community in meeting challenges of terror, earthquakes and now Covid-19".

She said Ardern was a model of "strength and humility", even though she was not much older than some Harvard students.

"Leadership doesn't have to wait til your hair is the colour of mine.

"The Prime Minister reminds all of us that strength, compassion, science, clear communications, humility and activism go hand in hand to create positive results."

A spokesperson for the Prime Minister previously said: "Her normal practice is to decline awards but in this instance we were able to convert it into a scholarship for a New Zealander to go to Harvard." 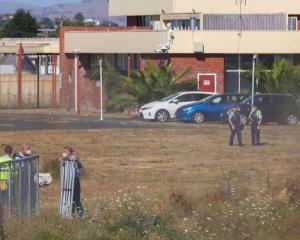