Missing man: Niece ‘not satisfied with not knowing’ 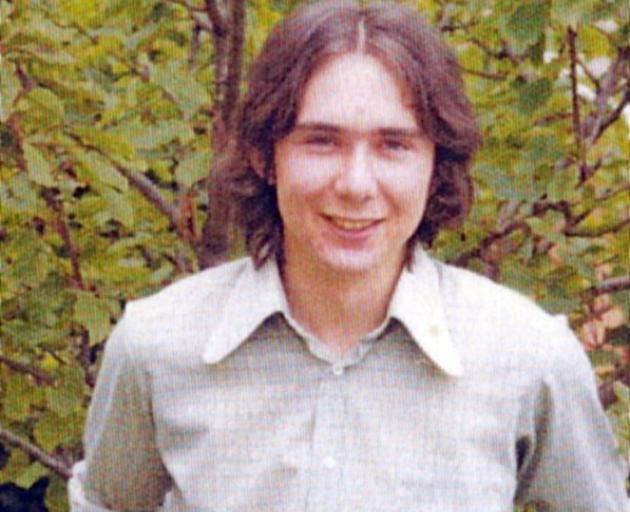 Michael Dudley went missing from Dunedin on the night of April 3, 1978. PHOTO: NEW ZEALAND POLICE
Dozens of New Zealand people go missing every year. Some are found within hours, while others are never seen again. Daisy Hudson reports on one of Dunedin’s most enduring mysteries: the disappearance of Michael Dudley.

Michael Dudley was in good spirits.

He’d finished work for the day, and was enjoying a few beers with his colleagues.

The 20-year-old TV repairman and new father was chatty, cheerful. He even bought a round, which came as somewhat of a surprise to his mates.

After saying his farewells, he hopped into his van, the one with "Bell TV" splashed across the side, and peeled off on to the streets of central Dunedin.

He is one of 67 people officially listed as missing in the South, according to police.

The oldest case on file is from Balclutha in 1944.

But Mr Dudley’s is one of the more perplexing cases on police books.

His niece, Jane Allan-Lane (52), has taken up the mantle of family contact for the case.

Now based in Sydney, she was just 9 and living in the North Island when her uncle vanished.

But she remembers him well, likening him to an older brother.

"I know, for me, it was terribly distressing," she says.

She recalls a quiet and reserved young man, one who was really clever and practical.

They used to visit him on holidays to Dunedin, and he used to travel up north with their grandparents.

His disappearance has hung over his family for 43 years. They all have theories.

Some believe he simply needed to get away and took off, perhaps to Australia.

Others believe he chose to end his own life. Then there are those who think something more sinister may have occurred.

Ms Allan-Lane tries to keep an open mind, but given there has never been any trace of him, it has always seemed more likely that he consciously chose to disappear.

Still, questions remain. Why would he leave his wife and baby daughter? Why has his van never been found?

While some members of the family have made peace with the idea they may never know what happened, others, including Ms Allan-Lane, don’t accept that.

"I’m not ready to just let it rest. I’m not satisfied with not knowing."

She describes it as an open-ended grief.

"You don’t know whether you’re going to get a phone call tomorrow."

Even if the phone did ring tomorrow with news, it would be too late for Mr Dudley’s parents.

They both died without knowing what happened to their son.

Mr Dudley’s name is one of a select few written on the office whiteboard of Detective Senior Sergeant Kallum Croudis, of Dunedin.

"Dudley’s a really interesting one for me, because he not only went missing but so did his wee TV repair van.

"People can go missing quite easily, but cars and things? We generally find them."

The original police file into Mr Dudley’s disappearance was lost. Since then, Det Snr Sgt Croudis has pieced together what he can from interviews with officers involved and a familial DNA sample that was taken.

When someone goes missing, their report is supposed to be seen by a supervisor within 24 hours, and referred to the CIB within 72 hours.

"During this period we will be doing the diligence around when was the person last seen; what were they wearing; did they have a motor vehicle or access to transport; how was their mental state; had they had any significant life changes or challenges; mental health — there’s a number of things that are done," Det Snr Sgt Croudis says.

"If we think that foul play might be involved in it, or the person is depressed and there is a real need to try and find them before something catastrophic happens, we up the ante on the work we do."

After three months with no progress, the file will be sent to the police missing person unit in Wellington.

Occasionally, evidence does turn up years, even decades, later.

People have found bones uncovered by tides or storms around Otago Peninsula, something that happens about three times a year, he says.

The remains will be taken to the University of Otago so police can get an indication of their age.

"We had an unfortunate young lady who jumped off Lawyer’s Head and her boot, together with her decomposing foot, was found in Timaru.

"That’s a particularly gory find for someone."

It can be tough working with families who have gone long periods of time without news.

"You really do feel for those people that haven’t had the opportunity to say goodbye to their loved ones."

Mrs Allan-Lane would dearly love to know what happened to her uncle all those years ago.

She believes someone, somewhere, must know something.

And if Mr Dudley did just choose to disappear, and is still out there, she has a simple message.

"We just want to know what happened.

"It’s been such a long time now, no-one is ever going to judge him or be angry."