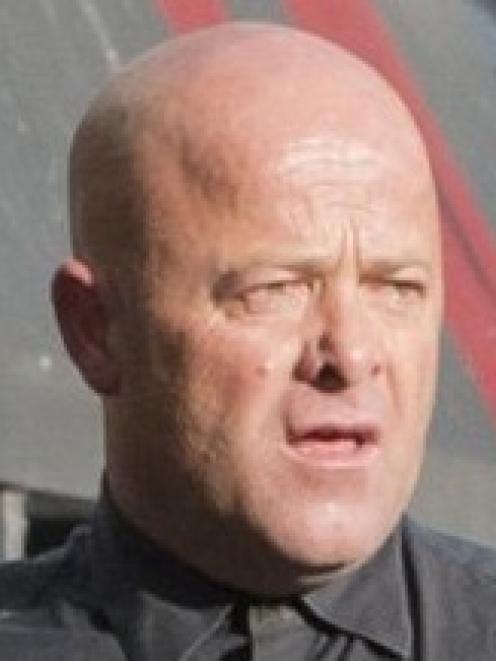 Mark Cummings (45) lost his daughter in a fatal crash in September 2019. PHOTO: GERARD O’BRIEN
A man who allegedly attacked the Dunedin City Council’s Civic Centre had discovered, only hours earlier, that the driver who killed his daughter walked away with a clean record.

Mark David Cummings (45), of Mosgiel, can now be named as the man accused of causing extensive damage to the centre’s reception area with a wooden baton last month, after his name suppression lapsed following a brief appearance in the Dunedin District Court yesterday.

He is also charged with possessing a weapon, damaging a law firm’s property and threatening to kill a judge, a defence lawyer and the driver responsible for his daughter’s death.

The driver, now aged 19, appeared in the Youth Court on March 26 after pleading guilty to careless driving causing the deaths of 15-year-old Jayde Cummings and 57-year-old Steve Macnee when he drove through an Outram intersection in September 2019.

The teen, who paid $25,000 reparation and completed 150 hours’ voluntary work, was discharged by Judge Dominic Flatley, who ruled all evidence of the offence would be wiped from his record.

Cummings had not been told of the sentencing hearing, and the judge imposed an embargo on the result for three days so victims’ families could be informed of the discharge.

Police confirmed one of Jayde’s immediate relatives was contacted, as were a family representative and an intermediary to inform Cummings.

However, the grieving father never received the sentencing message.

A Cummings family spokeswoman said Cummings first learned about the Youth Court result when he opened the Otago Daily Times on March 30.

"He saw the front page and just lost it,” she said.

The spokeswoman said the fact Cummings was not kept updated about the court case was outrageous.

"It’s disgusting. We’re not happy at all,” she said.

Jayde’s death, she said, had "wrecked our lives”, and more than 18 months after the crash, there were still unanswered questions about the investigation.

Cummings had been behind bars since the March 30 incident and his family continued to voice concerns about his psychological state.

Counsel Len Andersen QC — who referred to it as "a very sad case” — yesterday foreshadowed a bail application next month but in the meantime requested a mental health report.

"Mark might go to prison for three years for threatening a judge but [the teenage driver] can kill two people and have his slate wiped clean,” the spokeswoman said.