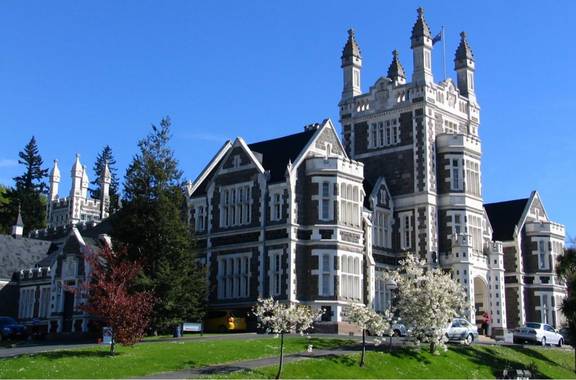 The graphic cellphone video shows a defenceless student being cornered in a toilet at the Dunedin school and repeatedly punched, kicked and shoved in a vicious assault by two other boys. The assault happened on Wednesday last week.

In a statement this afternoon, acting rector Andrew King said three students involved in the assault have been excluded following a disciplinary process involving the school's board.

The school was assisting with a police inquiry into the incident and actively investigating to identify those who have shared the video, Mr King said.

It was also working with Netsafe to remove the video from social media and restrict further harm caused by its distribution.

Students were aware of the school’s zero tolerance for unacceptable behaviour and its policies on bullying and digital safety, Mr King said.

Earlier this year, the school banned the use of cellphones during the day. They must remain switched off and students knew there were immediate consequences if caught using them.

The incident highlighted the need for strict regulations relating to the use of digital devices, and the school would continue to respond with all its authority to protect students' emotional and physical safety, Mr King said.

In the past year, the school had increased its counselling staff, instigated an improved rostering system to enable more staff to be circulating around the school, and introduced an online anonymous reporting system.

The boy who was assaulted had returned to school and was being supported by counsellors and other students, Mr King said.

One person had been spoken more and others would be soon. A referral had been made to Victim Support, he said.

Footage of the brutal attack at OBHS spread rapidly around Dunedin via social media and across schools, and has been labelled "incredibly upsetting" by outraged parents.

The 67-second clip starts with two students aggressively cornering the victim between the wall and a toilet stall.

One of the attackers turns to the camera and smiles, followed by the victim asking "why are you doing this?"

The other assailant responds instantly with a left-handed sucker punch to the victim’s chin.

The first attacker turns back towards the camera and encourages the cameraman to join in, who declines and says he does not have a problem with the victim.

The boy is struck again and then pulls out his wallet, seeming to offer it to the attackers.

"I don’t wanna fight," he tells them as he sways, appearing to lose balance after sustaining another blow.

He is punched twice more in quick succession, knocking his head against the wall once.

The victim tries to walk away using the wall to balance and is kicked in the leg.

The initial aggressor re-enters the fray and inflicts two forceful right-handed punches, slamming the boy’s head into the stall with an audible thud.

The victim staggers off and defends himself for the first time, blocking a punch, as the attackers kick at his legs and try to shove him down.

They go to block his path and threaten him.

The victim starts to walk away and the video ends.

The Otago Daily Times was contacted by parents of students at other schools, to which the video had spread.

One said the footage was "incredibly upsetting" and she wanted to know something was being done about the issue.

Another said he could not sleep after seeing the video.

OBHS acting rector Andrew King said he was disappointed it was being shared and asked people to be mindful of the ongoing harm caused to those involved.

"While we are dealing with the incident in the present, the re-harming through sharing on social media is much harder to deal with."

The school asked community members and parents to speak to their children about the issue.

"We are committed to continuing to work with our community to ensure our students are safe."