Terrorist's family: 'We are so shaken' 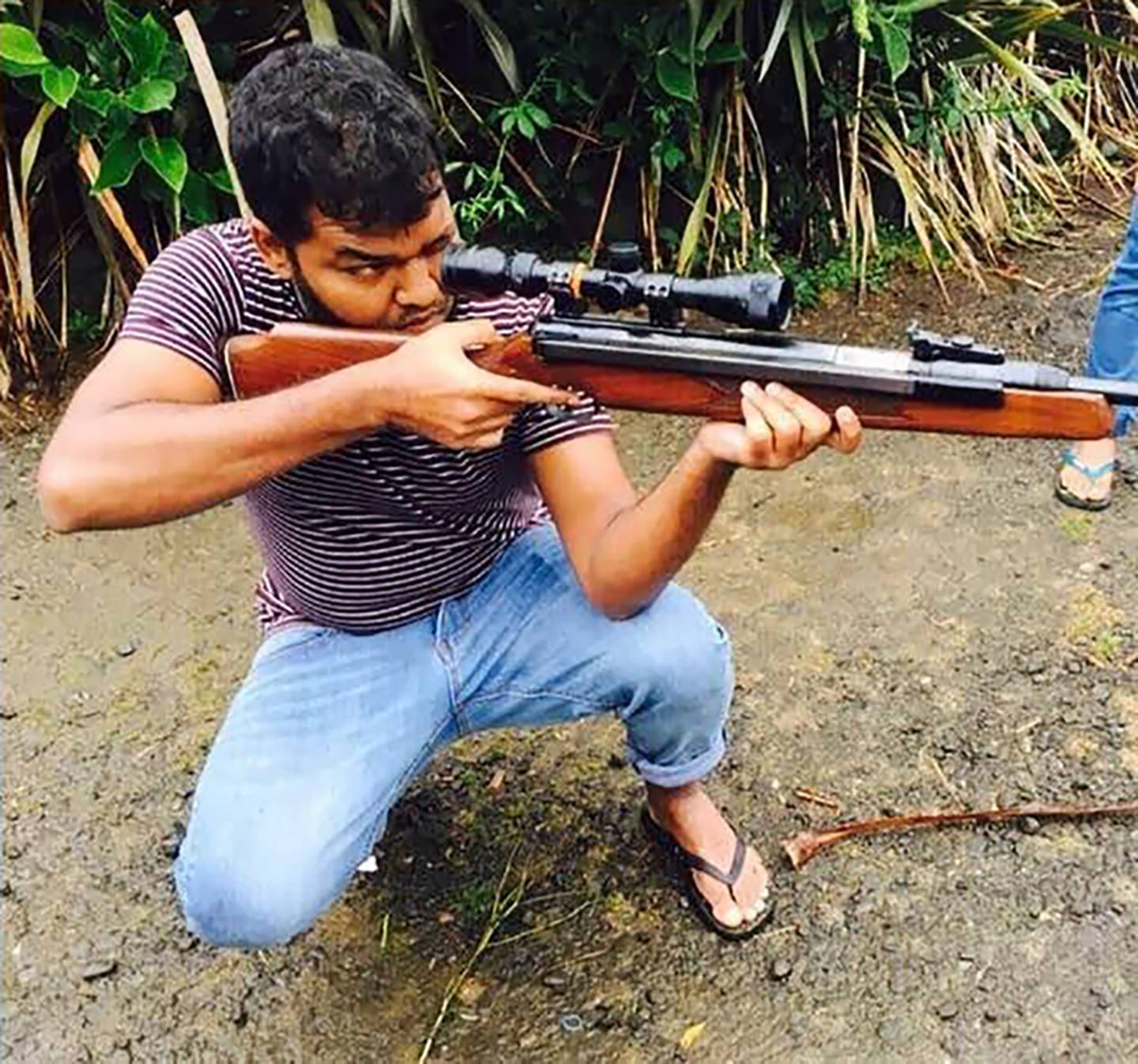 Ahamed Aathil Mohamed Samsudeen pictured taking aim with a firearm in a photo from one of his social media accounts which was later deleted. Photo: Supplied via NZ Herald
The family of an Islamic State supporter who went on a stabbing rampage in a West Auckland supermarket before being shot dead say they are shaken by his "horrible act".

And they have opened up about his earlier life, saying he had deep mental health issues and they are devastated he could not be saved from his "problems".

Ahamed Aathil Mohamed Samsudeen was shot dead after stabbing at least five shoppers at the New Lynn Countdown on Friday.

The 32-year-old was an identified threat, a dangerous high risk to the public, on a terror watch-list, and was under 24/7 surveillance.

Name suppression for the man branded a terrorist by the Prime Minister lapsed at 11pm yesterday.

His family have now issued a statement through an Auckland law firm.

"We wish to begin by saying that our family would like to send our love and support to those who were hurt in the horrible act yesterday," said his brother Aroos on behalf of the wider family.

"We are so shaken by what has happened and we do not know what to do.

"We hope to find out with you all, what happened in Aathil's case and what we all could have done to prevent this.

"We are heartbroken by this terrible event.

"My father still doesn't know my brother is dead because he has been missing him so much and is very ill these days."

Aroos claimed his brother was "suffering from some mental health problems".

"He suffered a lot during his political torture at home," he said in the statement.

"We were grateful he found the country where he wanted to live.

"We saw his mental health got worse and worse during the last 10 years or so.

"He spent a lot of his time in prison and was always struggling with some court cases.

"When we heard that he was in prison in New Zealand, we thought it would do him some good but didn't realise he would spend so much time there. He also had many problems in prison. He always wanted help and support. He told us that all the time."

Aroos said his brother spent a lot of time on line which his family saw as a problem.

"He wanted to impress his friends from Sri Lanka on Facebook," Aroos said.

"He wanted to share the sufferings and injustices. He saw himself as someone fighting those injustices."

"We love your country and your people and we know from what we have seen since the Christchurch attack that you are good people. We want to stand with you," he said.

"We have lost Aathil. We don't know what to do while our father is still very ill and doesn't know about this situation.

"Aathil was the youngest and very close to my father.

"He grew up with my parents in the family home while the rest of us grew up mainly in hostels.

"Aathil was the baby of the family. My mother is so upset."

Aroos said his brother "always contradicted what he was told".

"He would hang up the phone on us when we told him to forget about all of the issues he was obsessed with," he revealed. 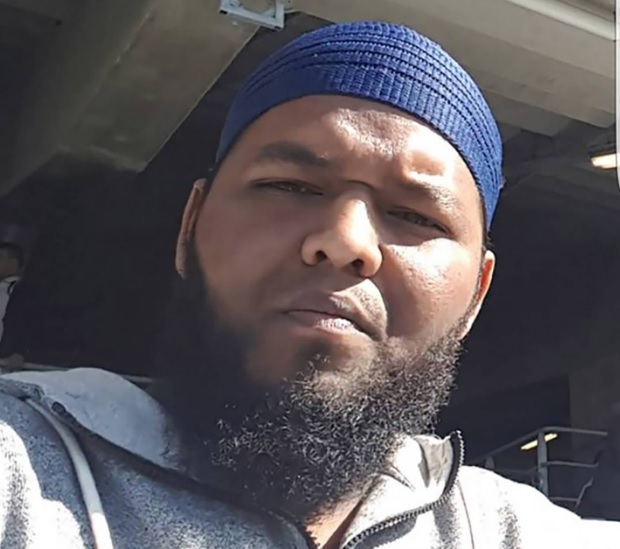 The terrorist who stabbed a number of people at a West Auckland supermarket. Photo / Facebook
"Then he would call us back again himself when he realised he was wrong.

The terrorist's brother said he and his family were "very sad that he could not be saved".

He said Samsudeen had told the family his situation in New Zealand was hard, that he had been assaulted in prison.

Aroos said he did not have any support here.

He did not attempt to minimise his brother's offending in the statement, he simply wanted to provide context.

"We have done this statement quickly because Aathil's name has been published now," Aroos said.

"We have not had time to plan advice or safety for any of us who all live separately.

"We have not had a chance to discuss this because some of us were being interrogated.

Aroos said the family had to now work to try and accept what had happened.

"I pray that God will help us all to heal from this very sad day," he said.

"Our lives have changed forever.

"We realise that it will take us some time to come to terms with this. We are thinking of the injured, both mentally and physically. May we all heal from this together."

Aroos asked for privacy for his family while the grieved but also hoped the victims and all affected would recover.

"We hope these words will help bring some peace to your beautiful country," he said.

"We are ready to help you all in the healing process no matter what it is needed from us."

"May God Bless all those impacted."

Last night the Herald revealed that Samsudeen was born in Sri Lanka and came to New Zealand in October 2011 and was granted refugee status two years later.

Immigration officials had sought to revoke his refugee status in 2018, but he appealed and a final decision had yet to be made on whether he could be deported.

His uncertain immigration status was also the reason why the terrorist could not be identified until 11pm Saturday night, when it was lifted by a High Court judge, as anyone claiming refugee status cannot be identified by law.

Samsudeen was Tamil - a minority ethnic group persecuted by Sri Lankan authorities during a decades-long conflict - and claimed he and his father were attacked, kidnapped and tortured because of their political background.

His claim to asylum was supported by scars on his body, as well as a psychologist's report which said Samsudeen presented as a "highly distressed and damaged young man" suffering from post-traumatic stress disorder and depression.