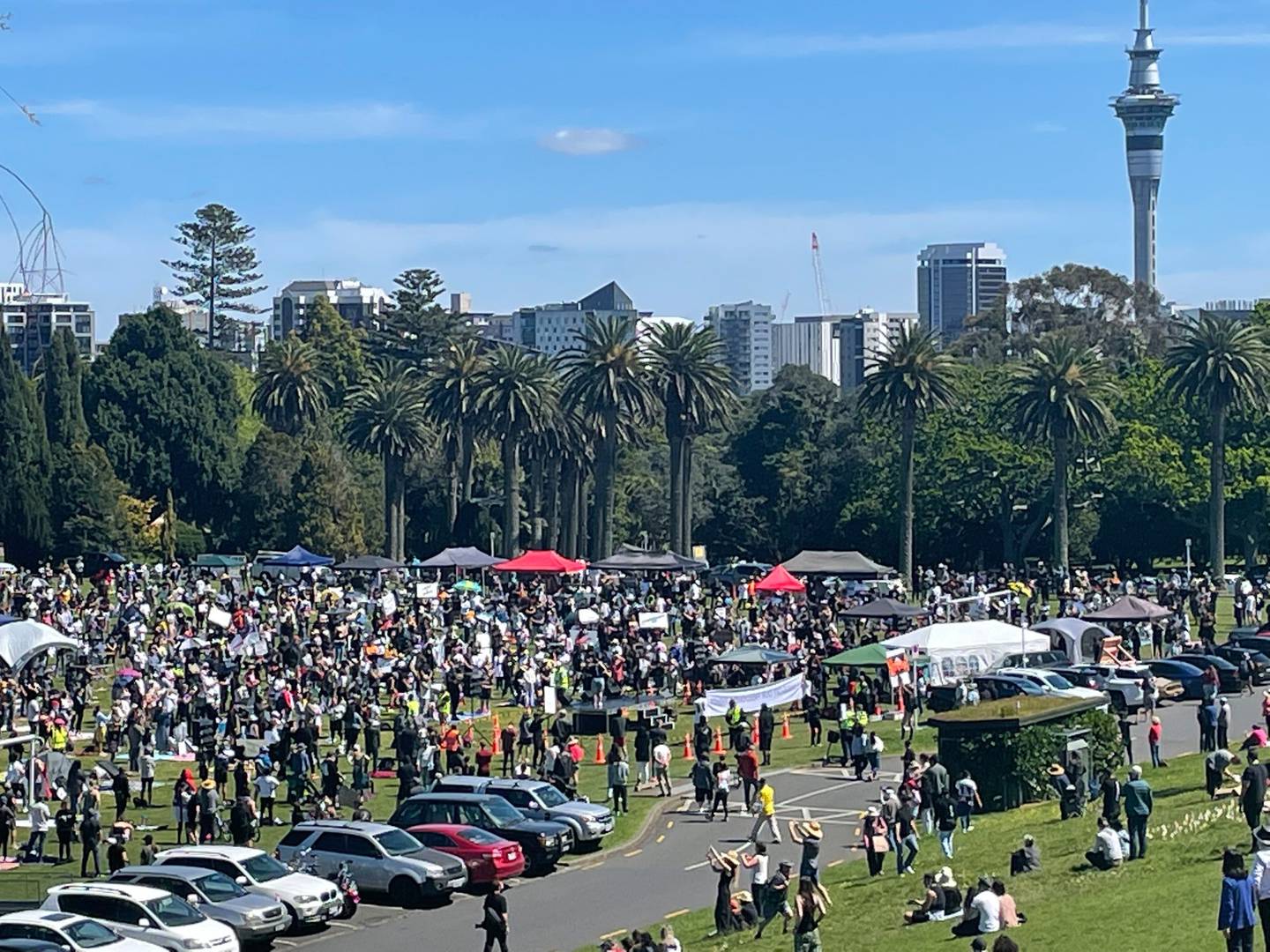 Protesters assembled at the Auckland Domain today. Photo: NZ Herald
Thousands of people have flocked to an anti-lockdown protest in Auckland today as a large police presence looks on.

There are an estimated 2000-plus people tightly congregated on an Auckland Domain field - many without masks.

Police are observing the rally today - some on the edge of the protest and others from a distance.

The protest comes on the same day as the Government is making its vaccine push in the national Super Saturday campaign.

While speakers are pushing the case for freedom from alert level restrictions, one pro-vaccination supporter made the day's most innovative move.

Above Auckland Domain is a light aircraft with a banner to counter the freedom protest - 'Love NZ - Get Your Jab Bro'.

Destiny Church leader Brian Tamaki was speaking at midday at today's Auckland rally, announcing he was the person arrested last week over a previous protest on October 2 in the domain that he helped organised.

Tamaki said today he was ashamed of the Government "keeping people hostage in their homes".

It is the second time protesters have gathered at Auckland Domain in a matter of weeks, after Tamaki also organised a gathering on October 2 that drew around 2000 people.

The October 2 gathering led to Tamaki being charged with breaking the Health Act.

There is also a large presence of motorcycles near the steps of the Auckland War Memorial Museum.

Police last night said they were aware of a planned event in Auckland tomorrow.

"Police will be monitoring the situation on the day and responding accordingly.

"Police recognise and respect people's lawful right to protest – however will continue to encourage people to adhere to the alert level restrictions," a statement said.

"Those who deliberately breach alert level restrictions can expect that Police will move to enforcement.

"Police do have the ability to take enforcement action for those found to be breaching the restrictions currently in place, and those responsible for organising such protests may be prosecuted."

More than 1000 people have also gathered at Kensington Park in Whangarei for another anti-vax FreedomNZ protest.