There are two new cases of Covid-19 today in managed isolation in a Christchurch hotel.

Both cases reported today are returnees who are staying at the Sudima Hotel in Christchurch.

They are from the same extended family, and both arrived back in New Zealand from Afghanistan on a repatriation flight on July 2.

They are both in managed isolation. It's been 67 days since community transmission was last detected.

Both women tested positive as part of routine testing around day three of their stay in a managed isolation facility.

That brings our total number of confirmed cases in New Zealand to 1186.

There is also now no one hospitalised with Covid-19 in New Zealand - a patient previously in an Auckland hospital has been released.

There are 22 active cases in NZ, all in managed isolation.

Hipkins has asked officials to increase testing in the coming days and weeks.

He said New Zealand does not need to be testing around its peak - which was around 12,000 - but it's important that testing still occurs.

The aim is for around 4000 a day, Hipkins said. That would be the optimal level.

He said the current level of testing "isn't meeting the Government's expectations."

Hipkins said doctors need to exercise their own judgement when it comes to who is tested.

He said there were no capacity issues - the Government can get up to around 13,000 tests a day if needed.

But officials don't need to get that high at the moment, he said.

"We're not close to that level at the moment."

He said the Government needed to show compassion to those in isolation.

Hipkins is fronting his first Covid-19 press conference. He has been in the job for less than a week and was appointed by Prime Minister Jacinda Ardern after David Clark resigned last week.

But since then, he has joined Ardern a couple of times during health-related media conferences.

He also made a number of appearances at the daily press briefing during lockdown.

Yesterday, there was one new case – a man in his 20s who arrived from London on July 4, via Doha and Sydney.

He was taken straight from Auckland Airport to the quarantine facility as he had symptoms of Covid-19 upon arrival.

The Public Health Unit will be interviewing the man to find out more details.

Hipkins will also be questioned on the progress of the investigation into a massive leak of Covid-19 related information to the media.

The inquiry was launched to uncover "exactly who" did it and why Covid-19 patient details were leaked.

The Herald revealed on Saturday that the personal details of 18 active cases had been leaked in a spreadsheet, including their names and dates of births. Two other media outlets have also reported seeing the document.

Live: Bloomfield update - How far has the virus spread? 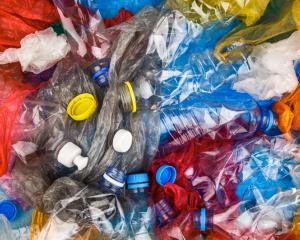 Plan to phase out hard-to-recycle PVC, polystrene and single-use plastics