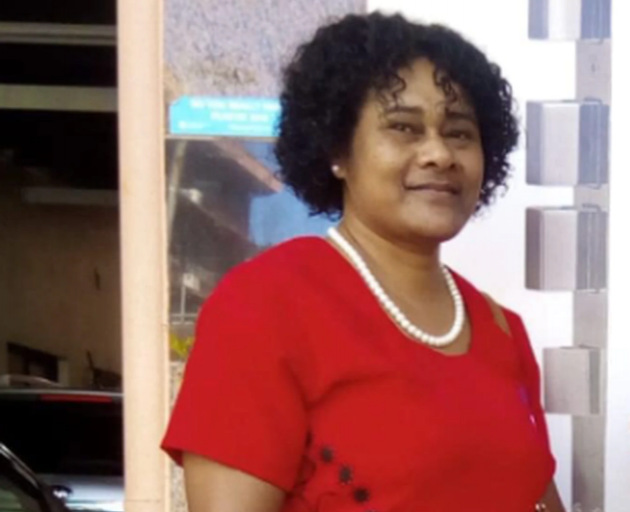 Laisa Maraia Waka has been named as the victim in Saturday's fatal stabbing in Christchurch. Photo: Facebook
A 37-year-old man charged with murdering a Christchurch woman as she walked home from work on Saturday has been remanded in custody and reports ordered to assess his mental health.

And the woman who died can now be named as Laisa Maraia Waka.

Just before the accused appeared in court Waka's adult daughter in Fiji posted a letter she had penned to her mother on Facebook.

She said she was woken at 5.30am yesterday and told the terrible news.

"It's hurtful and unacceptable," she said.

She last spoke to Waka on Mother's Day and never imagined it would be their last contact.

"We never met physically for the past four years, and I was looking forward to seeing you ... but you left us early," she wrote.

She remembered surprising her mother with a secret trip to New Zealand and taking her parents to a Crusaders rugby game.

She would miss her mother's stories, she wrote.

"You've always been my role model since day one," she said.

"You always encourage me to be more hardworking, be independent, be respectful, pray a lot, always give a helping hand, love and cherish your families and friends from both sides.

"I thank God for giving us a mum that is so loving and caring, hardworking and (who) cherishes every moment of her loved ones.

"I'm so grateful to be your daughter - I'll surely miss the way we always ended our calls with 'love you so much lewa, and miss you. Don't worry we'll meet and see each other soon'."

She said there would never be a day she did not think of her mother.

"I can't begin to express how much I will miss you. There is a huge hole in my heart and I don't know how I'm going to cope.

"I will always be thinking of you, mum.

"Your legacy is one that will inspire us all and we will remember your love and warmth forever."

The man accused of stabbing Waka to death was granted interim name suppression during a brief appearance from custody at Christchurch District Court this morning.

Judge Mark Callaghan remanded him in custody without plea to the High Court in Christchurch on July 15.

Defence counsel Josh Lucas made no application for bail but asked for interim name suppression.

Judge Callaghan granted interim name suppression and called for a report under Section 38 of the Criminal Procedure (Mentally Impaired Persons) Act 2003 to assess the man's fitness to stand trial.

The accused did not speak during the hearing where he appeared via audio visual link.

Members of Waka's family were in court this morning, watching in silence from the public gallery.

Outside court, they declined to comment but were thankful for the support they were getting.

Waka, in her 50s, was allegedly stabbed while walking in Cheyenne St, Sockburn, after getting off the bus home from work on Saturday afternoon.

Despite emergency responders' efforts, she died at the scene.

Flowers have been left today at the scene where Waka was killed on Saturday. 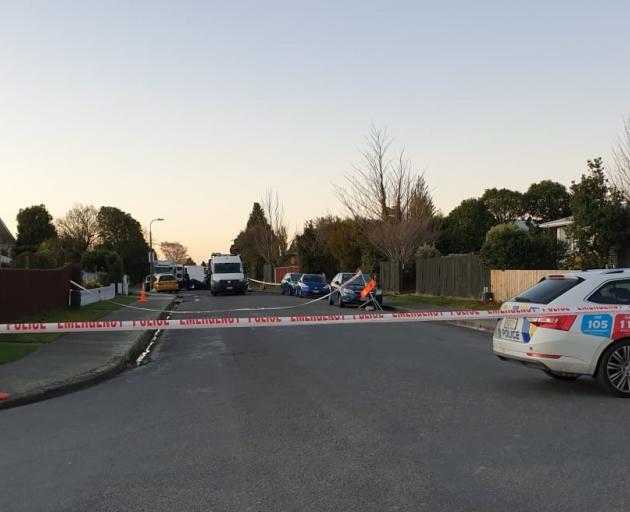 The scene of the attack on Cheyenne St. Photo: RNZ

The large police cordon which surrounded the site yesterday as investigators pieced together what happened has now been lifted.

Her family have paid tribute to her today on social media.

One relative said Waka's death "isn't easy" for the family and described her as a "big sister" and "a smiling and caring neighbour".

Another friend thanked Waka for "a lifetime of good nurturing, teaching and loving kindness".

He said he was "withered away" by news of her death.

"I miss you so so much, you will always be in my heart... it hurts us when we look back on your life."

Another said her heart was "in pieces".

"Why?" she asked when she learned of the tragedy.

"How we hurt when we remember this kind, caring woman," said another friend.

The 37-year-old now accused of her murder was known to police and found nearby by officers and was charged with the woman's murder.

It is understood the man was receiving mental health care from Canterbury District Health Board.

The DHB and Health Minister Andrew Little's office have both declined to comment.

Two people were initially arrested following the attack, which occurred at 4.20pm, but one was later released by police after being found to be a relative of the man subsequently charged with murder.

Christchurch residents' hearts went out to the family and friends of Waka who was "killed in such a senseless, violent attack", the city's mayor Lianne Dalziel said.

"A crime of this nature will have a devastating impact on the community as well, and they too will want answers as to how and why this happened."

Canterbury District Commander Superintendent John Price said the alleged murder was "a horrific, traumatic and random attack on an innocent person who was simply making her way home from work."

Price said police's thoughts are with the grieving family of the victim who are dealing with the loss of a partner, mother, friend and colleague.

At this stage, police would not release further details of the victim until all next of kin are notified.

Price also wanted to reassure residents of their presence in the area as they conduct a scene examination and look to speak to witnesses. He also called for anyone who saw anything, or anyone with CCTV footage, to come forward.

"No one deserves this," Price said.

The knife was found at the scene.