Big project architect tours globe from his Christchurch base 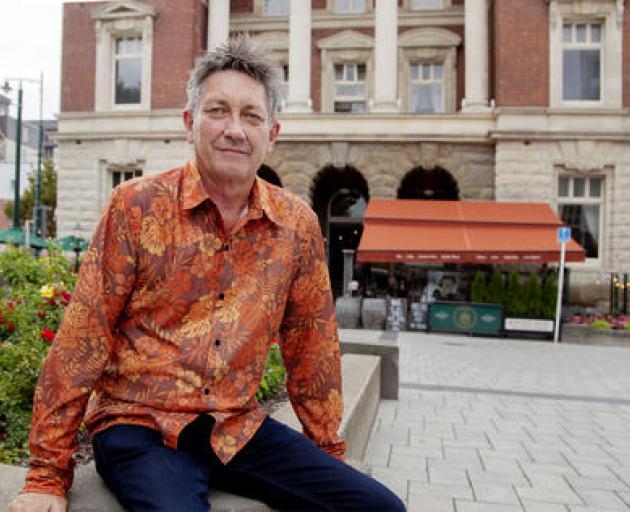 James Lunday. Photo: Geoff Sloan
Globe-trotting architect James Lunday is highly sought after around the world. He speaks to Louis Day
How long have you been living in Christchurch?
I have been living in Christchurch now for about four years, but right up until the earthquake I had an office in Christchurch so I have actually had a presence in Christchurch since 1996.
Where were you born?
I was born in Glasgow. I loved it. I grew up in a council housing scheme, 50,000 people in apartments and we had four shops and one pub, so not a lot built for the community. I got a trade union scholarship to study at the Glasgow School of Art which was part of Glasgow University then and I did architecture and planning there.
What made you want to move to Christchurch?
Two reasons, one was I was approached to be a general manager for Regenerate Christchurch and the second reason was that my son wanted to go to Hagley College.
What involvement have you had in the city’s landscape since you have been here?
My main focus was the city centre for Regenerate, I stepped down from Regenerate over a year ago now though. 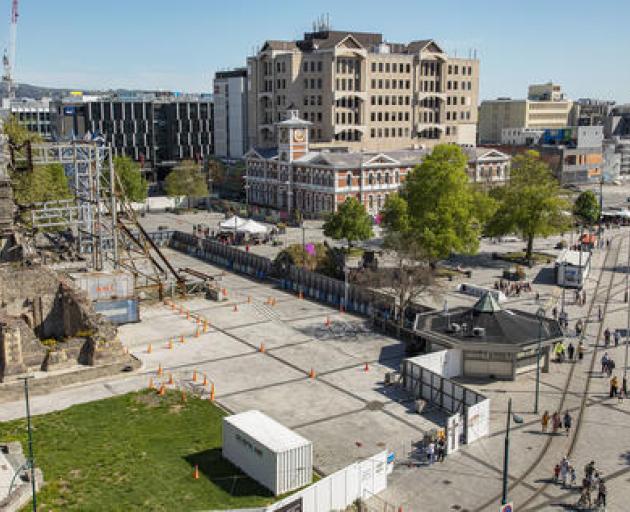 Cathedral Square. Photo: Geoff Sloan
How has the city centre changed since you first laid eyes on it?
Even four years ago, there was very, very little physical evidence to show of a rebuild other than the Margaret Mahy playground which had been completed. Now, there are a lot of dots which have happened but they have still not lined up, we have seen the completion of Cashel St. We are starting to get a joined-up city centre and we are starting to see the foot traffic. But when you look at the square, it is a blockage, there are still no serious funds available for the square and the rebuild of the Cathedral is going to be a very long process so the square is really not operational. When you go out to Little High, that place as a hospitality centre is really struggling. All of that foot traffic is moving to the riverside. The only thing that is connecting them easily is something they can’t use and that is the tourist tram.
How do you think the city’s rebuild is tracking?
I think we have got a difficult road to go now. The way we do business is changing, so retail is going to change dramatically and so is the way we work, so we probably have as much retail and office space as we need in the city centre. We are going to have to reinvent the way we work, live and play if we want to create a vibrant city centre. We have to move away from blanket density to creating an intensity of development on the public transport corridors and the district centres so we can make the shift from the private car to public transport.
How much potential do you think Christchurch has?
It has got all the potential in the world but we have to focus on employment. You can only attract the population if you have job and education opportunities. We do have a fantastic natural environment, good housing stock a good education system, we have a good climate, but we actually need to improve our GDP and we need to increase the wealth of the ordinary person. But we have probably got the most affordable city in Australasia at the moment. That would be our most competitive advantage if we maintained that.
What are you working on at present?
At the moment I have been design champion for the city of Greater Geelong. I am working on a strategy for the redevelopment of the business area and urban design guide plans, a waterfront refresh design plan and also a transport oriented plan for south Geelong. I am working on a hot pools and spa village in Waimakariri. I am also working on a major project for a government agency in Auckland, I can’t really talk about that though because we are still negotiating contracts.
Talk me through some exciting projects you have worked on.
Probably the most exciting time for me was working in Melbourne in the early ’80s, I was working for David Yencken. We planned the lane strategy, we planned to move the port so we could do the Port Melbourne development, we protected the historic core of the CBD. It was a really exciting learning time for me and all that was done within five years, so it showed me you can transform cities quickly. Melbourne in 1980 was dying, by the 1990s it was considered to be one of the most liveable cities in the world. Working in Sri Lanka just at the end of the civil war was also really exciting and meeting so many lovely people and doing things that improved their living conditions. It started with a basic project to design a tuna processing plant, that led to a design of a redundant port area into a marina which led to further work in the centre of Colombo looking at improving housing areas and streetscapes. I won a design competition in China to design a new tourist town near the mountains in Xian. Being exposed to the way that China is developing and seeing how it was all planned and delivered was extremely interesting. They have an appreciation of urgency and design that was refreshing. Basically, with Kuwait, it was the reconstruction after the war between Iraq and Kuwait. In Johannesburg, I worked on the Pretoria Mapumalanga growth corridor and then the local agenda 21 programmes for the Mandela Government including a plan for Soweto. The nicest projects I have worked on though would have been for the civic trust which was Prince Charles’ organisation and that was working with community building. I worked on Brixton, London, after riots, the Silversmith area and the jewellery quarter in Birmingham and seaside towns like Ilfracombe. The common theme was working with the community to achieve their aspirations, I am physically and mentally a designer, a problem-solver. I design master plans, but I actually really enjoy working with communities to reach their aspirations and you end up with life long friends with the people you work with, I have friends all over the globe from these projects.
Tell me about your family.
I have three children, they were all born in New Zealand, they all grew up in Devonport, Auckland. Lily, my eldest is working in Sydney and has a law degree. Hannah is my middle child and she is still studying in Otago and she has got a science degree but she is now doing a masters in international conflict resolution. The youngest, Blair, he just got outstanding in NCEA for all his art subjects and he is now in Dunedin as well at the Dunedin School of Art.

A life-long passion for wildlife

Activist takes up fight against Canterbury coal mine

On a mission to support the vulnerable 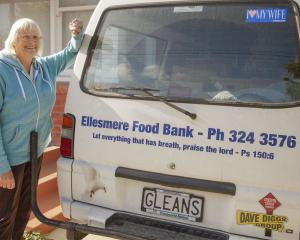 Looking after Canterbury families in need