Our People: Paving the way for editorial independence 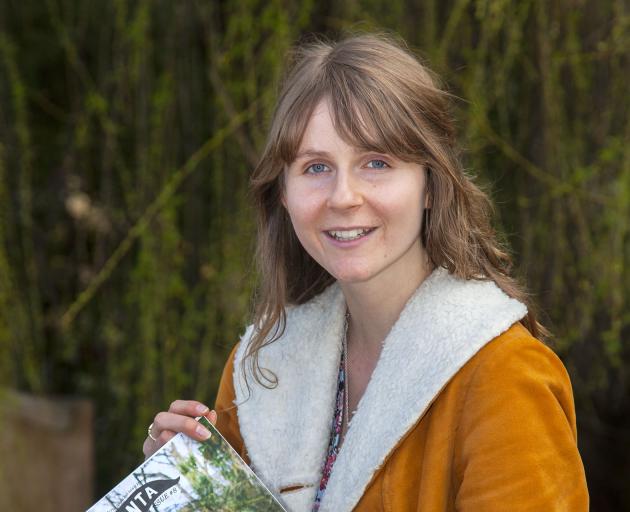 Editor Samantha Mythen said the University of Canterbury Students’ Association having the final say on the publication was censoring the student voice. She has started a petition for independence from the student association. Louis Day talks with the student magazine editor

Why do you think it is important for Canta to have full independence?

If Canta had full editorial independence from the UCSA it means students would see Canta as a publication where they can share their views and come to us with issues that we can investigate, look in to and try to address. At this current point in time, there seems to be a bit of a push back from the UCSA if any students want to write about any issues to do with them or UC. The process seems to take a lot longer and issues seem to be pushed aside or they aren’t addressed as properly as they should be. The other student magazines are for the majority independent or editorially independent and that is why you see them hitting the hard issues affecting students today.

How has this censorship and proofing been impacting on the magazine?

In general there is a good relationship between Canta and the UCSA but because we have to get our copy proofed it means we lose time because we have to get it into the UCSA by a certain date so it puts a lot of pressure on our students and I feel like that impacts on the quality of our magazine. It is just this whole extra push back with certain issues and I have to organise meetings, it is just a whole lot more of a process and it takes a lot longer.

What do you see as the fundamental role of a student magazine?

What are some of the stories that need telling at Canterbury University?

Ever since I started at UC I have had a lot of complaints about the USCA, a lot of people asking where is the S in the UCSA? Where are the students? I believe because of the way it has been set up after some legislative changes in 2011 it became quite business-orientated and so there is just a whole lot of complaints from unhappy students around this. Otherwise we have had students writing in and criticising and comparing the new Haere-roa building with the old students association building. We have had students writing about this expensive parking on campus and whether what we are paying is going back into the students and just stuff to do with student support services and the way people have been treated and how the exec runs. There are a whole lot of people complaining and I’m trying to figure out if there is any evidence to this.

What kind of editor are you?

I really like creating a team environment because we rely so much on our volunteers and our amazing contributors. I really love feedback and criticism flying around the newsroom and I would love to call myself a mentoring editor. I really want to help people improve with their writing.

What is the most controversial story that has been published with you as editor?

I have only taken on this role since the start of semester two so currently, there hasn’t been anything that gripping, we did have some things but we had to delay them because we needed the UCSA response and sign off. For example, we had a post-graduate student who criticised and compared the old student association building with the new one. I went in to get it proofed and I was actually told by word of mouth it wasn’t going to go in and I wasn’t given any reason or anything and I was just left wondering why has this piece been cut out and I had to go and ask directly why and they said they wanted more time to respond but it was really just an opinion piece and I didn’t think there was really anything to respond to.

What are some of the biggest problems with student culture at the moment?

Personally, I think some of the issues with mental health on campus are really a bad thing right now but that is university-wide, young people wide, it is an issue the whole nation needs to address. There is the whole issue of drug testing on campus, currently, the UCSA is talking to the university about that to see if we could get that in place.

Do you have any hobbies outside of the newsroom?

I love skiing and the outdoors and hiking and going on adventures, I love photography, would love to get into photojournalism some day. But I guess I have lots of side hobbies and side projects but I am very limited for time these days. I do love skiing and I recently got my level one skiing instructing qualification which is really cool, so I hope to ski instruct at some time in the future as well.

What made you want to get involved?

Basically I am a law student but I really want to be a journalist because I love telling peoples stories, obviously, I’m a student so I relate to student stories the most, I reckon there are some amazing people at university and I would love for them to be able to share their voices on things their passionate about. I also thought the previous Canta had been a bit of a let down in terms of journalistic integrity.

Lawyers make a lot more money than journalists, so why the decision to pursue a career in journalism?

I originally signed up to law school because I am really passionate about human and environmental rights. But as law school progressed and I did a few internships at law firms I found out it wasn’t really for me. I maybe want to be a lawyer some day, that’s why I haven’t dropped out. I love telling stories and it was just from that I developed a passion for journalism.

What would be your dream journalism job?
I would love to be able to go on an assignment with National Geographic and do some investigative journalism things like that, I love photography as well. At the end of the day what I really want to do is travel around the world and find people who are living out their dreams, that could just be someone who lives on the coast and owns a surf shop and teaches people how to surf. I just want to write about these people living out their dreams and hopefully get other people to follow their dreams as well, pretty cheesy but that’s it.

A little bit of everywhere. I was born in Rotorua and then I lived in Blenheim a little bit, I finished my high school years at Cashmere and then I was up studying at Wellington and I got a bit tired of the busy Wellington life and I wanted to try out UC and here I am.