Amazing Maadi Cup for Christchurch schools: 'We joked we were the Cool Runnings of school rowing' 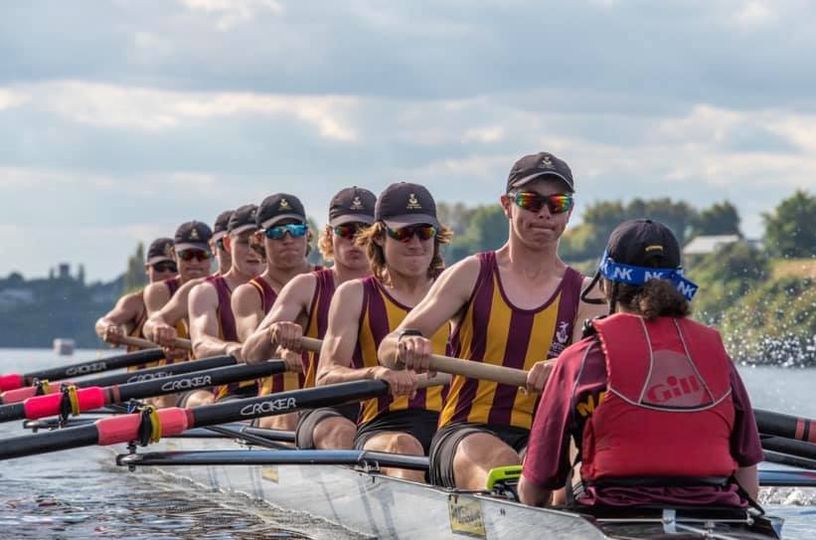 After competing in the blue ribbon event for the first time at Lake Karapiro on Saturday, and occupying lane eight as the final qualifier, Cashmere High School placed a creditable seventh, beating Auckland’s Sacred Heart College to the line.

Parent John MacDonald likened the boys achievement – the crew was actually coxed by Eva Pepperell as Cashmere is coed – in even making the showpiece race to a 1993 movie glorifying the Jamaican bobsleigh’s debut at the 1988 Winter Olympics in Calgary.

The Jamaicans captivated viewers by finishing last after crashing in their third – and ultimately final – run, making enough of a splash on the ice chute for the late comedian John Candy to star as their coach.

“Before coming here we joked we were the Cool Runnings of school rowing,” MacDonald said, before Christ’s College’s No 1 crew beat Auckland Grammar by a touch over 6sec.

“We’ve been blown away by how well the team did.”

There is a distinct parallel with the rowers and the West Indians – both had minimal background with their chosen sports before taking on the established order – in Cashmere’s case – Auckland Grammar, Christ’s College, Christchurch Boys’ High School another local rival, St Andrew’s College, who took the bronze. 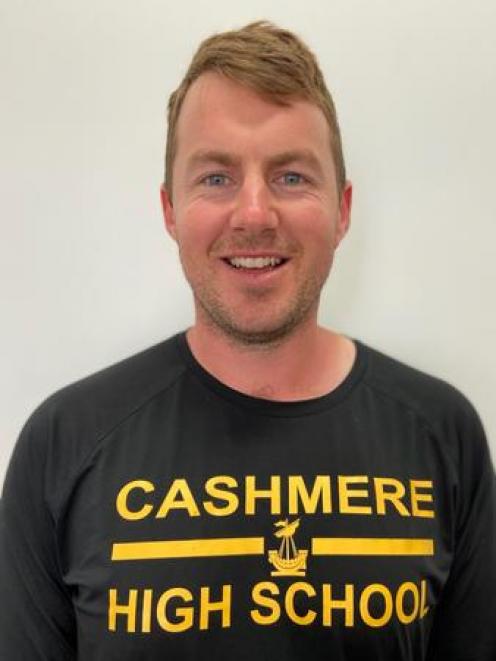 Cashmere embarked on their rowing programme in the 2012/13 season thanks to former PE and health department teacher Ruth Anderson.

Riepen, who headed the Takapuna Grammar programme for three years, joined Cashmere in 2020; the head coach is Hayden Soper.

“I’ve continued what Ruth was working towards,” Riepen said.

“Ruth was a rower back in the day in Nelson. She saw a lot of value in it. She was quite keen to introduce rowing and the principal of the time (Dr Mark Wilson) went to the Canterbury Rowing Club and said: ‘Hey can you take another school?’

“They had eight rowers back then, they did a couple of regattas. It’s grown slowly, we’ve got about 30 (rowers) now,” Riepen said.

Cashmere collected their first South Island club championship medals in February and although the South Island secondary school championships were scuppered by Covid-19, the squad still travelled to Lake Ruataniwha, near Twizel, to complete their preparations. 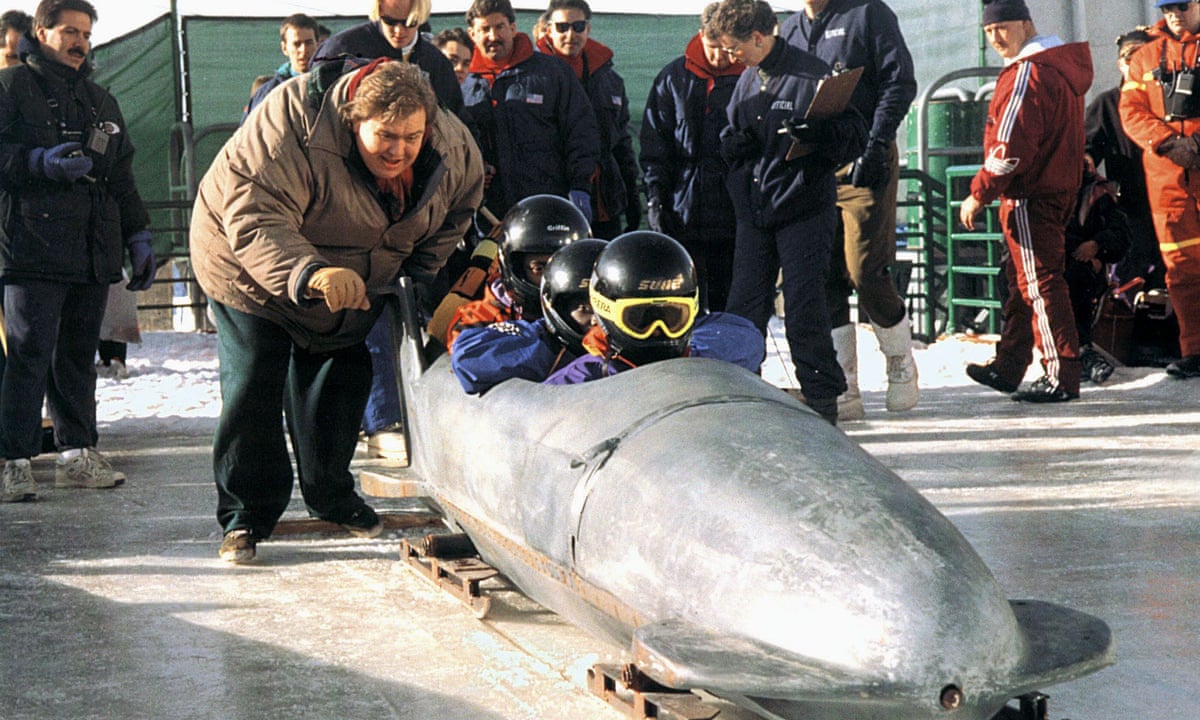 “Before coming here we joked we were the Cool Runnings of school rowing,” MacDonald said, before Christ’s College’s No 1 crew beat Auckland Grammar by a touch over 6sec. Photo: Supplied
Making the boys eight final was no mean feat, considering the disparity between Cashmere those regularly vying for the title.

“When you’re targeting to win an eights race it’s extremely difficult because we only had eight boys return this season,” Riepen said.

“Christ’s College had two eights in the A final and one in the B final. You need numbers if you’re going to put an eight together.”

Riepen had only one under-18 rower in his premier crew – that age group forms the majority of most elite crews. Cashmere even had to use an under-15 rower, James Martin, in the engine room.

“You’d be hard pressed to find an under-15 rower in another school’s top boat. When you’ve got 30 boys to pick you’ve got the luxury of picking the fittest, the fastest, the strongest, the oldest … it’s common they’re 17 or 18,” he said. 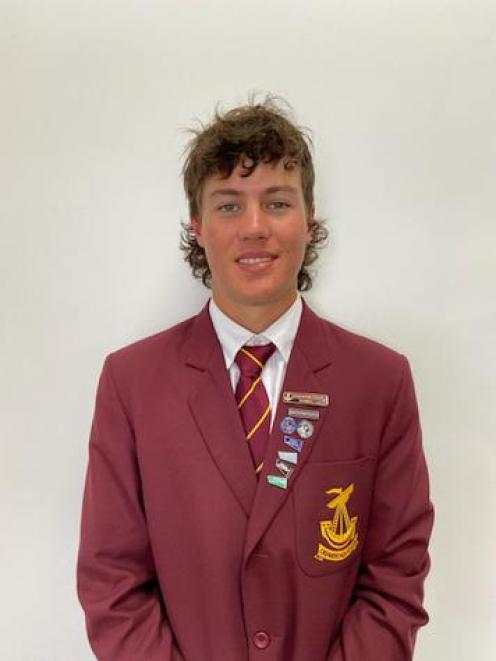 Henry Clatworthy.
Team captain Henry Clatworthy and Pepperell are the only members of the groundbreaking crew to depart at the end of 2021, so Riepen is confident the eight can continue to make waves.

“Seven of these boys were novices last season. They turned up at a shed and said: ‘I want to give rowing a go’. To make that jump from a novice rower to premier under-18 isn’t easy,” Riepen said.

Riepen agreed with the Cool Runnings comparison, after assessing the equipment at Cashmere’s disposal.

“When you’ve got a training eight (boat) that’s good for training on Kerrs Reach but it has a couple of big repairs on it and big grey splotches … to take that away to the big song and dance is a bit embarrassing.”

Fortunately Christ’s College loaned Cashmere one of their boats in Cambridge.

Cashmere made good use of the gesture, winning their repechage after narrowly missing out of direct qualification for the A final when they were overhauled by Christchurch Boys High School and Christ’s College No. 2.

“If you asked them at the beginning of the season if making a Maadi A final was possible being mostly novices, I don’t know if they would have truly believed in the dream,” Riepen said.

“At the beginning of the week they dared to dream that we could match with those well-established and successful Christchurch programmes and we’ve done just that.”

Clatworthy, who previously played rugby and cricket, got on board four years ago because family friends rowed.

“I’m extremely proud. It was a big moment for Cashmere rowing,” he said.

“It was pretty special. We were sitting up there and everyone was looking around seeing Cashmere with all the other big schools.”

Cashmere did secure an A final medal, a silver in the boys under-17 coxed four, with a team comprising Oscar Clatworthy, Clelland, Anderson, Higgins and Pepperell.

The drought broke for Burnside High School’s squad with victory in the girls under-15 coxed quad sculls, their first Maadi Cup gold medal since 1998.

Later on the regatta’s final day Rankin and Ryall combined to win the under-15 double sculls, consigning Cambridge High School to another silver, capping a busy schedule that also saw the pair finish second in the under-16 coxed quad sculls with Emily Ryall, Olivia Dawson and Maye.

They placed 12th equal on the Star Trophy rankings for the top school, ahead of better-resourced programmes at St Andrew’s College, St Margaret’s College and Christchurch Boys’ High School. 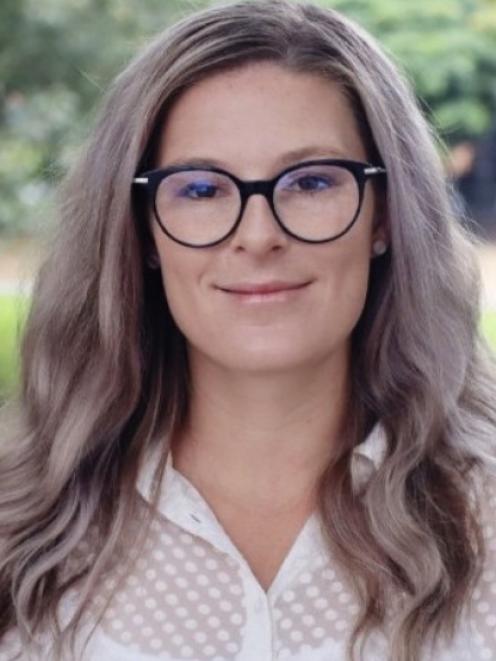 Christina Blackford.
Apart from their medal-winning exploits, Burnside’s 19-strong team all produced personal best times in their events, recognition for the efforts of head coach Christina Blackford, who assumed the role last September.

Blackford’s next challenge is to expand the selection pool, after only three novices joined the squad this season.

“Last year was tough with Covid and the lockdown. I think a lot of people were discouraged from trying something new,” she said.

“Success breeds success so I think a lot more people will be interested in joining our squad.”

Blackford, who rowed for 18 years in Auckland and Christchurch before injury prompted a switch to coaching, applied for the job after coaching many of her team’s parents in master grade at the Avon club.

She faced a tough initiation, taking over shortly after all but one of Burnside’s boats were lost when high winds flipped the trailer carrying them back from last year’s South Island championships at Lake Ruataniwha.

“I came into a bit of a mess, over the first few months it was about getting new boats and blades,” she said.

Burnside gratefully received a grant for a new double scull, which Rankin and Ryall put to good use on Saturday.

Ultimately Blackford would like to see the talented tandem help form an eight.

“Ideally we’d like to get an eight, that’s what all big schools do, they focus on the eight,” she said. 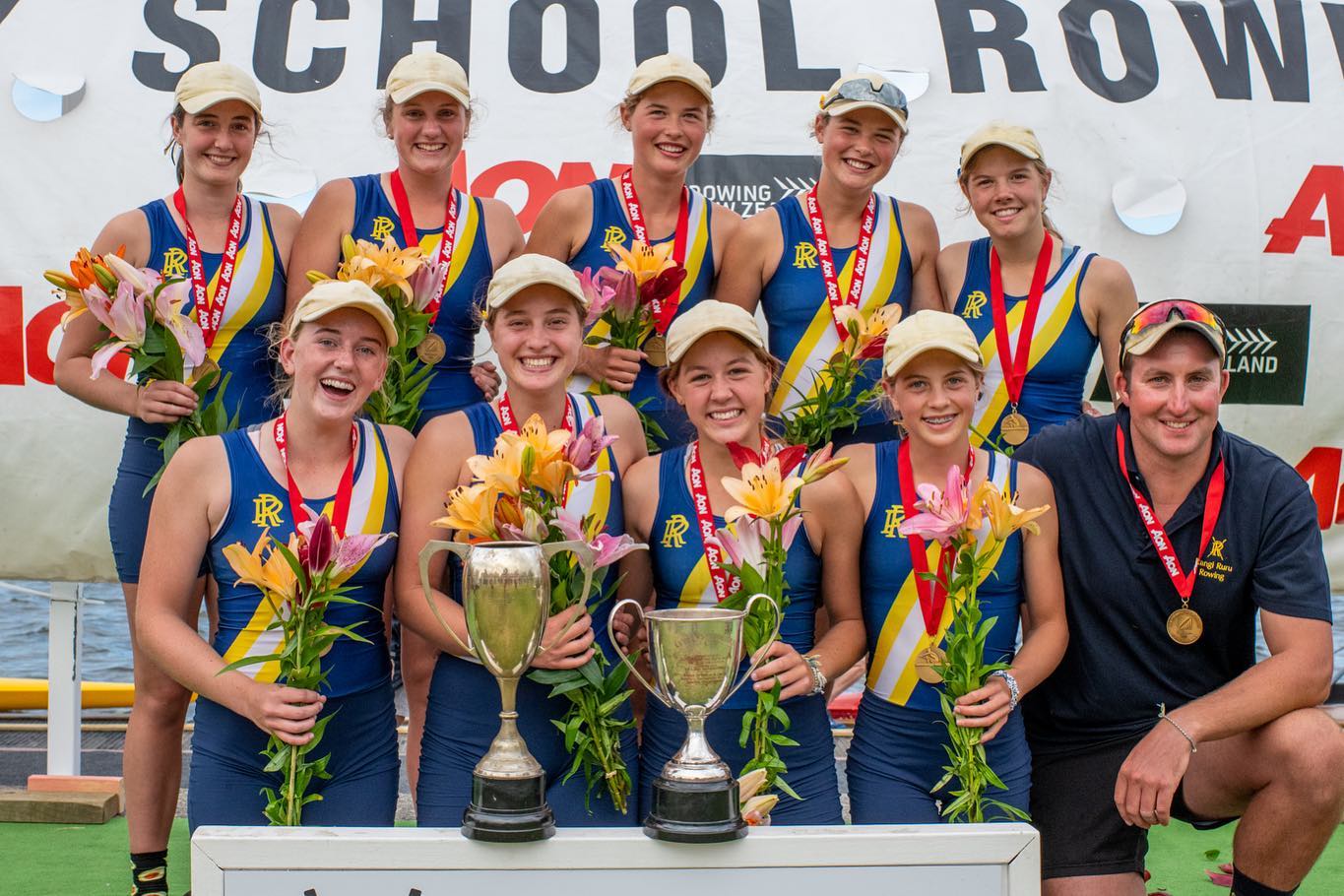 Rangi Ruru Girls’ School produced one of the strongest overall performances in the history of rowing’s Maadi Cup, reaping eight gold medals, including an unprecedented clean sweep of the eights format.

The squad was awarded the Executive Trophy for the overall sweep oar champions plus the Star Trophy for overall champion school.

Rangi Ruru’s haul included golds in all five eights races, a first since the novice eight was added to the Maadi Cup programme in 2014. They also collected two silvers and a bronze.

“After the disappointment of the 2020 Maadi Cup cancellation, the hard work and dedication shown by this squad over the past season has been incredible,” rowing manager Olivia Ling said.

“To compete with so many strong schools from around the country and perform to our very best means a lot.”