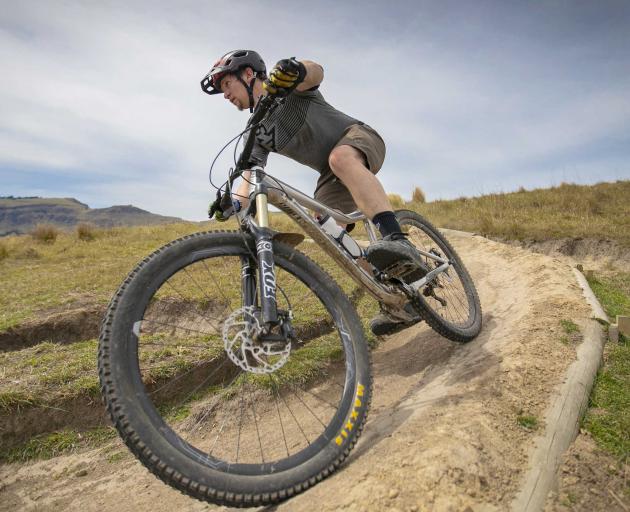 Photo: Newline
Mountain bikers will have a new trail to conquer if plans to expand the track network in a popular Port Hills scenic reserve go ahead.

Christchurch City Council has been working with mountain bike clubs on plans to ease the pressure on Rapaki Track by adding to the tracks at Montgomery Spur Reserve.

The clubs want to build a new intermediate-level mountain bike track that will run parallel to the lower section of the Rapaki Track and connect to the Taramea Mountain Bike Track.

"Mountain biking on the Port Hills is hugely popular and we have seen a significant increase in recent years in the numbers of riders using both the Taramea Mountain Bike Track and the Rapaki Track," said council head of parks Andrew Rutledge.

"Riders use Rapaki Track to enter and exit the Taramea Mountain Bike Track, which is now one of the most popular mountain bike tracks on the Port Hills.

"Some mountain bikers come down Rapaki Track at pretty high speeds and that can cause conflicts with other track users as the track is also very popular with walkers and runners.

"To make it safer for everyone, the mountain bike clubs are proposing to build a new mountain bike track to connect to the Taramea Mountain Bike Track.

"If the track goes ahead, it would mean that mountain bikers could ride completely clear of the busy Rapaki Track," Rutledge said.

He said before the proposed track can go ahead two things need to happen.

"Changes need to be made to the Montgomery Spur Reserve Management Plan, in accordance with the Reserves Act 1977, and a resource consent needs to be obtained as the lower portion of the proposed mountain bike track is within a rock fall zone.

“As required under the Reserves Act, the Council is inviting the public to give feedback on the proposed changes to the Montgomery Spur Reserve Management Plan between now and 5 March.

"A Hearings Panel will consider the submissions received and make a recommendation to the Council. If the Council decides to give approval for the proposed changes to the management plan to include the new track, we will then apply for a resource consent.

"We’ll also apply for a resource consent for the new Kowhai Walking Track, which will start a bit further up Rapaki Track from the proposed new mountain bike track.

"It will take walkers to the top of Montgomery Spur before returning them to Rapaki Track, at the entrance to the Taramea Mountain Bike Track."

Have your say on plans here.