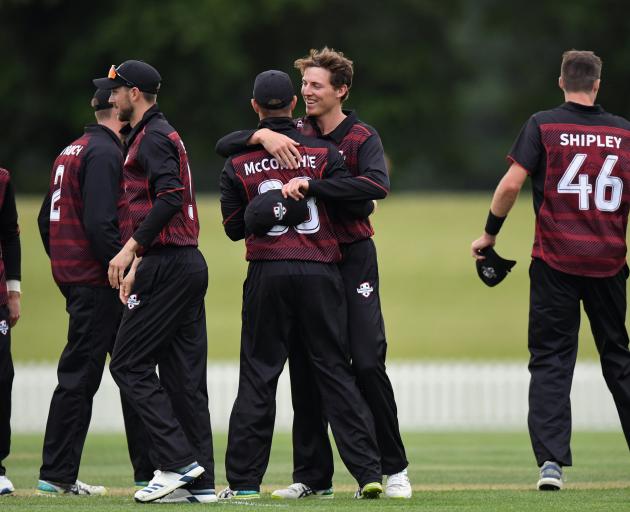 Going into the final over on Wednesday, Northern required nine runs for victory with just one wicket in hand as they looked to reach Canterbury's first innings total of 283.

However, Canterbury "held their nerve". A tidy final over from captain Cole McConchie meant the visitors were unable to find a boundary and fell short after needing four runs off the final ball to win.

"It was certainly tighter than we wanted it to be, but the guys did really well and held their nerve," said Canterbury coach Brendon Donkers.

Earlier, McConchie won the toss and elected to bat. Jack Boyle and Chad Bowes got off to a quick start with Canterbury on 39/0 in the 7th over.

However, both batsmen fell in the space of two overs, leaving Stephen Murdoch and Ken McClure to rebuild.

The pair put on a 62-run stand for the fourth wicket, until they both fell in quick succession.

Some real momentum was then built by McConchie and Andrew Ellis at the crease.

The senior pair put together a 99-run partnership before Ellis was unluckily run out for 49 at the non strikers end when Anurag Verma tipped a McConchie drive onto the stumps. 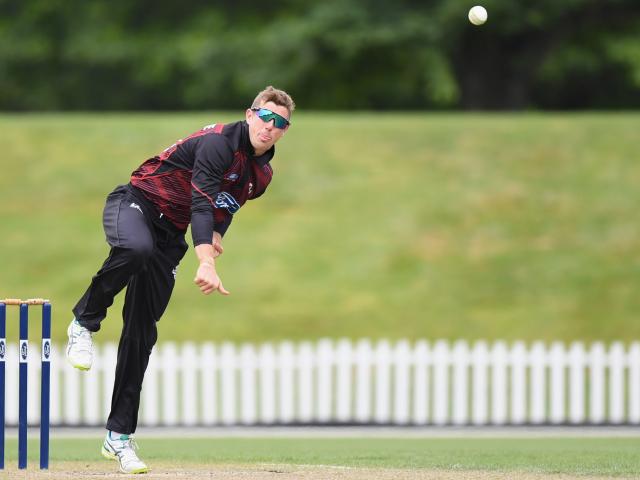 Some tight bowling from Cole McConchie in the final over helped Canterbury sneak home.
McConchie departed soon after for 58 after being caught reverse sweeping off Ish Sodhi with the score at 221/6 in the 41st over.

The Canterbury lower order looked to put up a fight in the form of Cam Fletcher (16) and Henry Shipley (27). However, the side's final three wickets fell for just nine runs to finish on 283  all out after 49 overs.

Canterbury's defence got off to the perfect start when Shipley clean bowled danger man Tim Seifert with an in swinging yorker.

Northern swung the momentum back in their direction courtesy of Katene Clarke and Dean Brownlie who had no trouble finding the boundary and helped their side to be 72/1 in the 11th over.

The dismissal of Clarke by Ellis for 36 brought Joe Carter to the crease, who provided support for Brownlie. However, when Brownlie (66) was caught behind off the bowling of McConchie, and Carter (20) was edged out by Andrew Hazeldine, Canterbury once again seized the initiative.

With the score at 134/4 after 26 overs, Henry Cooper flew the flag for Northern in their run chase, while wickets fell around him.

Cooper raced through to 45 from 41 deliveries before being caught at deep mid-wicket off the bowling of Ed Nuttal.

Scott Kuggeleijn was the next to go at the hands of Nuttal, and at 226/8 in the 45th over, Northern's resistance looked over, requiring more than 10 runs per over.

However, Anurag Verma upped the ante and smashed Nuttal for six twice in the same over to eventually take the game to the final over.

Nuttal finished the best of the bowlers with 3/69, while Ellis’ bowling through the middle overs also proved pivotal taking 1/38 from eight overs.

The win sees Canterbury remain undefeated in the 50-over competition after four rounds and one point clear of Auckland in second.

They will now face Auckland at Hagley Oval on Friday.

Donkers said the side's impressive start to the season can be put down to a number of factors, including growing experience in the squad.

"There's an experience thing, but it's also an expectation thing this year. We're obviously playing some reasonable cricket and everyone is contributing which has been really pleasing," he said.

The match against Auckland starts at 11am. It will be Canterbury's last match before they start their Twenty20 Super Smash campaign against Wellington at Hagley Oval on December 15.