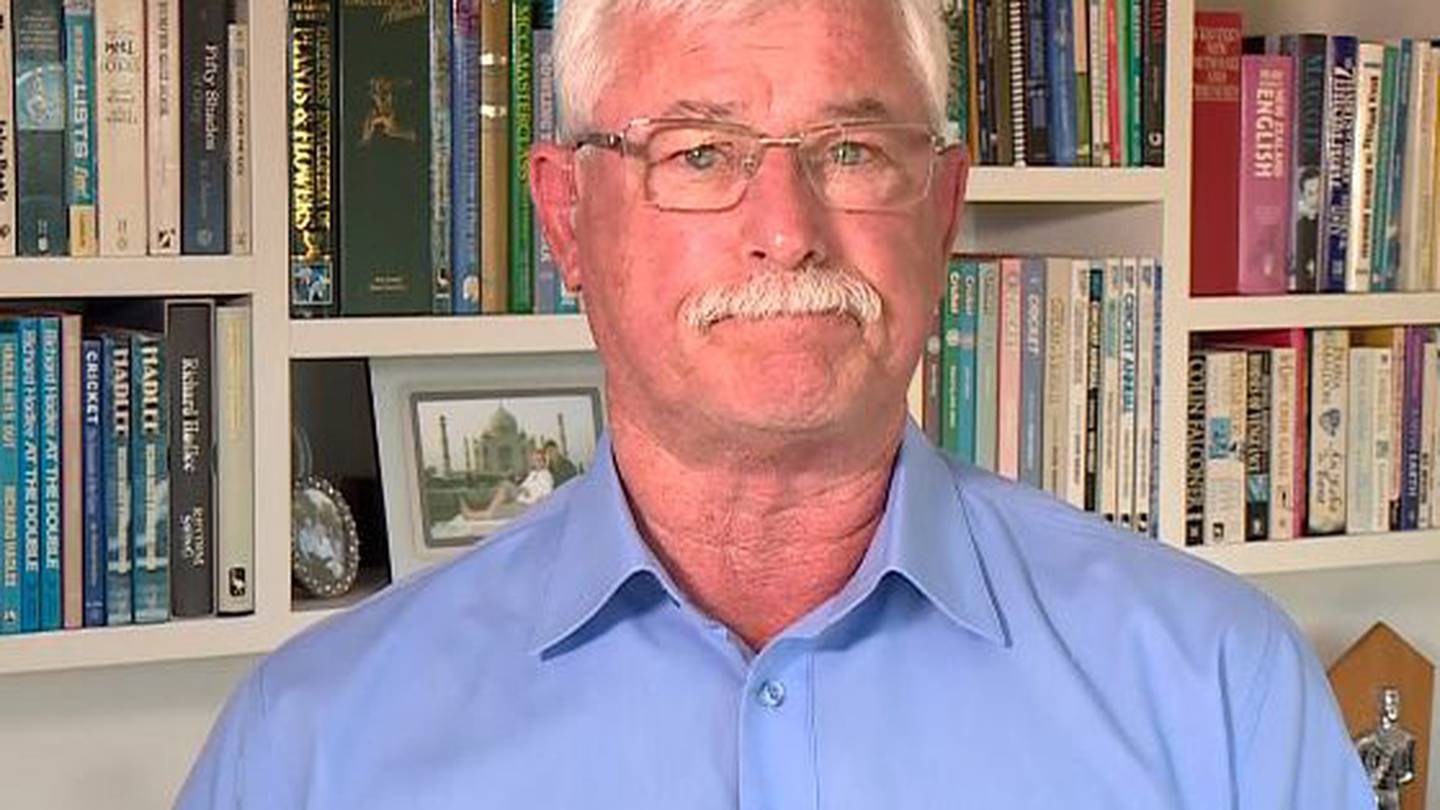 Sir Richard Hadlee was on TV to talk cricket - but viewers saw more. Photo: Seven Sharp
Never judge a book by its cover.

The cricketing icon was on television discussing the recent Black Caps' success, heaping praise on the team, labelling them "the complete package".

But as he shared his thoughts, one eagle-eyed viewer spotted that one of the books on Hadlee's shelf was not like the others.

Amid cricketing almanacs and biographies - and multiple titles on the man himself - stood a copy of raunchy bestseller Fifty Shades of Grey.

A Twitter user noted the "very interesting areas on the great Sir Richard Hadlee's bookcase" and shared his findings.

Cricket fans were tickled by the revelation, with one suggesting the book gave new meaning to Hadlee's 'Paddles' nickname.

"Master of rhythm and swing," noted another.

Some questioned whether the legend has been set up, while another wondered whether Hadlee "thought it was a book about hair colouring".

"He's been known to bowl a maiden over," said one tweet.

Hadlee is widely considered one of the greatest fast bowlers and all-rounders in the history of cricket.

Christchurch-born Hadlee's long career saw him take New Zealand to the top of global cricket, smashing records and notching up victories around the world.

After his playing days, he remains a fixture in the cricketing community and spent eight years chairing the New Zealand board of selectors.