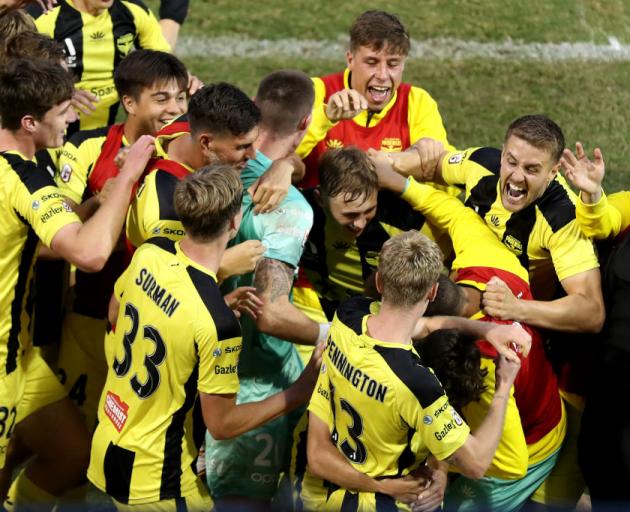 Nicholas Pennington of the Phoenix celebrates with team mates after scoring a goal during the A-League Mens match between Wellington Phoenix and Perth Glory. Photo: Getty Images
For the second time this season, the Wellington Phoenix have conjured up a last-minute miracle.

It looked like their recent frustrating run was going to continue on Saturday night, before Nicholas Pennington popped up with a 97th minute winner to seal a 2-1 win over Perth Glory.

It's the kind of moment that can turn a season, as the midfielder drilled a half volley just inside the near post, after the ball broke to him from a corner, with time all but up.
It sparked massive celebrations.

"It means so much to us," said an elated Pennington. "We have so many important players out and we just pulled together as a team."

Until that moment, the Phoenix looked headed for another disappointing result, especially as the Glory were reduced to 10 men for most of the second half.

The Phoenix had led through a superb first half Ben Waine goal, but probably should have been further ahead, before the Glory equalised early in the second half with a rare chance.

To compound matters, the Phoenix may have lost key midfielder Clayton Lewis for an extended period, with the All White stretchered off in the 70th minute with what appeared to be a serious ankle injury.

It will add to the difficult upcoming assignment for the Phoenix. They are still well placed on the ladder, but have had their squad stretched to the limit in recent weeks, with international commitments and a serious of injuries.

They have six games in 19 days before they return to New Zealand and may also be without Ufuk Talay for at least one more match, after the coach was absent from the dugout on Saturday due to Covid isolation.

Perth came into the match bottom of the table, after picking up just one point from their last four games, though they remain a stubborn defensive unit.

The first Phoenix goal was an absolute cracker, a deft finish from Waine. Still with a spring in his step after his debut All Whites goal, Waine showed tremendous skill and confidence to lob the keeper with a cushioned first-time volley, after a lofted pass from Gael Sandoval.

The Phoenix were completely dominant in the first half but lacked a clinical edge, failing to make the best of a series of half-chances.

That profligacy was punished shortly after halftime, when Nicholas Fitzgerald nipped in to equalise, in a rare Glory attack.

But Osama Malik saw red three minutes later, for bringing down Waine, which should have been the catalyst for the Phoenix to relaunch. But they struggled to make the most of their numerical advantage and became a bit frustrated, losing their flow and composure.

Things got a lot worse with 20 minutes to go, as Lewis had to be stretchered off, after a considerable delay.

Sam Sutton came close to a spectacular goal, with his long range drive tipped onto the post at full stretch by Liam Reddy, while James McGarry was denied by a desperate block, but otherwise the Phoenix struggled to break down the massed Glory defence, until Pennington's match-winning moment. 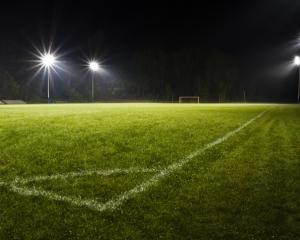 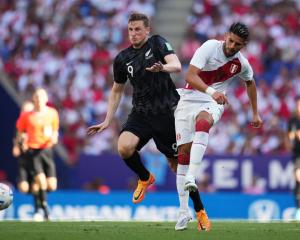 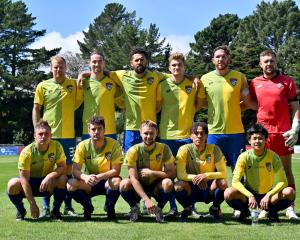