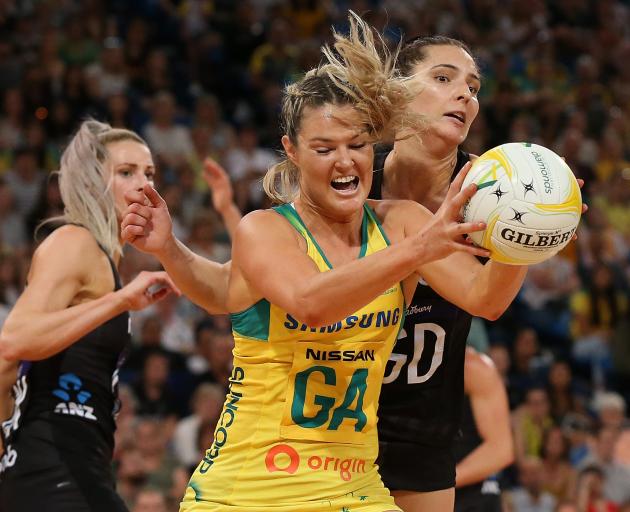 In less than 24 hours, two of New Zealand's World Cup champion sides were put to the test.

And on both occasions, they were outclassed, leaving a sombre feeling amongst Kiwi sports fans.

The Silver Ferns failed to reclaim the Constellation Cup after suffering a 53-46 loss in the final test of the trans-tasman series in Perth.

Following a nail-biting one-goal win over the Diamonds last weekend, the Ferns' lacklustre performance was received with shock – an all too familiar feeling for sports fans still mourning the All Blacks' Rugby World Cup semifinal loss to England overnight.

It was the closest the Ferns had come to lifting the trophy since 2015 and would have been only the second time in the series' history.

But a shot at the dream will have to wait another year.

A shift in momentum in the third quarter for the Ferns almost promised another dazzling comeback for the New Zealand side but a slow start - and a handful of questionable calls - haunted their chances.

In what was perhaps coach Noeline Taurua's most unusual call of the series, Bailey Mes got the nod to start at goal shoot, leaving Ameliaranne Ekenasio, who shot at 93 per cent in last weekend's game, on the bench.

The controversial selection didn't pay off. Mes conceded five offensive contact penalties within the opening ten minutes, while netting only two from four attempts.
With the Diamonds taking full advantage of the Ferns' sluggish attacking start, Taurua summoned Ekenasio to the court, returning to her Netball World Cup-winning combination.

In her 150th test for the side, Ferns veteran Maria Folau carried the team with a 100 per cent hit rate in the first half. The lack of opportunities to shoot though was what kept them out of touch.

Behind by a massive 13 goals at halftime, not much was going right for the Ferns.

Captain Laura Langman conceded plenty of turnovers and only managed to successfully find her shooters six times from the circle edge.

Meanwhile, Caitlin Bassett and shooting partner Gretel Tippett dominated the circle with impressive accuracy while Liz Watson set the pace in the midcourt.

In the same fashion they claimed their Christchurch and Sydney wins, the Silver Ferns hit back with a dominant second-half performance to creep back into the match.

Diamonds coach Lisa Alexander was quick to respond though, introducing Ash Brazil at centre and debutant Maddy Turner at goal defence to see Australia settle and rediscover their momentum.

Not granting the Ferns enough opportunity to catch-up, Bassett sealed the Diamonds' win before wrapping her hands around the trophy once again.