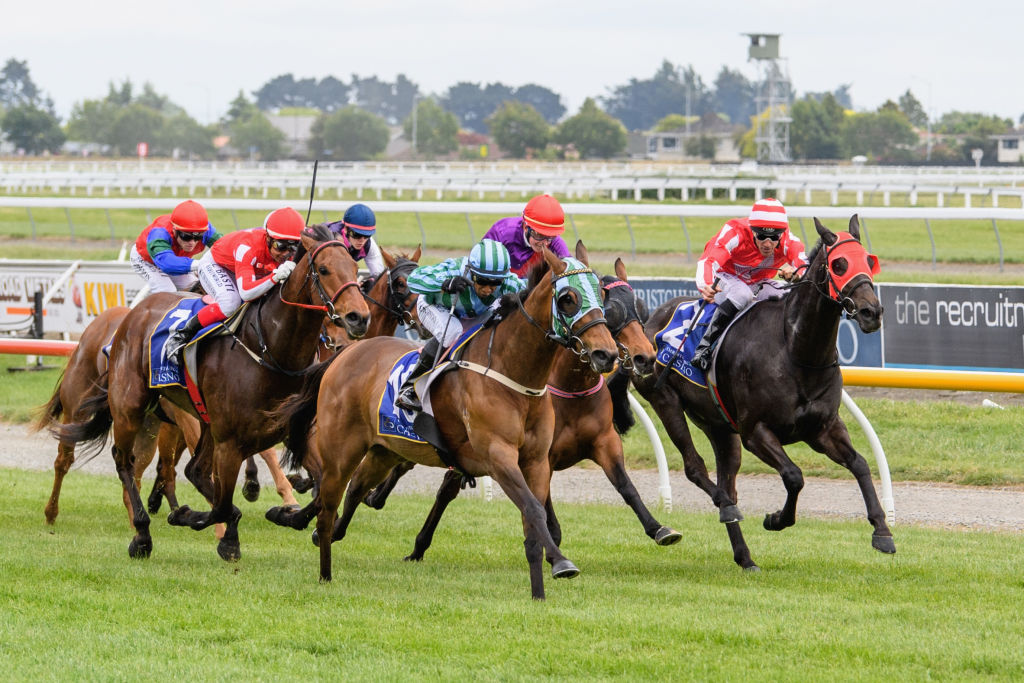 Morgenrood (far right) riding at Riccarton Park in 2018. Photo: Getty Images
Jockey Brandon Morgenrood has been disqualified for life over charges relating to a conspiracy to harm a rival jockey who was his ex-partner during a race at Riccarton.

The 42-year-old was issued the penalty by the Judicial Control Authority at a hearing last week after pleading guilty to three charges relating to his planned attempt to cause his ex-partner, fellow jockey Tina Comignaghi, to fall during the race on February 21.

The specific charges claimed Morgenrood threatened to cause Comignaghi, a  Class A Jockey, to fall in Race 4 at the Canterbury Jockey Club meeting in breach of Rule 801(1)(s)(i) of the New Zealand Rules of Thoroughbred Racing.

He was also charged with an act that caused undue suffering to the horse, Vivace Lady, by pulling on its mouth unnecessarily while riding it in track work. The horse suffered cuts and abrasions to the inside of its mouth in breach of Rule 801(1)(p) of the New Zealand Rules of Thoroughbred Racing.

And on February 18, 2020, he was accused of counselling jockey Brett Murray to commit a serious racing offence by encouraging him to ride in a manner that would assist him to cause Comignaghi to fall, an offence under Rule 801(1)(w) of the New Zealand Rules of Thoroughbred Racing.

Stewards heard that after their relationship ended in December last year, Morgenrood had regularly sent inappropriate messages to Comignaghi.

On February 9, Morgenrood sent a text to his ex-partner stating "I'm gonna f**K u over big time!". As a result of the threatening and abusive texts, Comignaghi ‘blocked’ Morgenrood from communication, but the harassing and intimidating behaviour continued.

Morgenrood then put one cent into her bank account with the description "F**k u", "2x" and "again".

It was discovered that Morgenrood, who had been riding Vivace Lady in track work, had been pulling unnecessarily on the horse's mouth for several days, with his motive being to ensure the horse would react in a particular way with the knowledge Comignaghi would ride the mare.

Stewards also heard how Morgenrood approached Murray on February 18 and asked him to push up on his mount in the race on February 21 to prevent Comignaghi from crossing, leaving her exposed to Morgenrood who would then be able to cause interference.

On the day of the race, two trials were held before the commencement of the meeting. Prior the first trial, Morgenrood entered the female jockey's room where a heated discussion took place with his ex-partner.

Comignaghi told Morgenrood to “drop it, drop it” and to leave the room, to which Morgenrood replied “the only thing that’s going to drop is you in the race”.

The interactions were witnessed by another jockey who reported it to stewards.

Morgenrood's counsel said his client did not willingly accept his actions amounted to being guilty of the offences, but he does accept his guilt.

He said Morgenrood was remorseful and ashamed that it was thought he would deliberately set about hurting a fellow jockey.

In delivering the life ban, stewards said such a calculated, premeditated and intentional offending had no place in racing. They said the overall plan was to ride in a specified and tactical manner, which would have placed Comignaghi in a potentially grave predicament, along with other riders and horses.

Morgenrood has previously been issued a life ban for race fixing in South Africa, where he was licensed from 1992-93 to 2015-16. But that was reduced to a five-year ban on appeal.

He was stood down by stewards from riding on the day he was plotting the mid-race incident. 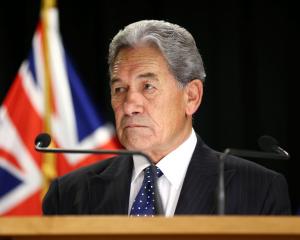 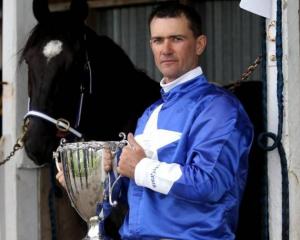