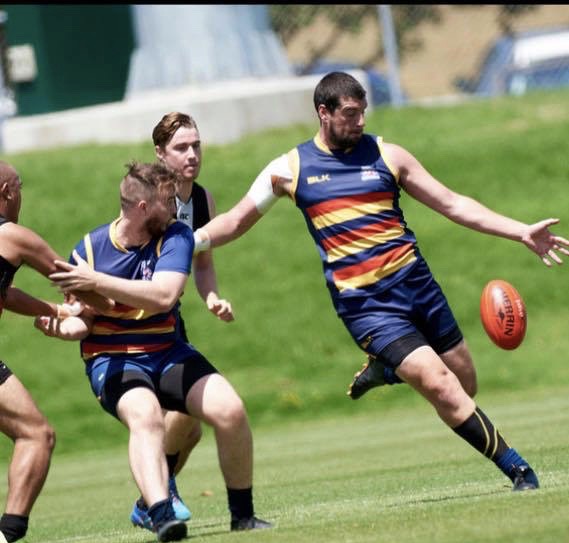 Lincoln rugby player Kris Wilder is playing in the New Zealand AFL competition for the Western Crows. Photo: Supplied
A senior rugby player in Canterbury has had a whirlwind code-hop to Australian rules football.

After being encouraged by a friend to try the sport last year to improve his rugby fitness, former Lincoln senior player Kris Wilder, 27, played five games for the University Cougars in Christchurch. He was then selected in the New Zealand AFL draft in November.

He has played two games for the Western Crows in the national competition in Auckland, playing full-forward and kicking six goals.

The four-team competition will see Wilder travel to North Harbour Stadium each weekend for the 10-week competition.

“I played five games for the Canterbury University Cougars and obviously did enough to be on the radar for the draft.

“It cost $600 to enter it but if you get drafted that covers your 10 weeks of flights to Auckland and your meals, kit, warm-ups and ice baths etc.

“It’s quite professional in that sense, it’s like the Mitre 10 Cup in rugby, that’s the best way I can describe it.” 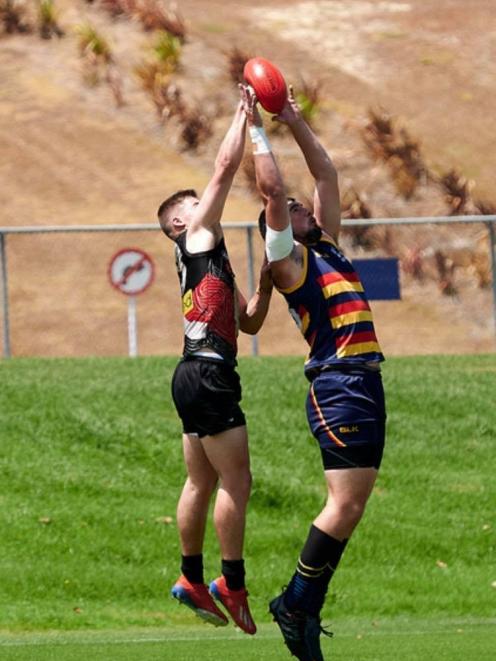 Kris Wilder during his first New Zealand AFL match this month. Photo: Supplied
In 2018, the average Australian AFL player earned A$369,000 (NZ$385,000) - but Wilder says going professional is a long-shot, not only for him but for most New Zealand players.

“My goal is to make the New Zealand Academy team at the end of the season because there will be an Aussie team that will tour here and I’d like to test myself against them,” he said.

“The difference in standard here compared to Australia is huge - Aussie kids smash us and I don’t think it will be about the money for me at this point.”

He said he planned to play senior rugby this season and bring up 100 games for the Lincoln premier team.

“This has taken me a lot further than I thought it would considering I just wanted to do it to be a fitter, better rugby player.

“It is a fast game with a lot of running and a heap of athleticism and I’m keen to just see where I end up with it.”