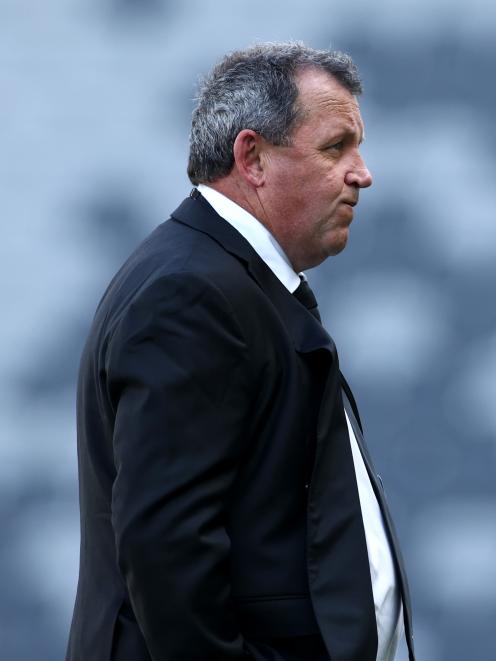 For a team with lofty expectations such as the All Blacks, it is completely unacceptable.

Successive defeats for the first time in nine years paints a stark picture of where this team, at the beginning of a new cycle, sits.

Saturday’s historic 25-15 loss to Argentina, which followed last week’s loss to the Wallabies in Brisbane, is a black mark no All Black wants against his name. So, too, Ian Foster who has the worst win rate (40%) of an All Black coach after five tests since Alex McDonald in 1949.

Foster shrugged off mounting pressure but the manner in which the Pumas brought more passion, urgency and accuracy to their triumph cut the All Blacks deep, leaving them searching for answers as to how they were upstaged by a side that had not played a test for 402 days.

"It’s been a massively difficult year for everyone but ... we’ve been met with a team with a little bit too much passion for us and we’ve got to sort that out," Foster said.

"There’s no excuses. It’s an All Blacks jersey and we want to be at our best every time.

"This role always comes with pressure so what I feel right now is massive disappointment. The key right now is we’ve got a lot of good people in this group, we’ve shown we can perform at a high level and we’ve just got to go back to doing it."

Foster, his new coaching staff and leadership group have plenty of areas to confront before their chance to seek revenge on the Pumas in two weeks, in their final test of the year.

Absent composure is not an easy fix. The All Blacks of Richie McCaw’s era escaped countless defeats through holding their nerve under intense pressure.

On this occasion, in the final 10 minutes alone, the All Blacks squandered three try-scoring chances which prompted captain Sam Cane to defend suggestions the team is lacking leadership.

"If you look through the team, I think there’s plenty of experience, but there’s no doubt there were times in that game where, as individuals and as a team, we didn’t have as much composure as we would have liked," Cane said.

"That’s a clear area of focus for us but I think we’ve got the right men in there for the job."