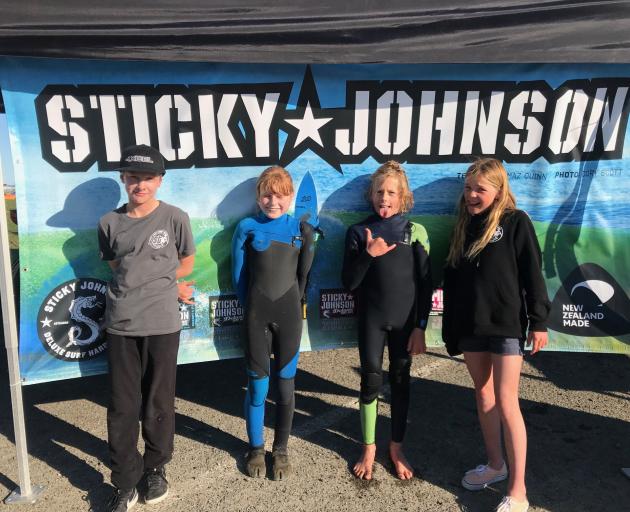 Benji Lowen and Amelie Clarke competed in the year 6 and under division with Jack Tyro and Poppy Entwisle taking on the year 7 division last weekend.

A sizeable surf greeted the 94 competitors on the first day of competition at the Gizzy Pipe at Midway Beach.

Benji and Jack surfed heats in the round-robin phase of the event to make the semi-final showdowns with other unbeaten surfers.

In the semi-finals, Benji and Jack continued their momentum, winning respective semis and moving into the finals to surf for New Zealand titles.

The finals were close and Benji and Jack had similar results, only this time they both came up short and finished second in the four-person finals.

Amelie and Poppy narrowly missed out on the finals round by one placing.

However, with this being their first visit to Gisborne for the championship the experience will be invaluable for next years comp.

The young surfers did the South Island proud by finishing in fourth position for the club trophy.

If you are interested in joining Point Surf Team Boardriding Club go down to the Esplanade at Hardwicke St between 10am and noon on Saturday for registration day.