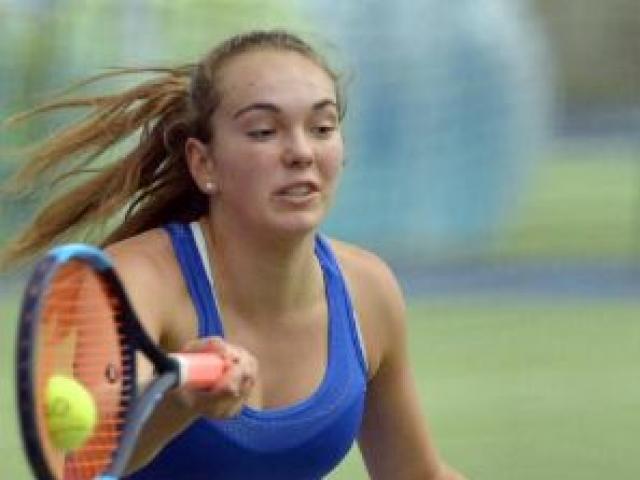 Abby lost just 11 games and did not drop a set in four matches in winning the under-16 girls title.

Her coach James Meredith said the tournament was a good lead-in for nationals and allowed players to match up against each other prior to the big event.

The rest of the Canterbury charge went well, with Cashmere players in the mix.

The best performed was 11-year-old Lucia Gale who finished second in the under-12 girls category.

Coach James Meredith said Lucia had a chance at 5-4 in the first set but unforced errors against a taller, bigger opponent eventually told.

"This was a good opportunity for Lucia to test herself against her before they're likely to meet at the nationals (in December," Meredith said.

"Lucia is only 11 and did her best to handle the extra height and the windy conditions as well as she could."

Cashmere duo Jake Parsons and Mac Bulman met in the third and fourth playoff in the under-12 boys category with Parsons prevailing after Bulman had to retire hurt with the score at 3-6 5-1.

Lily McHarg finished 12th in the under-12 girls category after losing 2-6 1-6 to Maia Krzanic-Sullivan.

Liam Barrett finished fourth in the under-14 boys draw after the fifth seed lost his third and fourth playoff to Carlson Lim 1-6 3-6.

Eliana Roelofs finished 15th in the under-16 girls draw.

The 13th seed finished her campaign with a 6-3 6-0 victory over Nelson's Ashley Welsh.