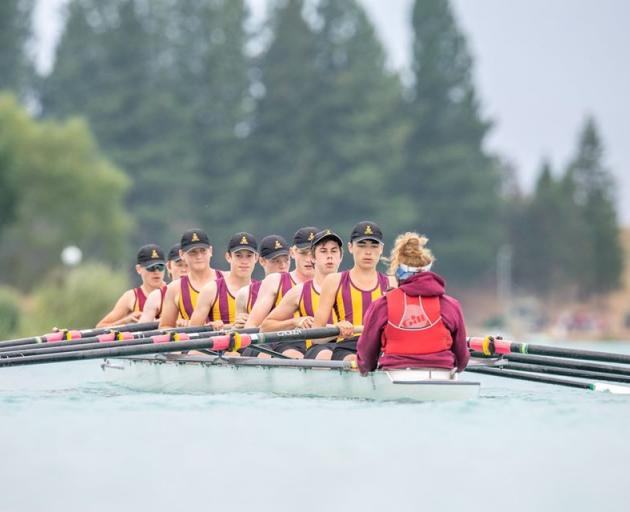 The Cashmere High School men's novice eight earned a silver medal at the South Island regatta on Lake Ruataniwha near Twizel. Photo: Cashmere High School.
Cashmere’s 19-strong team had plenty of success in one of the key lead-up events to the national regatta, the Maadi Cup at the end of March which is the pinnacle of the secondary school season.

Cashmere made 10 A finals and came home with a gold, two silvers and a bronze medal from the event.

The boys under-16 coxed quad of Fitzgerald, Higgins, Anderson, Evans and Young finished eighth in their final.

The crews will now continue their preparations for the national secondary schools’ Maadi Cup event on Lake Ruataniwha which starts on March 30.